A giant factory flooded the world with trams. It didn’t survive the 90s, one wall remained 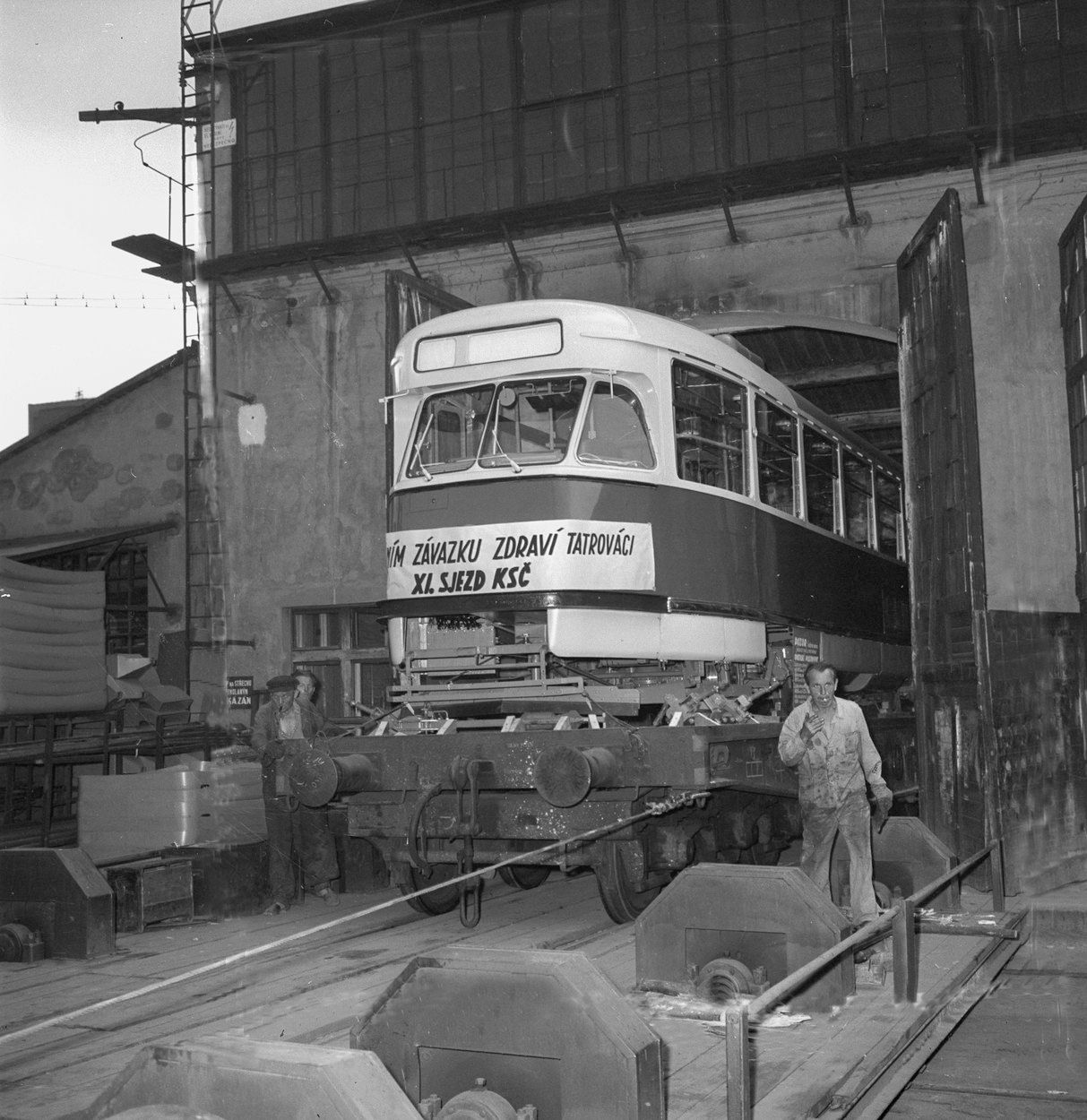 170 years ago, the Ringhoffer-Tatra factory was founded in Smíchov, Prague, which over time became the largest supplier of trams on the planet. The biggest success came with the iconic Tatra T3 type, for which the factory delivered 14,000 cars to nearly fifty cities around the world between 1962 and 1989. Almost nothing remains of the factory to this day. Instead stand shopping centers, offices or hotels.

At the beginning of the story, František Ringhoffer is a journeyman with a pot-making workshop in the Old Town of Prague, in the end he is one of the most important and most powerful industrialists in all of Austria-Hungary, i.e.

If the story of the amazing Ringhoffers family is seen through a 1930s lens, it’s almost like a fairy tale. But the reality is different.

The decline began when, after the occupation of Czech territory, on the brink of a Nazi-wrought disaster, the Ringhoffers acquired Reich German citizenship and then joined the NSDAP. “Brothers František and Hanuš Ringhoffer knew Czech. Hanuš graduated from Czech and must have used it in everyday communication, according to surviving testimony,” added historian Pavel Bek.

Immediately after the end of World War II, these steps meant only one thing. Company nationalization. The last member of the JUDr dynasty. Hanuš Ringhoffer died in December 1946 in exile in Mühlberg an der Elbe.

The first of a famous engineering family, originally from Hungary, František Ringhoffer set up a workshop in Prague in the late 1860s. His descendants then expanded the company and transferred it first to Nové Město and then to his grandson František Ringhoffer II. in Smíchov, where a large production area was established on 19 November 1852 between Plzeňská and Kartouzská streets, which was further enlarged in the following decades.

At that time, the Ringhoffers began manufacturing railroad cars, and from 1876 they also produced trams. Meanwhile, František was rapidly climbing the social ladder. First, he became mayor of Smíchov, received a knighthood, became a member of parliament and was soon raised to the status of a nobleman. During the First World War, the Ringhoffer factory produced 20,000 wagons.

After the founding of Czechoslovakia, the company turned into a company engaged in transportation engineering. It absorbed the Kopřivnická (Tatra) highway, the Moravian-Silesian highway at Studénka (Vagonka) and the wagon factories in Kolín and Česká Lípa. Gradually becoming one of the largest wheelbarrow manufacturers in the world. In 1936, the Ringhoffer Works merged with the Tatra Works.

The famous engineering factory transformed the outskirts of Prague beyond recognition. It is from here that tens of thousands of tram and rail cars leave for the world, among them trains in the saloons of the Austrian Emperor Franz Joseph I, the King of Romania or the Pasha of Turkey. The Aza 80 saloon car for President TG Masaryk was also produced here, as well as the car for the cable car to Petřín.

After nationalization in 1949 and 1950, the entire company was broken up into individual factories, which became independent. The original Ringhoffer factory in Smíchov became the national company Vagónka Tatra Smíchov, which in 1963 was incorporated into the corporate structure of the ČKD Prague branch.

He still manufactures thousands of trams, which Czechoslovakia also exported in large quantities abroad. The Smíchov factory is the largest producer of this means of transport worldwide. The T series cars have almost become the exclusive means of tram transportation in the East Block. The greatest success was brought by the iconic Tatra T3 type, for which the factory delivered nearly 14,000 cars to nearly fifty cities around the world between 1962 and 1989.

However, the engineering company did not survive the political and economic changes at the turn of the 1980s and 1990s. It first moved to Prague’s Zličín under the Siemens brand, and disappeared completely in 2011. Of the giant factory in Smíchov, only the facade on Plzeňská Street, adjoining a shoe shop, and the Art Nouveau villa near Kartouzská have survived to this day.