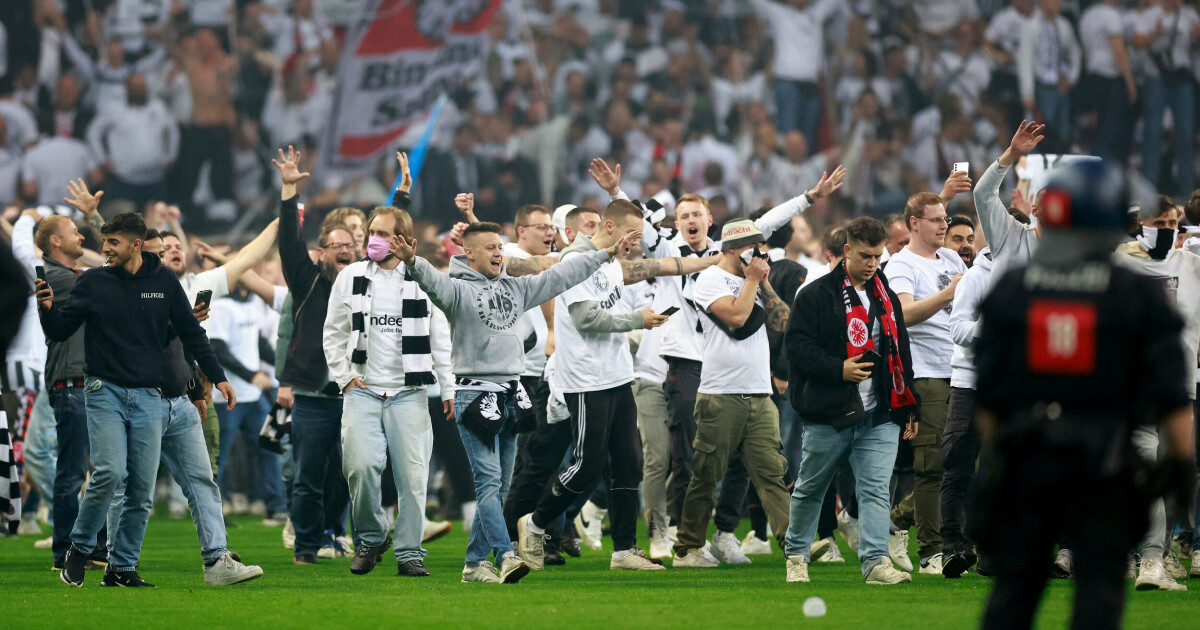 Jens Petter Hauge’s Eintracht Frankfurt did the job at home in a fine finish against West Ham. Germany won 1-0 tonight and 3-1 overall. Thus, they are ready for the Europa League final. In the final, Scottish Rangers await.

– This is a big moment for the club, commented Viaplay commentator Kasper Wikestad after the game.

As the referee blew the whistle, the home team’s fans stormed the pitch. Several supporters immediately ran towards West Ham supporters in one corner of the stadium. They were eventually chased away by the police.

– This is not good for player safety. Nobody wants to see this. Not many good scenes, says Eirik Bakke at studio Viaplay.

Hauge Norway was ready for the final and himself was an important part of the win. Among other things, he received a red card for West Ham.

The Norwegian was traveling alone with the goalkeeper when he was pulled off by West Ham’s Aaron Cresswell early in the first half. The first referee gave Cresswell a yellow card, but after a VAR check he changed his mind and gave the West Ham player a red card.

West Ham’s Declan Rice admitted after the game that the red card was correct, but still slammed the game’s leader.

“The referees seem to make every decision for them, and when you have someone against you you can’t do much,” Rice told BT Sport.

He further said that he was proud of his team.

– To get down to 10 people and still give this match. Many teams will give up and lose by three or four. “The way we tried to defend and come out with a guy less underlined what West Ham is all about,” said Rice.

Not long after the red card, Eintracht played freely on the right side. Ansgar Knauff then hit Rafael Borre to put the home side 3-1 up.

West Ham provided the right try in the second half, but with one man lacking, the task became difficult.

Towards the end, it was also for guest manager David Moyes. TV pictures showed an angry Moyes kicking the ball to the touchline and the referee finally showing the shot.