Attacks on residential areas in Kyiv 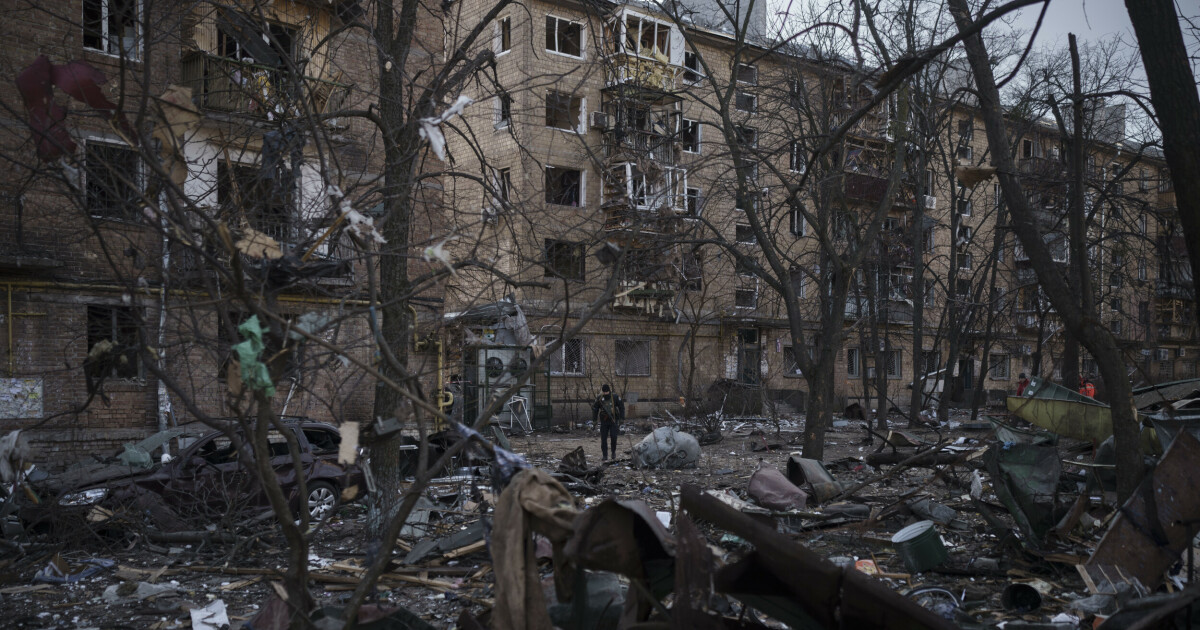 The Podil district in the Ukrainian capital Kyiv has been hit by a Russian attack, local authorities say. CNN.

Rescue teams and health workers were working in the Podil area after the attack in a residential district north of the capital on Friday morning, the news channel reported.

The Kyiv Independent wrote on its Tegram account that one person was killed and four injured after the attack.

Firefighters are currently carrying out the process of extinguishing a fire that occurred in the building after being hit by the remnants of a cruise missile.

The first reports of the fire must have arrived at 08:00 local time. Arriving at the location, firefighters saw a fire from the first floor to the third floor of the five-story building.

Previous plane alarms have also been sounded in Kyiv, some media reported.

Several explosions were reported in Lviv in western Ukraine on Friday morning. An attack is said to have hit the airport area near the city.

Images showed thick smoke rising from the city on Friday morning, and the mayor Andrij Sadovyj confirmed they had been hit.

He said according to Reuters the area of ​​their airport was affected, but the rockets should not have hit the airport itself.

This is a maintenance facility for planes that have been destroyed, he said according to Sky News.

Earlier Friday, there were reports that the plane’s alarm had gone off. It also happened in Kyiv, Odesa in the south, Uman in the center of the country, and in the Khmelnytsky region in the west, wrote BBC.

However, the Russians have not confirmed this information, but they generally say little about the losses they suffered in the war.

Ukrainian defenses say they have now launched an operation aimed at pushing Russian troops out of the outskirts of Kyiv.

Oleksandr Pavljuk, who heads regional defense in the capital, told Ukrainian TV late Thursday that there was “resistance from the enemy”, Ukrainian news agency Unian reported.

The Russian unit was on the move, he added, but said he could not provide further details because operations were ongoing.

“Reluctance to maneuver transversely, lack of control over the air and limited usability, prevent Russia from efficiently supplying its troops with basic necessities such as food and fuel,” they wrote.

The constant counter-offensive by Ukrainian forces has also forced Russia to use most of its troops to defend its own supply lines, they added.

The same picture was depicted in a recent British intelligence morning report, in which they wrote that the invading forces had made “minimal progress” this week.

– Ukrainian troops around Kyiv and Mykolaiv continue to undermine Russian efforts to encircle the city. The cities of Kharkiv, Chernihiv, Sumy and Mariupol are still under siege and hit by heavy Russian artillery fire, they wrote.