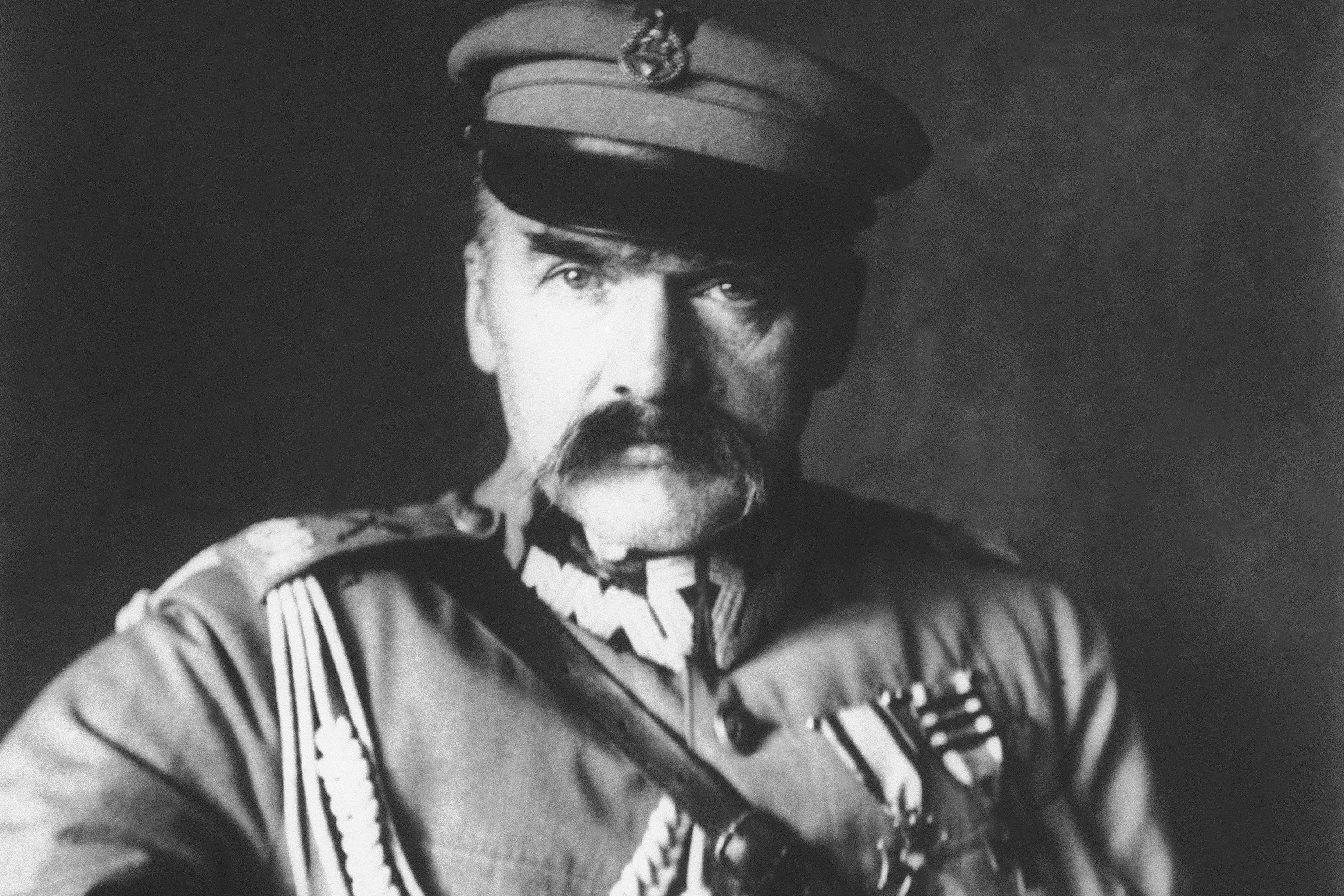 NEW YORK (AP) – A century ago, a Polish revolutionary patriot argued that Russia’s territorial hunger would destabilize Europe if Ukraine did not gain independence from Moscow.

Polish marshal Józef Piszczydski could never live up to his hopes for an independent Ukraine, connected to Europe. But the visionary and analytical statesman managed to wrest his homeland from the clutches of Tsarism and two other powers, Austria and Prussia.

At a time when many Poles were giving up their dream of complete independence, Piszczudski restored a sovereign Polish state to the map of Europe at the end of World War I, after more than a century of destruction.

With a thick mustache, thick eyebrows, and an eagle-like appearance, Pischutsky lived a simple life, leading and inspiring his troops in battle. He was respected in his time at home and abroad, but outside Poland his memory has faded.

Following the proclamation of the new Republic, Piłsudski and his legions waged a series of battles to define, secure, and defend its borders, culminating in its greatest victory: the overturn of the Bolshevik army in 1920. The communist revolution in the heart of industrial Europe.

Prior to the so-called Battle of the “Miracle on the Vistula”, Pischudski’s forces advanced deep into Ukraine and occupied Kyiv in alliance with nationalist leader Szymon Petliura, who had resisted the Bolsheviks amid Ukraine’s short-lived independence in 1918-21. .

As Zimmerman explains, Piłsudski had a vision of a multilingual and multiracial Poland, respecting the rights of minorities, especially Jews. This made him antagonized by nationalists who wanted to run for ethnic Polish Poles.

After World War I, Pischutski believed that Lithuania, Belarus, and Ukraine could form an alliance against Russia in the style of the Polish-Lithuanian union that had existed for centuries before 1795. Bilchutsky’s vision of an anti-Russian alliance never materialized.

In language relevant to today’s discourse, Pischutsky envisions a sovereign Ukraine not only as a deterrent against Russian aggression, but also as an outpost of Western liberal democracy.

He is quoted as saying in 1919 that “there would be no free Poland without an independent Ukraine”.

Piłsudski launched a military campaign in 1920 to support Ukrainian nationalists against the Bolshevik regime. Zimmerman believes he has reasons that resonate today with Poland, Lithuania and the Baltic states, as well as Finland and Sweden trying to contain Russia under President Vladimir Putin.

On May 7, 1920, Pischutski’s cavalry entered Kiev, followed by Polish and Ukrainian infantry. At the height of his campaign in Ukraine, he ordered his generals to withdraw “as soon as possible” to forge friendly relations with the new Ukrainian government. According to Zimmermann.

“I mean he clearly won an independent Ukraine, which would be a democratic outpost on Russia’s borders, a buffer between Russia and the West, but also a staunch ally of Poland, sharing Piszudski’s democratic values ​​and at least a supporter of him,” the author says.

Poland and Lithuania – the two countries that emerged from Soviet rule – were one of Ukraine’s strongest diplomatic defenders against Putin’s Russia.

Zimmerman’s book makes a balanced and “significant” contribution to understanding Piłsudski, says Michael Fleming, historian and director of the Institute of European Culture at the University of Poland in London.

“Pilsudski was well aware of the challenges posed by Poland’s geography and decided that an independent Ukraine would share Poland’s interests in containing Russia’s expansionist tendencies,” Fleming said by email. “However, at the same time, it must be remembered that West Galicia (including Lviv) is highly contested between Poland and Ukraine.

Indeed, Polish and Ukrainian nationalists clashed in the early 20th century and during and after World War II, and some ethnic animosity persists.

During the Russian Civil War between the Red Army and the anti-Bolshevik White Army, Piłsudski refused calls to Poland to aid the White Army. He believed that whoever won, Russia would become “fierce imperialists”.

Piłsudski was quoted as saying “We cannot trust anything Russia promises”, gaining little from the negotiations.

Piłsudski, born in 1867 and raised in present-day Lithuania, was imbued with the romanticism of Polish independence. He developed a burning hatred of the tsarist powers that controlled Poland, Lithuania, Belarus, and Ukraine, and he and his brother were involved in a plot to assassinate the tsar and were imprisoned.

After his release, Zimmerman became a leading activist of the outlawed Polish Socialist Party, published his newspaper for several years, bravely escaped after being arrested in a second Russian prison – pretending to be a madman – and returned. Ruled by Austria, Poland created a military force that eventually fought Russia in World War I.

Although they fought under Austria and Germany, Piszczudski’s insistence on Polish independence eventually landed him imprisoned by the Germans, cementing his legend among his countrymen. Upon his release, he was hailed as the country’s leader and the de facto founder of modern Poland on 11 November 1918, which is now celebrated as Polish Independence Day.

After securing Poland’s borders and establishing a civil government, Piszczudski largely withdrew from public life. But years later he headed for a strong government.

Frustrated by the failed Polish government, concerned with the slippage of a democratic Poland, he led a military junta in 1926 to restore order. After imposing a “managed” democracy and soft dictatorship, Piszczudski’s final years were spent in poor health and increasingly worried about how to position Poland between the nascent Soviet Union and Nazi Germany.

Zimmerman captures the difficulties of unifying Poland and describes its conflicts, including pogroms against Jews by some of Piszczyk’s troops. But he saw Piłsutski as a defender of Judaism and pluralism.

The author says that Piszczudski, despite his disability, has common sense and ability to defend Polish interests. His death in 1935 left Poland with a leadership vacuum, unable to prevent the German and Soviet invasions in 1939.