Brilliant first day during this year’s WC in mountain biking! 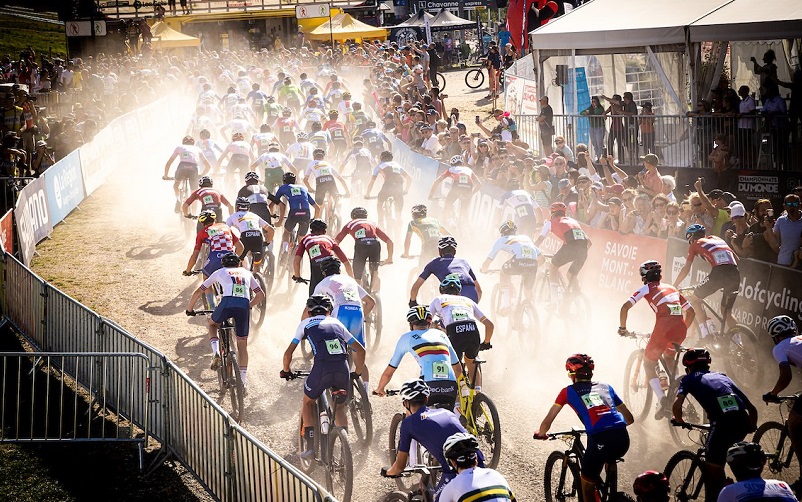 Earlier this week, national team manager Eddy Knudsen Storsæter and his World Cup squad traveled to Les Gets in France, ready to hit the big target of the year for most riders. The first is Lisa Kristine Jorde (Tangen Watt and Oksygen Cykleklubb), the junior girl who has won all the Norwegian Cup races this season, with a lap time equal to the best senior girl. He has also done a good race outside of Norway this year, and has shown that he is serious about placing himself well among cyclists from around the world. Today he also drives a great vehicle! At 3pm, nearly 70 girls started their round, and despite the fact that Lisa Kristine Jorde had a starting number 46 and was therefore relatively far behind when the early shots went off, it didn’t take long before she fought for the top spot. 20 positions. He worked steadily, managed his strength well and chose riders evenly throughout the race. In the end, he crossed the finish line in 17th place, a result that no doubt pleased him.

Two hours after the junior girls, the junior boys standing at the starting line. Among the many young and hopeful riders are three boys wearing the Norwegian national team jersey, namely Sivert Ekroll (Tangen Watt and Oksygen Cykleklubb), Martin Eckmann Farstadvoll (IF Frøy) and Jonas Kind Høydal (Sande SK). Like the previous junior girls, the boys also took up positions throughout the race. With constant reminders to get nutrition along the way, it looks like the guys are staying hydrated and successfully using their energy wisely. The two drivers who have graced the podium the most at the Norwegian Cup, namely Martin Ekmann Farstadvoll and Sivert Ekroll, raced together at the start of the race, and fought for the top 20 position. But they didn’t give up there, aimed even higher, and kept driving really hard. At one point, the boys from Tangen Watt and Oxygen Cykleklubb led by 20 seconds on a lap, and looked sharp throughout the race. The three guys drove great, with well executed rides. Sivert Ekroll finished first among the three Norwegian boys, into a very strong seventh place. Martin Eckmann Farstadvoll came right behind in tenth place, and Jonas Kind Høydal ended up being number 44. We are very impressed and looking forward to following the riders!

With a slightly shorter competition time, but at a much higher pace, Mille Johnset also started the qualifying round in the women’s elite downhill race. Among nearly 40 starters, the intrepid 21-year-old slid down technically at Les Gets, eventually finishing 16th, in a fast pace. This means he has qualified for the final, which will be contested at 13:15 on Saturday afternoon. We wish him the best and look forward to watching.