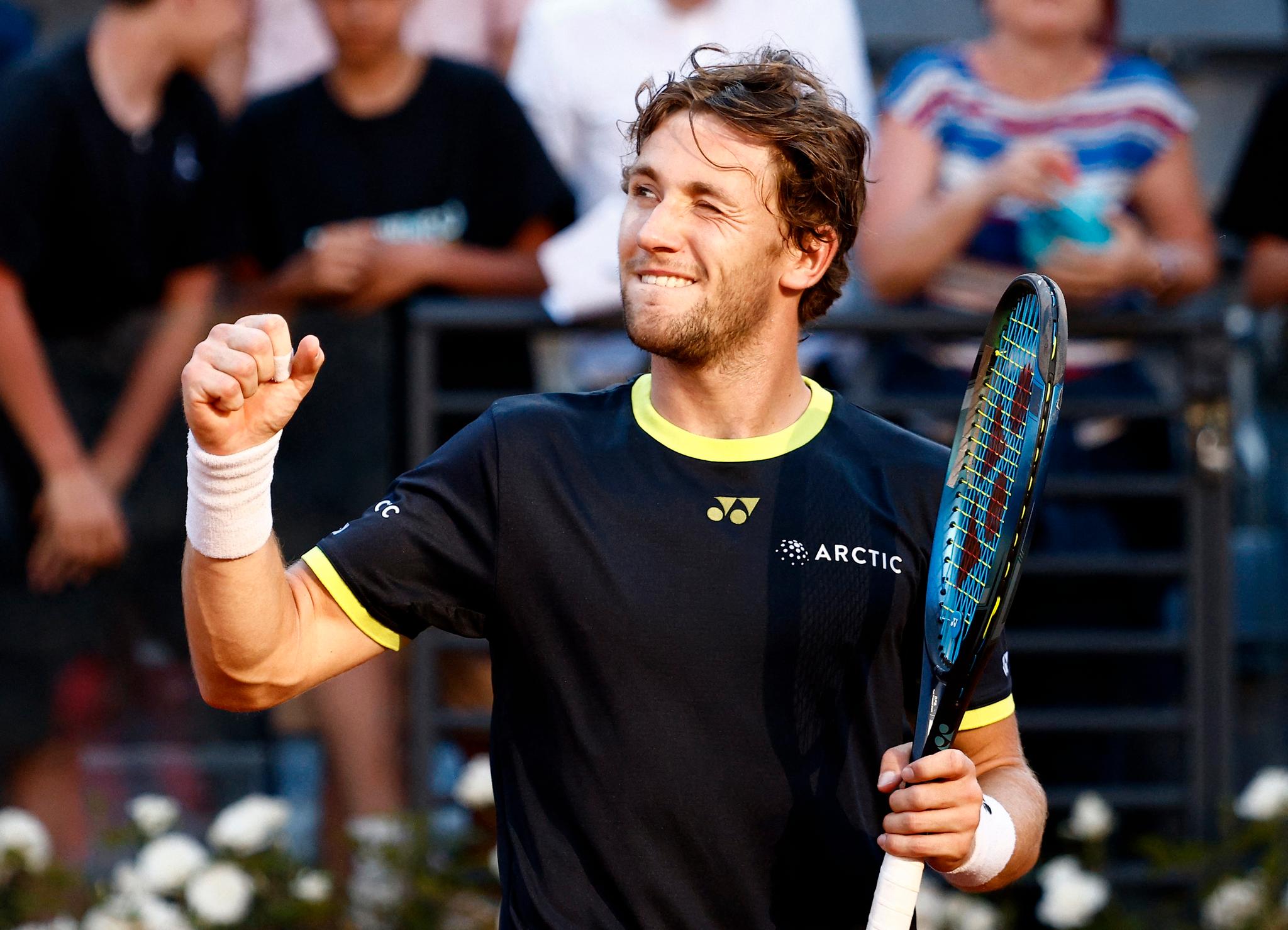 (Denis Shapovalov – Casper Ruud 6-7, 5-7) After a dramatic and strong win against 16th in the ATP rankings, Casper Ruud (23) can meet world number one Novak Djokovic (34) in Rome on Saturday.

The quarter-finals against Denis Shapovalov who is four months younger and two centimeters taller (23), was as expected, very evenly matched. On Thursday, the Canadian knocked out gravel king Rafael Nadal from the ATP Masters 1000 tournament in the Eternal City.

On Friday, Ruud didn’t take long, but two hours and 19 minutes crippled Shapovalov after a fantastic serve – and a string of missed chances to break the Canadian.

– In certain cases you feel frustrated, but you try to keep it to yourself. There were a lot of rods out on the break ball, but luckily it was the rod-ins in the end that decided the win here, Ruud told Eurosport – and said he tried to hide his frustration with the opponent.

Late Friday night, Djokovic won against Felix Auger-Aliassime. 7-5, 7-6 comes after a game of equal drama and play in a world class top flight.

Two years ago, Ruud only met the Serbian in the semifinals of this tournament. Then Ruud took the lead in the first set, but Djokovic ended up winning 7-5, 6-3.

– It would be nice to try to get revenge, said Ruud about meeting the man with 20 Grand Slam titles.

– A tough opponent, another gravel specialist – although he has improved on hard courts. A very good opponent and a good man. We have a good relationship, but tomorrow it’s about winning, Djokovic said of Ruud to the organisers.

Saturday’s match is scheduled to kick off at 7:30pm and is shown on Eurosport and Discovery+.

Stefanos Tsitsipas and Alexander Zverev meet in the second semifinal on Saturday. The tournament ends on Sunday.

Casper Ruud endured a more difficult period after his last loss in Miami to 18-year-old Carlos Alcaraz on April 3. The Norwegian has dropped the most from the last 25 ATP rankings – from 7th to 10th.

Last week, he was knocked out of the Madrid Open in the second round against 77th seed Dusan Lajovic.

– There is a small margin. Last year, everything went my way. I keep the match balls here and there. I managed to win the match. After Miami, it’s a bit of the opposite. I just have to accept that. It happens in all sports. Especially in soccer, the margin is small, he said Ruud to Eurosport before the Italian Open.

On Thursday, he delivered a solid hit as Jenson Brooksby was beaten in straight sets.

Ruud avoided a breakball against him early, but the drama against Denis Shapovalov started in earnest after 35 minutes of the first set.

Casper Ruud started with a strong serve and had four break opportunities in the Canadian serve at 3-4. However, Shapovalov made a spectacular save.

However, the set ended in a tiebreak. Just like when Ruud beat Shapovalov in Geneva last year. The Norwegian complained early to the referee about the linesman being so close to his racket in the front yard.

Ruud led 3-1, but Shapovalov played strong tennis and got a set piece. That prevented the Ruud from serving itself at 199 km/h.

Through a very lucky ball at the edge of the net, he got a set piece on his own serve. It was a man of the same age in pink with no chance. Thus, the first set was secured 9-7 in the tiebreak after 70 minutes of high intensity.

The Snarøya tennis player continued with a solid serve in the second set. Again, two break opportunities came at 3-4 for Ruud, but Shapovalov saved both and kept the serve.

Instead, it was Shapovalov who got the set ball in Ruud’s serve. But Ruud fought back and won the game. Then Ruud got his third chance of the day to break the Canadian but failed to capitalize on eight new chances for gameball for the first break of the game.

On breakball number nine, Denis Shapovalov hit the net and the ball bounced to take the Norwegian 5-6 lead after a quarter of an hour!

He decided – usually for the day – with a clean ace serve.