Cleaning the streets of Ukrainian color 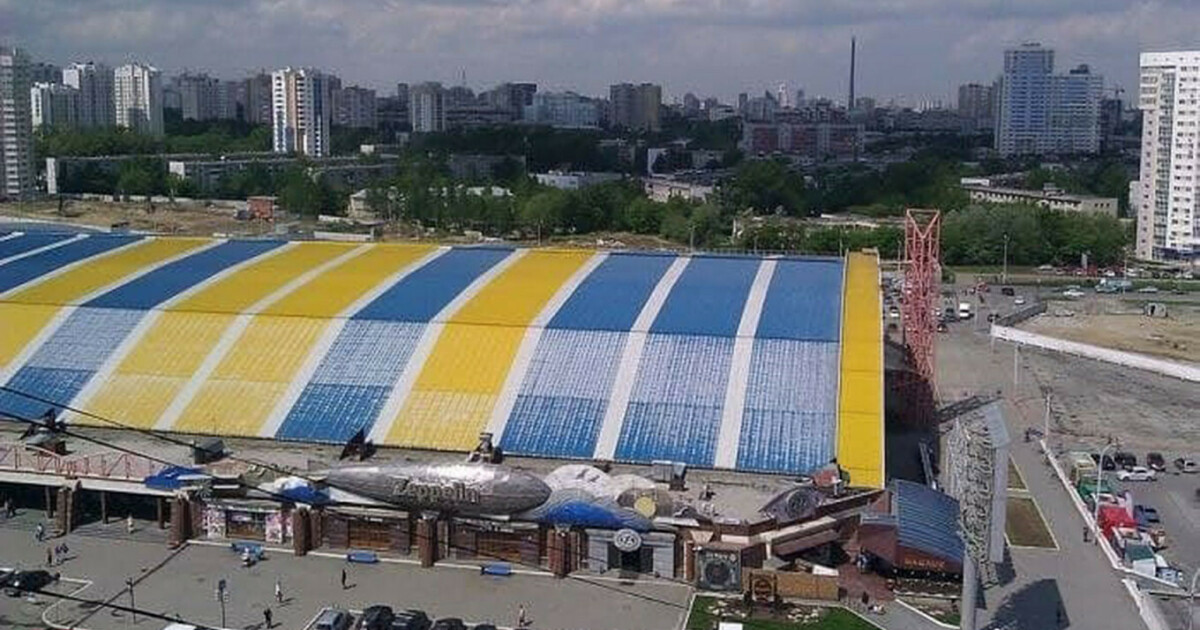 Several buildings and public facilities in Russia in recent weeks have been painted or renovated to remove the blue and yellow color combination, according to an independent Russian newspaper. Moscow Times.

Just four days after Russia invaded Ukraine on February 24, the blue and yellow logos of Khrabrovo airport in the Kaliningrad area were changed to red and blue, according to Swedish newspapers. dagger.

Ukrainian newspaper Mediazone wrote that the color was first changed on the airport site. Shortly after, the logo on the roof of the terminal building was repainted.

Airport spokeswoman Natalja Gritsun, however, claimed that the colors were changed to get a more solid colored exterior, and explained that they decided it “looks better this way”.

In Russia, it is forbidden to call the war in Ukraine war, and those who spread what the Kremlin believes are false information about the behavior of Russian troops risk up to 15 years in prison.

Now more Russians are also trying to remove anything reminiscent of support for Ukrainian troops – including the colors of the Ukrainian flag.

According to Aftonbladet, a kindergarten in Zelenograd outside Moscow is said to have gone cold when parents in group conversations reacted to the fact that their children’s pictures were blue and yellow.

– Since some parents were worried that the blue-yellow color could be seen as support for Ukraine, the image turned purple and yellow, the kindergarten management wrote in a statement.

Have to paint the fence yourself

The private fence is also said to have caused the problem, according to the Telegram channel Ostorozjno novosti.

They wrote that Russian police visited a woman in Pskov after she painted her fence blue and yellow.

Police are said to have announced that the color is associated with the Ukrainian flag, which during the ongoing “special operations” constitutes an “unwanted association”. The woman was forced to paint the fence completely blue, claims the Telegram channel, which attached photos of the incident.

According to Aftonbladet, residents south of Moscow must have been furious when guards painted one of the sandboxes in a condominium playground the same color as the Ukrainian flag on April 20.

Several tenants are said to have contacted the condo and allegedly called it a “provocation”. An hour later, the litter box must have been painted green, according to the paper.

Replaced by soldiers and «Z»

Outside the building of the Russian football club Dynamo Stavropol, until recently there was a graffiti painting of an elephant under a blue sky in a yellow cornfield. According to local media, this is an important symbolic image in the city.

By order of the city’s politicians, the wall has now been replaced by, among other things, a soldier and the letter Z, he wrote in The Moscow Times.

According to the newspaper, the office of the mayor of Stavropol has stated that the instructions to repaint the walls came from the government.

Dagbladet had previously written about a man who is said to have been fined 10,000 rubles – a little over 1,100 kroner – for wearing blue and yellow sneakers.