Diary from Kyiv: – Battleships are in hell 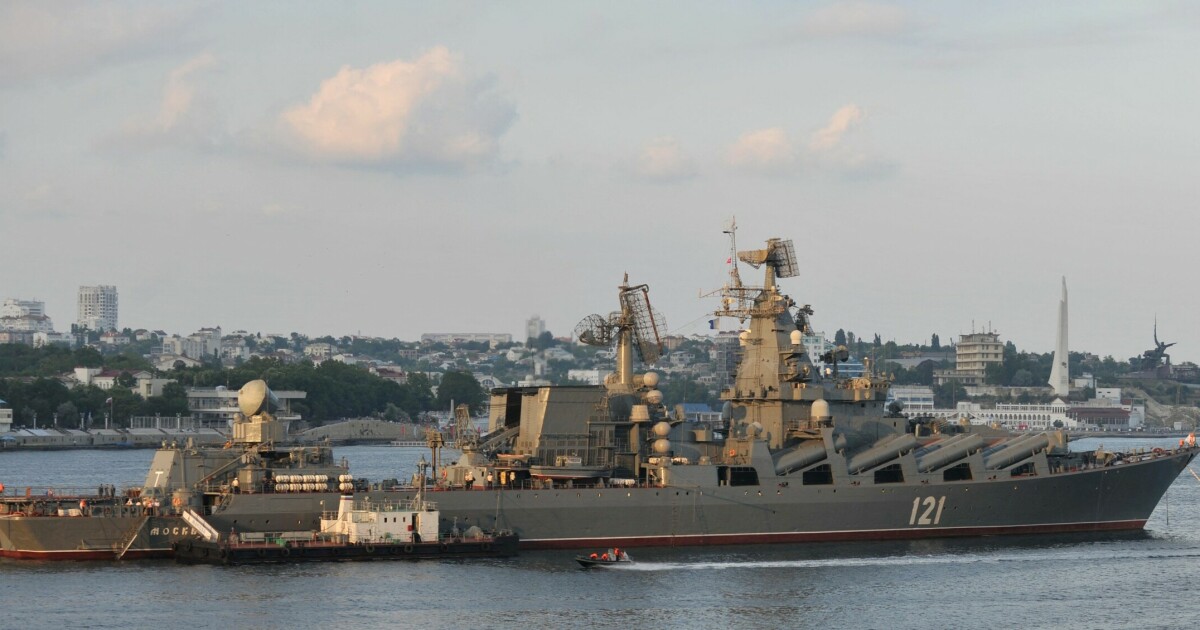 KYIV (Dagbladet): At the start of the war, something very exciting happened. Conversations between Russian warships and Ukrainian military on the island of Zmeiny (Snake Island) in the Black Sea. The expressions of the conversation are immediately known – taken not only by Ukrainians, but also by politicians, celebrities and ordinary people around the world.

The phrase is: “Russian warships, go to hell.”

On March 1, Ukrpostha – the national postal service of Ukraine – announced a design competition for the best postmark dedicated to this phrase. More than 500 sketches were submitted, and Ukrainians voted on Facebook to choose the winning design. The winner was a drawing by Ukrainian artist Boris Grokh. On April 12, the official presentation of the printed stamps took place – it was published in one million copies.

In the late evening of April 13, rumors circulated on the internet that the cruiser “Moscow” had been hit by two Ukrainian missiles. Hard to believe, but they have been confirmed by Ukrainian officials at the highest levels. On the morning of April 14, the Russian Ministry of Defense reported a fire on board. However, for propaganda reasons, they didn’t say anything about the cause of the fire, but it was. For us Ukrainians, the problem is that the ship is not operational. And this is the same cruiser our military sent to hell.

Stamps as a souvenir

On the afternoon of April 14th, I decided to buy some stamps, which I’m sure will go down in history books for centuries. I went to the Maidan, to the head office in Ukraine. By two o’clock in the afternoon, the cheapest stamps that had to be affixed to envelopes and postcards for domestic deliveries were sold out. Only postage for international mail remains. As I stood in line, I noticed that other people at the post office were buying themselves some stamps – mainly as souvenirs of course.

Putin is definitely not welcome

On this day, the weather in Kyiv is very sunny – the warm sun enhances a good mood. I met a friend at the Maidan, who arrived on one of the city’s electric scooters, and we decided to go for a walk and find a place to eat. At a checkpoint in town, I came across the now-famous phrase.

The place my friend and I visited turned out to be a place for food from Crimean Tatars. Such restaurants became very popular and plentiful throughout Ukraine after the Russian annexation of Crimea in 2014, when many representatives of Crimean Tatars left their homes and spread throughout the country. They remember the story of Stalin’s deportation in 1944. And when Russia last took Crimea from Ukraine, the Crimean Tatars had no doubts about what awaited them next.

On the wall inside the restaurant hangs a map with the contours of Crimea, decorated with painted plates. The national symbol of the Crimean Tatars “taraq tamğa” adorns the center plate – a symbol that has been known since the 15th century. Under the map is a box of money. It stated that the money was collected for the Ukrainian army.

On the floor through the restaurant was a portrait of Putin, with shoe marks on his face. Two of Putin’s faces were also placed in the toilet. Putin, who for Crimean Tatars has followed in Stalin’s footsteps by persecuting representatives of the indigenous Crimean population, is clearly not welcome here.

We told them to go to hell

After the restaurant, I met a friend from my hometown. He gave me tea – transported from Kherson by people who miraculously managed to evacuate a few weeks ago. For me, this tea will always be a symbol and hope for the liberation of my hometown.

I wish I could go there, see all my friends and hug my mom. He told me it was very inconvenient for him to walk around Kherson now. The city is his home, and now there are unknowns with guns there, and they only want one thing – destroy all of Ukraine. I tried to convince him that it wouldn’t work for the Russians, and that they should all go in the same direction as the Russian warships.

Just before midnight on April 14, the Russian Ministry of Defense declared that the cruiser “Moscow” – the flagship of Russia’s Black Sea Fleet – had sunk. We ask them to go to hell – on the fiftieth day of war, warships are now in hell.