donbass. Why is it so important to Russia | Germany – current German policy. DW News in Polish | DW 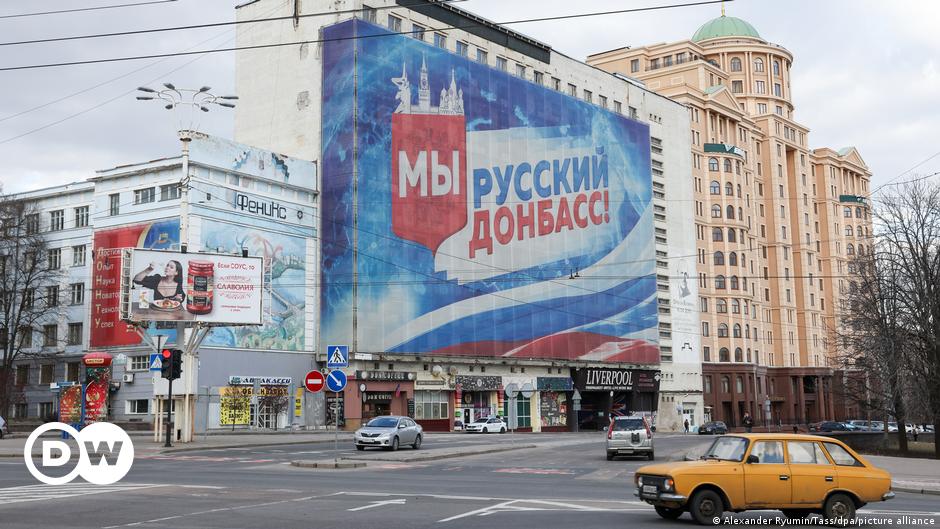 According to the President of Ukraine, Volodymyr Zelensky, “the battle for Donbass has begun.” In early April, Russia suddenly withdrew its troops from the capital region in northern Ukraine; seems to concentrate on the Donbas in eastern Ukraine. This attack had been predicted for days. But why exactly there?

Do these regions have a different relationship with Russia than the rest of Ukraine?

The administrative units (oblasts) of Luhansk and Donetsk belong – like the Crimean peninsula – to the territory of Ukraine, where a large number of people declare Russian as their mother tongue. The percentage of ethnic Russians is also relatively high here. The situation is similar in the case of the neighboring oblasts: Zaporizhia and Kharkiv and Odessa. However, ethnic Russians make up the majority of the population in Crimea.

After the ‘Orange Revolution’ after the 2004 presidential elections and the ‘Euromaidan’ in 2014, the resistance to Ukraine’s western orientation is very strong here, but this position is clearly not shared by the majority. Nevertheless, Russian separatists – perhaps with Moscow’s backing – are fighting for control of parts of the region. At the same time, the Kremlin used the power vacuum in Kiev to annex the Crimean peninsula.

“These are two of many examples where Russia is acting on the principle of ‘chance makes a thief’,” said Andreas Heinemann-Grueder, Eastern Europe specialist at the International Center for Conversion (BICC) in Bonn. He says there is no big plan behind this act.

How can this be explained historically?

Until the mid-19th century, the Donbas were sparsely populated. Later, thanks to coal deposits, it became the most important center of Russian industrialization. “At that time, the public use of Ukrainian was suppressed in the Russian Empire, and Russian was increasingly dominant as an educational language,” explains historian Guido Hausmann of the Institute for Eastern and Southern European Studies. Leibniz (IOS) at the University of Regensburg. – On the other hand, many Russian peasants are flowing into new industrial estates.

During the brief period of Ukrainian independence in 1918, Donbass was not yet a part of it. This changed when the Soviet Union turned the country into the Ukrainian Soviet Socialist Republic. Then, during the Soviet era, more Russians settled in the region. In this respect, relatively many people felt ties to Russia, or rather to the Soviet Union, as Hausmann explains. – However, the Donbas have always spoken Ukrainian and most of them still have strong ties to Ukraine – he emphasized.

The political scientist Heinemann-Grueder also believes that the assumption that the ethnicity or mother tongue of the Ukrainian population is the key to national identity is completely wrong.

– Even in some battalions of the Ukrainian army fighting the separatists in 2014/2015, Russian is spoken – he explains. This may not happen again, he said. He also added that Russian was used less and less in recent years.

– If anything contributed to shaping the Ukrainian nation, it is Russia’s aggression over the last eight years – assesses Heinemann-Grueder. – Russian bombs unite Ukraine even more – he added. 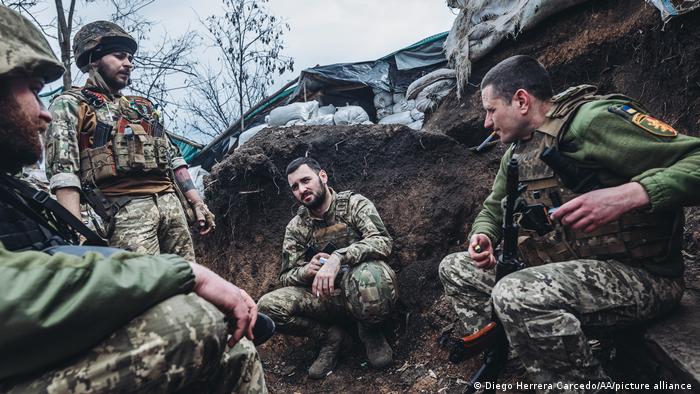 How important are economic interests?

For the Soviet Union, after World War II, the Siberian industrial area became more important than the Donbas, while for Ukraine, the Donbas was the most important industrial area until 2014. However, as the conflict developed, this meaning diminished. Many mines – especially in separatist areas – have been abandoned or are in very poor condition. During the war, factories and other industrial infrastructure were destroyed.

As Hausmann puts it, the economic power of the region is not decisive for Russia, but differs in the case of Ukraine and its economic independence.

– One of Russia’s defining military goals is Ukraine’s permanent dependence on Russia; politics, culture and economy – he explains.

What is the symbolic and ideological meaning of Donbas?

The war in the Donbas has been going on for eight years: in 2014, pro-Russian separatists proclaimed the Luhansk and Donetsk oblasts as independent ‘people’s republics’. After a phase of open fighting between the separatists and the Ukrainian army, in 2015 a fragile ceasefire and a “line of contact” separating the Ukrainian-held part of the separatist area on the border region with Russia was agreed under the second Minsk agreement.

Then on February 21, 2022 – just three days before the invasion of Ukraine – Russia officially recognized this “people’s republic”. – Russia thus means the whole of Donbass – explains BICC expert Heinemann-Grueder. As he points out, Russia must now conquer entire territories in order to carry out the annexation it was prepared for by recognition (of the “people’s republic”).

– Thanks to this, he was able to declare victory in the country and possibly end the war – he said.

In addition, Ukrainian right-wing combat units fought in these areas, in particular the “Azov Regiment”, which in 2014 helped prevent the separatists from capturing Mariupol.

– Thanks to the victory over this army, Putin was able to announce the end of the alleged denazification mission, at least in the Donbas – believes Heinemann-Grueder. The Kremlin stated that Ukraine should go to war, among other things, with the National Socialist regime.

What is the strategic importance of Donbas?

– The outcome of the war in the Donbas will determine what is left of Ukraine – believes Heinemann-Grüder. With the annexation of Crimea, Moscow, for the first time since the end of the Soviet Union, has a year-round ice-free port near the European part of the country.

However, Crimea is still an exclave. It is only connected to mainland Russia by the Crimean Bridge across the Kerch Strait between the Sea of ​​Azov and the Black Sea, which opened in 2018.

According to Heimann-Grueder, depending on the condition of the troops and their supply routes, Russia could choose other destinations, especially land connections along the coast with Crimea. This, in turn, can open up new perspectives for the military.

“If Putin sees the possibility of liquidating Ukraine as an independent country, he will take advantage of it,” the political scientist believes. In his opinion, the Ukrainian government is faced with the question: “Should we give up the Donbass to save Kyiv?”