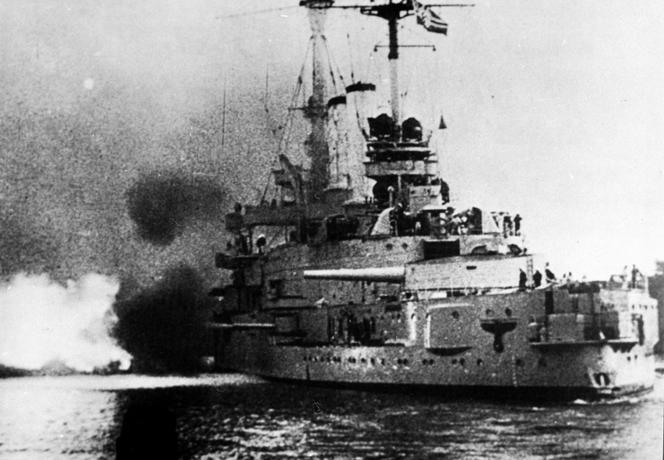 In both Germany and Russia, we hear more and more lies that Poland is not a victim, but an inspiration to World War II.

Not only in present-day Russia, but in Europe and even in the world, Soviet propaganda was adopted that the war began with the German attack on Russia, namely with the Barbarossa operation. Russia promotes this scenario, presenting itself as a victim of war, and then the main game and liberator, wanting to completely erase the fact that, together with Germany, it caused the war. He led the anti-Polish Molotov-Ribbentrop Pact, which was an interstate agreement between Hitler and Stalin. What is Russia saying today? That the Molotov-Ribbentrop Pact was one of the many pacts signed at the time and was not aggressive at all. Several years ago, the Russian Ministry of Defense published documents from 1939, including a declassified copy of the protocol of the pact of the heads of the German and Russian Foreign Ministries, acting on behalf of their bosses – Hitler and Stalin. In the comments, it was lied that it was Poland who “supported the fascist bloc” Germany and Italy on an equal footing with Japan. What is Germany saying today? First of all, they didn’t want to pay us any compensation: the communist PRL had to effectively hand over war reparations to the communist DDR; although in other cases modern Germany does not recognize DDR. Second, they also suggest that Poland caused World War II by provoking other people – especially Germany. On the other hand, Poland’s role in September 1939 was important for many reasons. First, we were the first to be attacked by Nazi Germany – before that, only territorial annexation took place. Second, we fought, while many other countries did not. Third – contrary to popular opinion expressed in most of the media in Poland, we also fought against the Soviets. Take Grodno, for example, mainly thanks to the ideological Polish youth. The fortified territory of Sarna also tried to repel the onslaught of the Bolshevik troops. The Soviets were selflessly opposed by the Border Protection Corps. Of course there was an order by Marshal Edward migły-Rydz not to fight the Soviets, but it wasn’t fully implemented, because it didn’t reach everyone. It was natural for the army to defend the border – so the army of the Republic of Poland defended them.

Fourth – and perhaps most importantly here – most of the media in Poland are still repeating the Soviet-Russian (Stalinist-Putin) propaganda that the Red Army did not attack Poland at all. Contrary to Germany, which on September 1 carried out military aggression, Russia on September 17 simply entered innocently, that is, they crossed the border and continued. And the last thing – we lost the defensive war, but we immediately created the Underground State, that is, a political and military structure, that is, a phenomenon on a global scale. But that’s another story.

The conclusion of the September 1939 tragedy was that Poland owed reparations to Germany and the Soviet Union.