Germany has a strong inclination towards Moscow 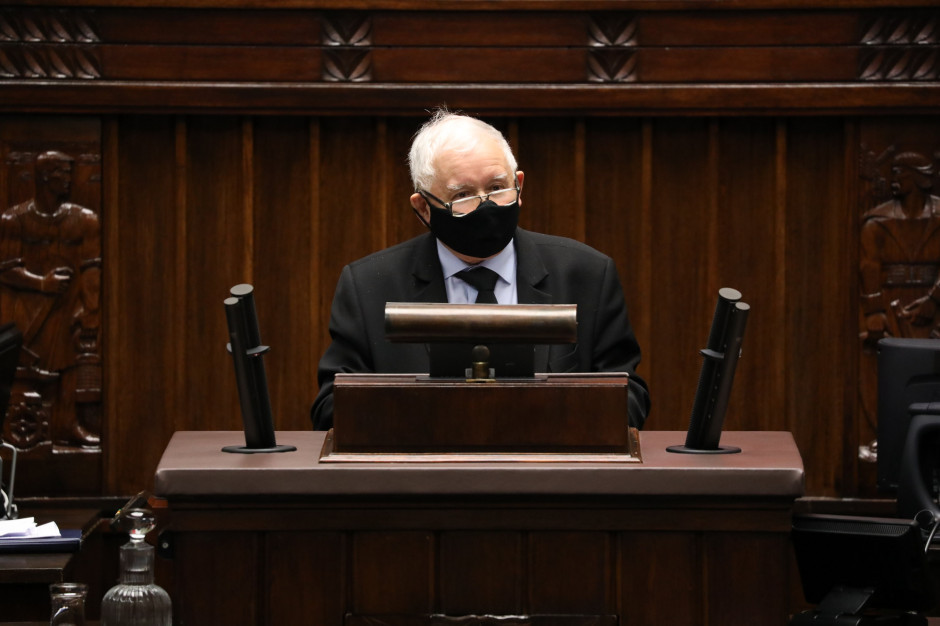 PiS leader on the pulpit of parliament. Chancellor of the Sejm of the Republic of Poland

Germany, like France, has a strong inclination towards Moscow. For years, the German government did not want to see what Russia did under Putin, the deputy prime minister, president of Law and Justice, Jarosław Kaczyński, said in an interview with German newspaper Welt am Sonntag.

“I am very dissatisfied with the behavior of the German government (regarding the war in Ukraine – PAP). Germany can provide more weapons. And Germany can support the EU in supporting the oil embargo (…). We must not continue to support the great powers, Russia is costing billions for energy purchases. This is politically and morally unacceptable. It must end, and Germany must finally take a clear position on this issue,” said Kaczyński.

At the same time, he stressed that it is not about the gas embargo, as it takes more time to do so, and that “Russia’s income from the oil business is four to five times higher than from the gas business”.

“It doesn’t work like that. Freedom is never cheap. It’s also about protecting the democratic world from Putin. Chancellor Scholz has to understand that too” – argued the deputy prime minister of Poland.

When asked what role Germany should play in Europe, Kaczyński replied that “Poland is not satisfied with Germany’s role in Europe”, which “should have been more constructive”, and “the last decade has actually been an attempt to redo the structure of former Chancellor Reich Bismarck: German domination, but shoulder to shoulder with Russia.”

“Of course the context is different today from the 19th century. Basically, however, the behavior is the same. Germany had no moral basis for dominating Europe. Germany still has not sufficiently reckoned with World War II and still has not fulfilled its financial obligations “- stressed the deputy prime minister. He added that “Germany has not paid large sums of compensation for the destruction and killing of Poles during World War II. This issue must occupy an important place in our relationship and be resolved.”

When asked about possible changes to NATO on the eastern flank, Kaczyński replied that “Poland would be happy if the Americans increased their presence in Europe from 100,000 troops currently to 150,000 in the future due to Russia’s increasing aggressiveness.”

“The east wing should be protected much better in the future than it was before. Let’s face it: American nuclear power armies are the strongest factor preventing Russia from attacking NATO countries and they provide us with the greatest security,” argued the Deputy Prime Minister. Minister.

To article: Kaczyński for “Welt am Sonntag”: Germany has strong tendencies towards Moscow