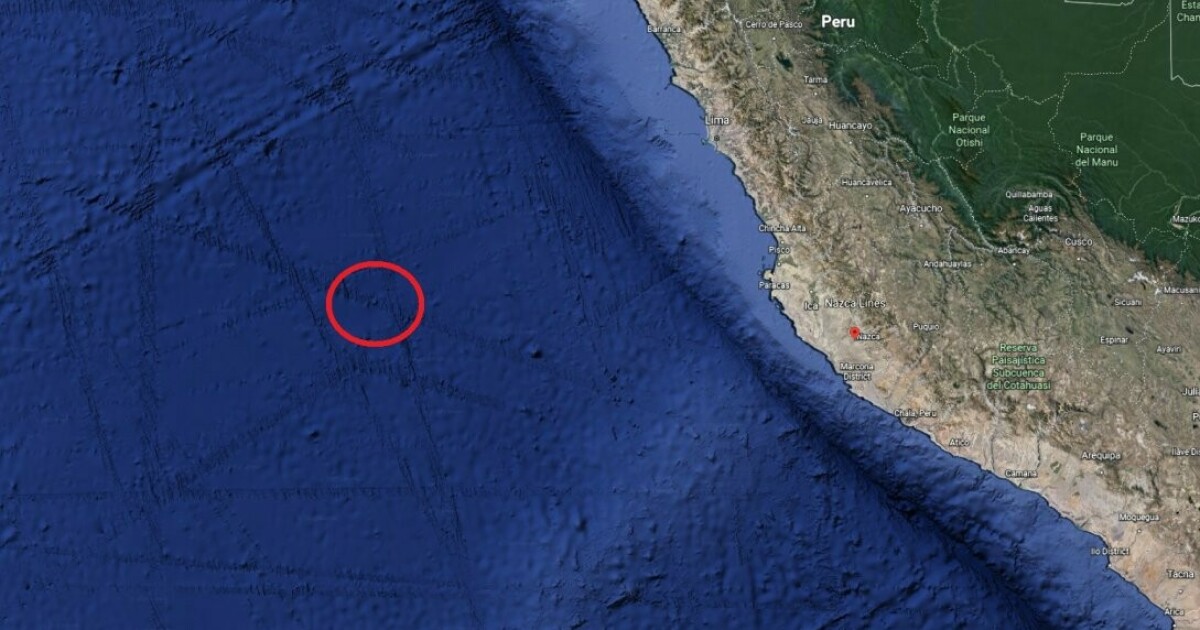 If you zoom in on the seabed off the coast of Peru, you can find a small circular “button” on Google Maps.

This has led some to argue that there must be evidence of the existence of UFOs.

Scientific site Live Science has, however, its own theory, which we will return to later in this article.

It must be UFO fan Scott Waring who first made the world aware of the differences on the map.

He believes that what he calls a “dish-shaped object” at the bottom of the ocean is “100 percent evidence of ancient aliens.”

He wrote this on the website Ufosightings.com, which he manages himself.

This circular formation is not far from the Nazca Lines, a series of large geoglyphs (large drawings or drawings on the ground, journ.anm.) built by people from the Nazca culture 1500-1800 years ago, according to Great Norwegian Encyclopedia.

The lines include 300 images in the landscape, which include hummingbirds, lizards, spiders and monkeys, according to the encyclopedia.

– May be computer generated

These lines have become the core of mystical conspiracy theories and conspiracies. One theory is that aliens must have been involved in its construction.

But does this circular shape really prove anything? According to the Live Science website, there is another, more likely explanation:

It’s true, according to the website, Waring has found a circle with a diameter of 6.8 kilometers. It is located 566 kilometers off the coast of Lima, and looks like it rises from the seabed like a small mountain.

– Most likely, this knob on the seabed is an object created by data. Strange shapes can occur for various reasons on the seabed that appear on Google Earth, they write and explain:

– The company uses data from various sources to draw seabed maps. These sources use different resolutions, or different levels of detail, and when stitched together, odd shapes can sometimes appear.

In a blog post from 2016 mentions developers at Google of some kind of ingenuity that can lead to odd signs like peaks and valleys:

– In the past, some of these patterns were misinterpreted as alien bases or Atlantis (sunken city, journ.anm.), they wrote.

The seabed background map is based on maps from the Scripps Institution of Oceanography, which use gravity measurements from satellites to measure where the seafloor rises and falls.

To create more detailed maps, Google uses information from the ship’s sonar, which sends sound pulses to the ocean floor and stores the echoes to form an image.

In fact, it’s also seen here that you can see traces on the map showing areas at a higher resolution. These are traces of ships equipped with sonar, which have mapped the seabed along their route.

– It sometimes happens that satellite measurements and ship measurements don’t match, and a single data point from either of them can lead to what appears to be a steep elevation or dumping ground, Live Science writes.

We know a little

If we take a closer look at the map, the so-called UFO is in the middle of the area where a ship with sonar just passed, according to the website.

– This means that it is possible that the formation is the result of several sources of information strung together into one picture, they wrote.

Based on National Oceanic and Atmospheric Administration (NOAA), only five percent of the ocean floor is mapped by modern sonar technology.