Honza had a difficult start in life, then she lived in the forest, day by day 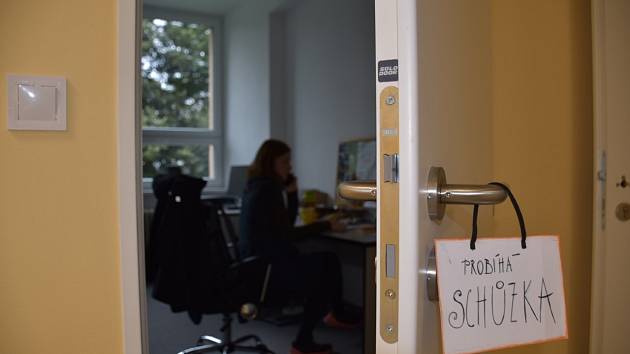 Schizophrenia is a serious mental illness from a professional medical point of view. It is manifested by hallucinations, delusions or perceptual disturbances. Living with schizophrenia is certainly not easy, because people often struggle with symptoms of the disease and negative reactions from the environment. However, if they have medical care, psychological assistance and receive support in areas of functioning in daily life, they can live to the fullest and where they want to be. The story of Honza (37 years) proves it.

He had a difficult start in life, then he also lived in the forest

He gave Honza not only a diagnosis of schizophrenia and mental retardation, but also childhood and adolescence in a foster family. He lived alternately in Hradec Králové and Pardubice. He was trained as a gardener, which he was proud of, but before long he ended up in Prague and became homeless. Today, he doesn’t even remember how it all happened, he only knows that it was a lot about his financial management. He doesn’t know the value of money, he can’t handle it. At the same time, he didn’t know at the time and couldn’t formally apply for help and possible benefits. He’s alone.

Thanks to a project dealing with the homeless in Prague, he got a job in a sheltered workshop. However, he had little income there, and at the same time they didn’t want to hire him anywhere else because of his diagnosis. And it so happened that Honza found herself in Germany, where she started working for a cleaning company, then she also devoted herself to gardening and maintenance work. So far, Honza has been able to play around, such as radio repair.

He then traveled to Peru. However, if you ask Honza how she got there, she will answer with a smile she doesn’t even know anymore. In Peru, for example, he earns extra money selling candy on a local bus. He also lived in the forest, where he and a friend built a hut and managed to provide their own food. He has no steady income, he lives from day to day.

2 years of hospitalization and then came back to life

They started working with Honza in the hospital to earn a basic income, to protect their rights and, most importantly, to return to normal life as soon as possible with the help of their guardians. Despite all efforts, hospitalization lasted for 2 years.

While hospitalized, Honza started using the services of a mental health center. The center has a multidisciplinary team consisting of psychiatrists, psychologists, nurses and social workers. Through social and health services, they support people with mental disorders to be able to live to their fullest despite the limitations caused by mental illness. They go home to the client, or even to the hospital or other agreed upon location. Honza is supported by employees of the Mental Health Center in Hradec Králové, which was founded by the non-profit organization Mental Health Care.

Thanks to this collaboration, in June 2021 Honza was able to apply for training housing at Hradec Králové. The request was granted and, after some time and probation, he was able to settle into his new home. Initially very demanding of Honza as well as social workers and paramedics from the center. The communication wasn’t ideal, Honza answered firmly and mostly in one word, even though she tried very hard. Social workers help Honza secure finances and manage her own personal and household care. Nurses also came to Honza’s house to help her manage her mental illness. Meetings are held three times a week.

Intensive support has brought the desired results. Honza had lived in the training apartment for almost a year, seeing staff from the center only once a week, as they were no longer needed. He manages a lot of things himself, since December 2021 he has a job. He is more talkative and sociable, so he has found a friend. He learned to manage money. Currently, he wants to increase his job to earn money for ordinary housing.

Honza’s story is proof that with thoughtful support, a person with a serious mental illness can live to the fullest and where he or she wants to be. And if mental illness or daily life concerns cannot be overcome, the staff at the center are on hand to provide immediate support.