I’m well! The World Cup will arrive in Špindlerův Mlýn in January 2023 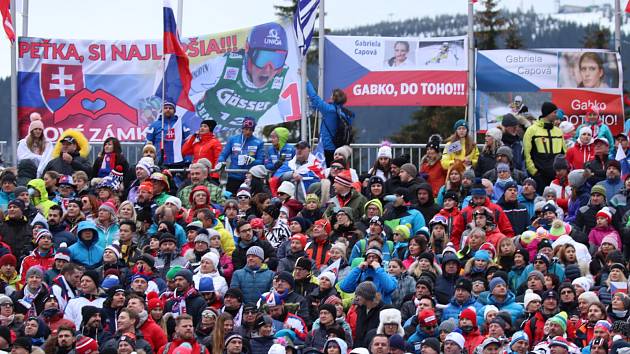 Alpine ski fans are in for a treat. There will be a World Cup on the Spindle next season. After a long change, when the Czech center first fell off the calendar for a while, then appeared on the date of February, and finally the FIS published a revised list of competition venues for next season, according to which the best women’s skiers will appear. in Špindlerův Mlýn as early as January 2023. The first news two years ago they talked about an event in the Czech Republic that took place at the end of March.

“The new date is a surprise for us. However, this does not change the fact that we are ready to organize top sporting events in the Czech Republic at the highest possible level. We have an experienced organizational team that perfectly manages not only St. Patrick’s Day 2019, but also participates in the World Cup in Jasná 2021. I am sure that it will not only be a great race, but also a great sporting and cultural event that will represent not only our resort, but also the entire skiing of Špindlerův Mlýn and Czech and Slovakia,” said Čeněk Jílek , chairman of Melida’s board of directors, as, operator of the Špindlerův Mlýn Ski Area and co-organizer of the 2023 World Cup.

Špindlerův Mlýn is the Czech Republic’s most modern ski resort with a highly efficient cable car system, which proudly transports over 21,000 people per hour. In the coming years, the fastest growing ski resort aims to connect the largest resorts of Medvědín and Svatý Petr. Czech’s most famous ski resort regularly hosts world-class competitions. It offers its visitors the possibility of skiing on 27 km of slopes. For transportation, skiers can use 6 cable cars and 11 ski lifts. The modern snowmaking system guarantees the operation of the center even in bad weather. Night skiing on the Czech Republic’s brightest slopes is also commonplace. The resort has received several awards: World Ski Awards: Best Ski Resort in Czech Republic 2015/2016/2017/2018/2019, Skiresort.info 5 out of 5 stars in the category “World’s leading ski resort with up to 30 km of slopes”. ISIC AWARDS 2019 1st place in the category “Most popular ski resorts”.

The World Cup returns to the Czech Republic’s most famous ski resort after four years. There will be competition in slalom and giant slalom again. The well-managed organization of the 2019 World Cup races, which were attended by over 19,000 spectators over two days, served as the best advertisement for skiing and the ability of the organizers to prepare the event at the highest level. A highlight of the 2019 race was the duel between American Mikaela Shiffrin and Petra Vlhová. A large number of fans from Slovakia cheered for the Slovak star, who returned the favor by winning the giant slalom and third place in the slalom.

“It was a great race with great support from the fans who made me feel at home there. I’m looking forward to the fact that the world championships will be close to Slovakia again and the fans will be able to be there again,” said Petra Vlhová, Olympic champion from Beijing.

Vlhová: I usually don’t pay attention to the fans, but today was different

Important information for the public is the fact that, except for the FIS World Cup competition slopes and practice route, all other slopes will be open to the public during the event. In the same way, interesting companion events will be prepared not only for event goers, but also for the center’s daily guests.

Information about the assignment of the factory to Špindlerův Mlýn for the January date was confirmed last week after the originally announced February date was changed. All current information, including information on advance ticket sales, will be published continuously.