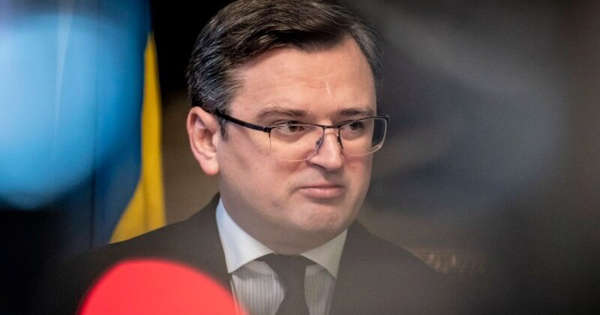 Ukraine’s foreign minister called for an increase in the supply of weapons to his country’s combat forces. Dmytro Kuleba warned that Russia was preparing a large-scale attack on the Donbas.


Dmytro Kułeba visited NATO headquarters in Brussels on Thursday. The head of the Ukrainian Foreign Ministry called on the Alliance countries to immediately rearm the Ukrainian army before the massive attack on the Donbas planned by Russia.

– Either you help us now, and I’m talking about days, not weeks, or your help will come too late and many people will die, many civilians will lose their homes, many villages will be destroyed, precisely because aid has arrived too late – Kułeba appealed in Brussels.

According to Ukrainian politicians, upcoming attack on Donbas it will resemble the clashes of the Second World War with the use of a thousand tanks, planes and armored vehicles.

Kułeba also refers to Russian crimes in Bucza. As he points out, the atrocities seen in this city and other parts of northern Ukraine occupied by Russian troops are “only the tip of the iceberg” of war crimes committed by Putin’s forces. Kuleba said that in besieged Mariupol the situation was “much, much worse”.

Ukraine’s foreign minister said the Ukrainian army respects the laws of war, but added that “there may be individual violations” of the rules that would be investigated.

The head of Ukraine’s Foreign Ministry also said that Western countries, which continue to buy Russian oil and gas, “support Ukraine with one hand and support the Russian war machine with the other.” He also stated that the sanctions imposed on Russia by the EU and the US have long-term and medium-term negative consequences for the Russian economy, while stressing that “people are dying right now.” Kuleba added that Ukraine needed to do more to stop the Russian military immediately.

Head of Ukrainian Foreign Ministry: The policy of “not provoking Putin” has failed

Kułeba: They stated that we would limit our actions just as we started pushing them out of Kiev