Kipchoge did it again: broke the marathon world record 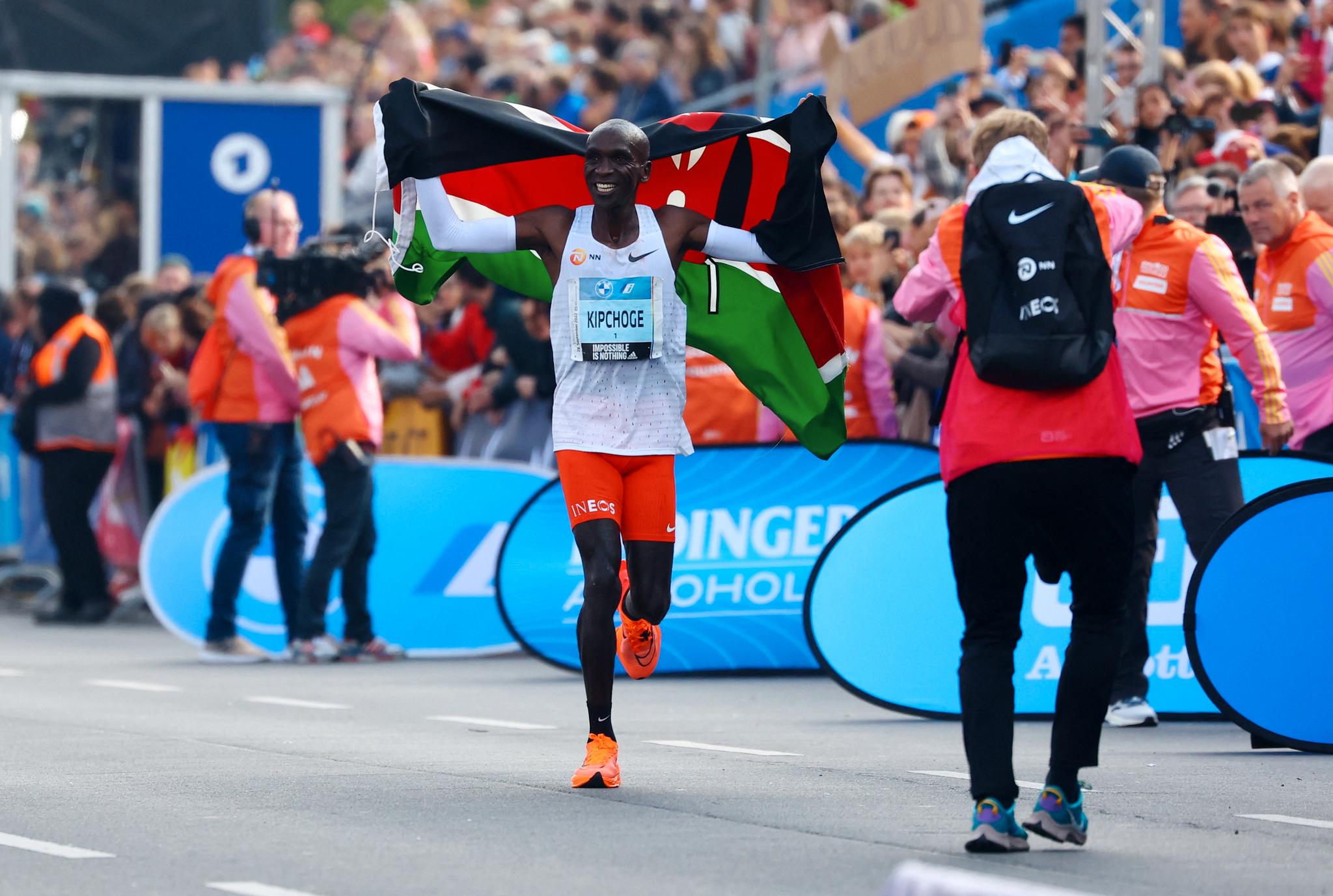 Eliud Kipchoge, 37, from Kenya lowered his own marathon world record in Berlin. The new record is: Two hours, one minute and nine seconds.

– He is the greatest marathon runner in history. This is superhuman. He’s from another planet, said a commenter on Viaplay after crossing the finish line.

Having crossed the finish line and 42,195 meters, he took the Kenyan flag, raised it above his head, put it over his shoulder and ran a few more steps.

The time was first set at 2.01.10, but was corrected from ten to nine seconds. Compatriot Mark Korir was second in 2.05.58, while Tadu Abate of Ethiopia was third, just 30 seconds behind Korir.

Kipchoge was thus four minutes and 49 seconds ahead of the number two finisher.

Among the women, too, it was run at an eel-like pace on a Sunday in Berlin. Tigist Assefa from Ethiopia gave the third fastest women’s marathon of all time: Two hours, 15 minutes and 37 seconds.

Kipchoge turns 38 in November. He was the favorite and finished second behind Guye Adola from the start, but after 15 kilometers he passed first. Belihu Andamlak of Ethiopia held on for up to 25 kilometers, but at the 30 kilometer mark Kipchoge was 31 seconds ahead of Andamlak and was ahead in solitary majesty.

There was speculation whether he would be able to break through the two hour magical limit. Gradually it became clear that it would not work. But more than 42 kilometers on 2.01.09 is completely surpassed.

Kipchoge ran in white and red. People around a track in Berlin witnessing the history of the sport. The marathon superman cheers for a new world record.

The last seven men’s marathon world records have been set in Berlin.

Kipchoge won Olympic gold in the marathon in 2016 and will repeat the feat at the coronavirus-prone Tokyo Olympics in 2021.

Kipchoge ran the marathon distance in under two hours in Vienna in October 2019. His final time was 1.59.40. But it’s not a world record at the moment, because the setting around the race doesn’t qualify for a record. For example, it’s not an open race. The Ingebrigtsen brothers were involved as speed controllers at that time.

– It’s really wild to get involved, said Filip’s older brother at the time.