Landslide in Troms: – Could be me 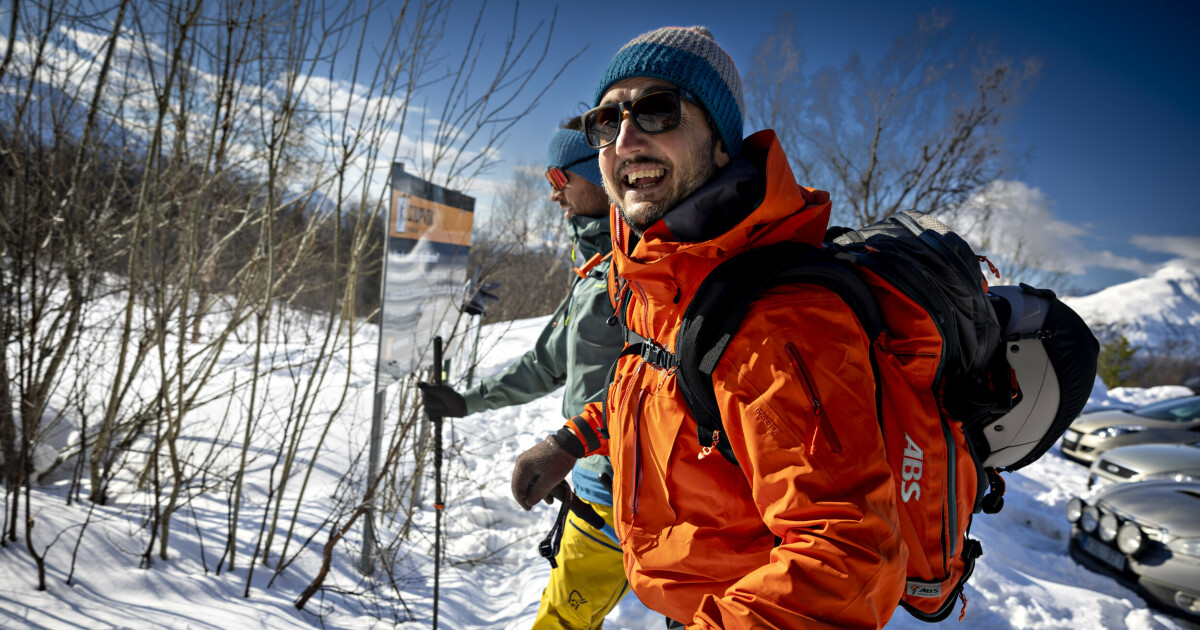 LYNGEN (Dagbladet): – Could be me. But it’s about being careful, says Davide Celeghin from Italy.

Dagbladet met him on the ferry to Lyngseidet with the whole group going snowboarding and skiing in Storhaugen. It is the northernmost peak in the Kåfjord Alps.

From above you can look out over the Lyngen Alps, where a group of Frenchmen the day before had been buried by a massive landslide. Three died.

Friday is Easter weather in Lyngen and the sun is shining on the white mountaintops. All the accommodations in the area were packed, and there wasn’t much to suggest for yesterday’s drama.

Celeghin and company will go up with the traps and ski or snowboard down. They have been in Norway for almost a week – and live in Latevika in the municipality of Lyngen.

– We went through an avalanche yesterday and don’t know what happened or to what extent, he said.

Still, he said he wasn’t afraid.

Another in the tour group, Carlotta Dal Molin of Italy, told Dagbladet she didn’t think it was dangerous here.

– I was surprised by that, he said.

Due to Thursday’s death, the tour group chose a safer route, he said.

Along with several others, he has skied in mountains around the world, such as Japan and several countries in Europe. Molin feels safer skiing in Norway than in Italy.

– Here you start from zero meters above sea level instead of high as in the Italian Alps. It’s more comfortable to be here. And the view is absolutely fantastic, he said.

The owner and general manager of Lyngseidet guesthouse, Ola Giæver, told Dagbladet that they noticed that more and more tourists were coming to Lyngen every year.

– Tragic when accidents happen, but nothing to say for traffic. It is increasing all the time. We see that Lyngen is becoming more and more famous every year.

There are lots of mountains this year and people from all over the world come, he said.

– There are some dangerous mountains with loose snow here. One thing is certain: where there is a rock, it is safe. If there is a large slope and a white surface with a slope of more than 30 degrees, there is danger on the road, he said.

In addition, he recommends doing the exact opposite of what French tour groups do on Thursdays.

– Don’t drive together, like they do. That is dangerous. Always drive one at a time.

Syver French Bolstad (29) from s was having a long weekend in Lyngen with former colleagues. He said they received more than 30 phone calls on Thursday from family and acquaintances when the landslide occurred.

– We were a group of nine people skiing, and that was the first to be reported, he said and added:

– Fortunately, my mother had not heard of it, when I wrote to her that it was not we who were brought in the avalanche.

Bolstad is staying at the Lyngseidet guest house a kilometer from where the landslide occurred – and will be here until Sunday.

“I heard that someone died in a landslide a few weeks ago, but it’s a little scary that it happened while we were here,” he said.

The tour group chose to go on a quieter tour today than originally planned.

– We will go to the summit which is a little more challenging, but we have received so many calls from home about it, that we have promised to go a safer route.

– You are not afraid and want to end the trip?

– No, we don’t go on walks that have a slope of more than 20 degrees, so it should go well.

Bolstad raised the avalanche detector over his shoulder.

– Today I’m going on a hiking trail with an avalanche detector, he joked.