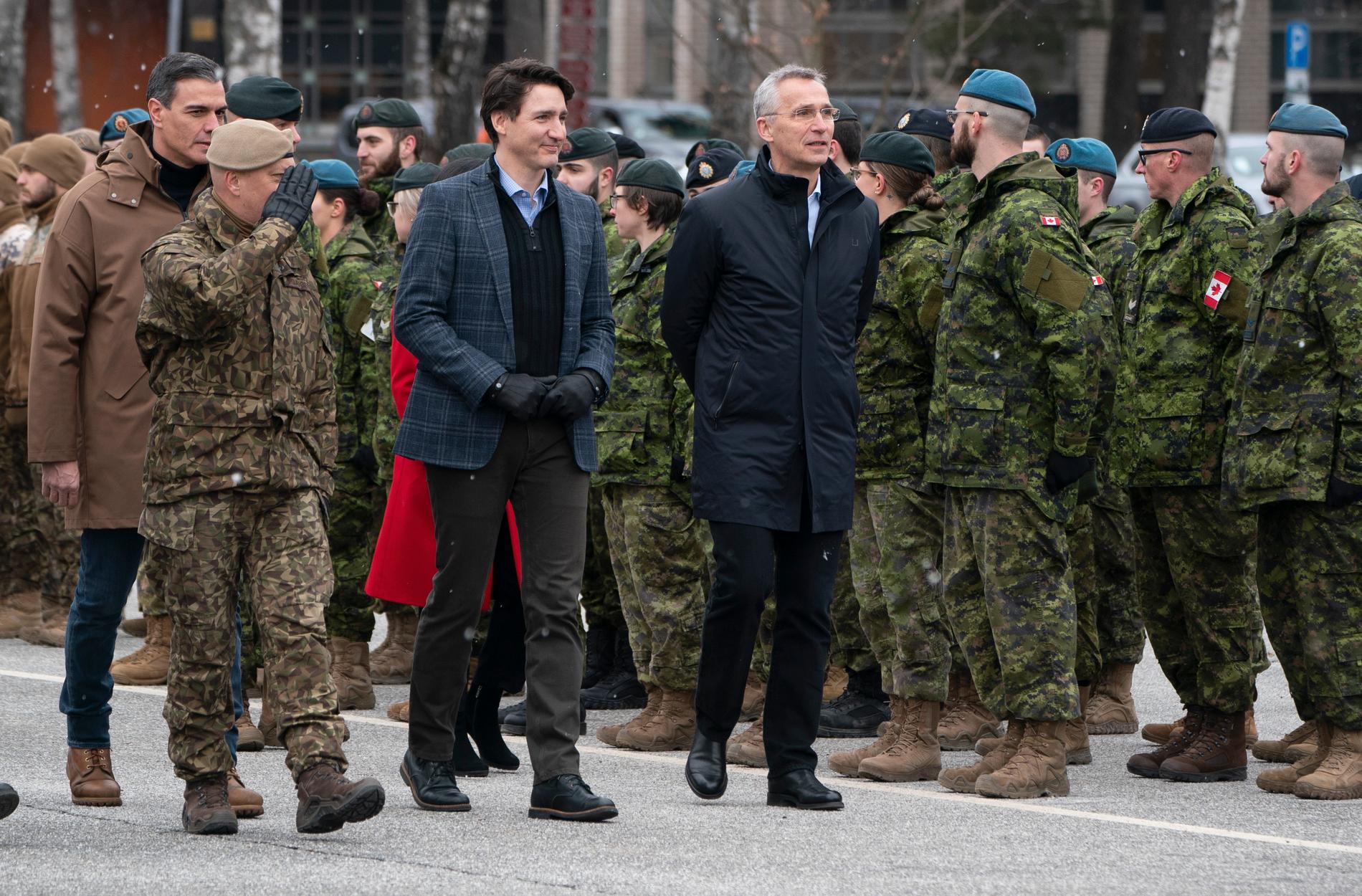 On Wednesday, Foreign Minister Anniken Huitfeldt visited the border at Dorohusk in southeastern Poland, where war refugees from Ukraine are now flooding into the country. Photo: Lise Serud / NTB

Family with young children and pets on their way across the border from Ukraine. This is the view that Foreign Minister Anniken Huitfeldt (Labour) encountered in Poland.

On Wednesday, the Foreign Minister visited the border at Dorohusk in southeastern Poland, where war refugees from Ukraine are now flooding into the country – many of them on foot in wheelbarrows and pets, in temperatures around zero degrees and with snow in the air. .

– I have seen long queues of children with school bags not filled with books, but with teddy bears and things they have to bring from home. And then almost no men and almost no boys, because they were left on the other side. It’s very powerful, says Huitfeldt.

The foreign minister said he had seen many refugee camps in his life, but he had never seen anyone fleeing across the border himself.

– It tells something about the atrocities of this war, he said.

– Such a flow of refugees in Europe, so close to Norway, we haven’t seen it in a long time.

On the way to a more peaceful life