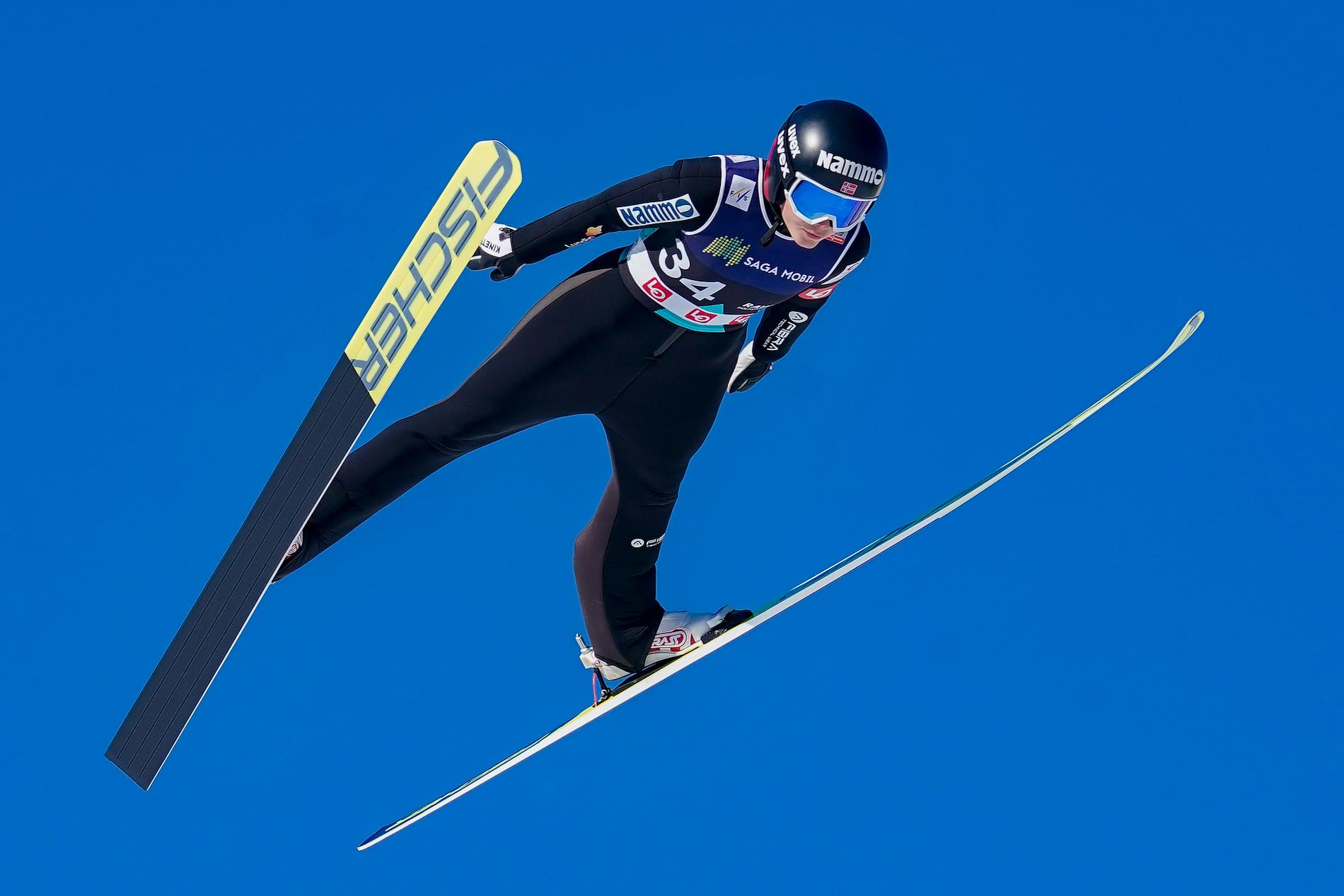 We are deep into overtime in the fight for equality. Although the jump girls got a test flight at Vikersund in 2004, they are still without competition on the world’s largest ski jump hill. My demand before the calendar meeting at FIS was clear: Let the women go to Vikersundbakken for the winter.

Less than 30 minutes ago

This is a chronicle. The chronicle reveals the attitude of the author. You can submit articles and debate posts to VG here.

As Secretary General of the Norwegian Ski Association, I cannot accept that female athletes have not had the same opportunities as male athletes. It is incomprehensible that Maren Lundby, Silje Opseth and other stars are not allowed to fly!

The decision to allow women to take part in ski fly competitions rests primarily with the Calendar Committee in Jumping at the International Ski Federation (FIS). The committee meets during Easter week. The Norwegian Ski Association has again appealed to the committee to hold a ski flying competition for women in Vikersund under RAW AIR.

When next year’s schedule is discussed by members of the calendar committee, the manager of the national jump team has the big task of convincing his male counterparts on the committee that there should be equal opportunities for women and men.

The counter-argument that women are not “ready” to fly skis, and that it is not “safe” for girls to fly, bears a sign of antiquity when women were referred to the kitchen counter. I don’t buy into the arguments supported by some of the member states’ calendar committees. I cannot accept that gender is used as an argument to keep women away from Formula 1 jumping.

There is and will be gender discrimination.

The Norwegian Ski Association has for several years argued that women should be allowed to fly. The gender equality argument has been clearly and clearly presented both through our representatives on the calendar committee and on the FIS jump committee, and through advocacy work with other FIS member countries.

The Norwegian Ski Association has proposed a competition program, we have debated the commercial value of flying ski races, we have even studied the physical starting point for women to be able to fly.

This winter, the women got to jump in the world’s largest ski jump at Willingen, as a step on their way to ski flying. The jumping race at Willingen is a good test! In our view, there is no argument that women should not fly.

However, the majority of FIS member countries oppose giving equal opportunities to female athletes as well as male athletes.

When I explained to my 12 year old daughter why girls who jump don’t get the same opportunities as boys who jump, I fail miserably. In the same way we at the Norwegian Ski Association fail to explain this to the Norwegian population.

Nor is it understandable in a country where gender equality is the mainstay of society. In a society where the principles of gender equality are enshrined in basic laws and regulations.

Through letters from NISO and LO sent to the calendar committee at FIS, there are also references to EU and EEA regulations setting out requirements for equal opportunity and equal treatment. According to NISO, not allowing women to fly could be a violation of this rule. That says it all.

We’ve seen time and time again that ski jumps that are canceled are only replaced on the men’s side. Why is it like that? Last winter, the Norwegian Ski Association proposed that “countries that regulate ski jumping for men, should also commit to ski jumping for women”.

This produced the best season for a female jumper this winter, before the pandemic and war unfortunately caused races in Japan and Russia to be cancelled. In Norway, we entered extra races under RAW AIR in lieu of canceled races. We want – and we can here in Norway!

Now we must demand that Slovenia, Poland, Austria, Switzerland and other FIS member states also be aware of their responsibilities. I hope the jump representatives on the calendar committee at FIS know their visiting hours, and let the ladies fly!

In the season that has now ended, Norway held 1 of 3 women’s jump competitions in the framework of the World Cup. 7 of the 19 races were arranged at Lillehammer or at Holmenkollen. Together with Germany, we organize the most races. We are proud of that.

We also shouldn’t forget that this year we had a bigger total prize pool in RAW AIR for women than for men after we entered the extra race. This is unique!

Since the women’s jump appeared on the international calendar in the early 2000s, Norway has hosted more than 60 Continental Cup (tier two) races and more than 40 World Cup races. We first came out with the big hill at Holmenkollen, and are always working to improve equity.

The Norwegian Ski Association was the active driving force for Maren Lundby to be able to jump off the massive slopes during the WC in Oberstdorf, something that was not originally planned.

The Norwegian Ski Association will be a pioneering organization in gender equality, both in the field of sport and at the managerial and coaching level. We continue to develop future ski leaders and we look forward to seeing more female jump coaches like Line Jahr in the years to come.

The jumping girls are ready. The ski association is ready. Vikersund is ready. To see the women fly to – and maybe over – 250 meters in Vikersund next year. The question is whether the other FIS member states and the jumping committee themselves are ready. We will do everything we can to make it happen.

PS! The calendar meeting at FIS will be held on April 13.