MKPI has launched a new project to attract investment to Ukraine 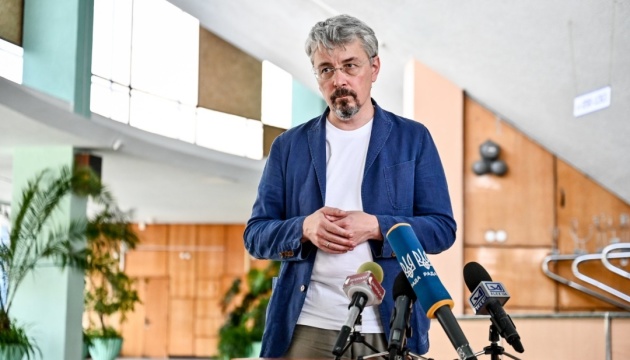 The Ministry of Culture and Information Policy, together with advertising holding company WPP, launched the Advantage Ukraine project, which will attract investment in the Ukrainian economy. The first results are expected in September.

This was announced by the Minister of Culture and Information Policy, Oleksandr Tkachenko, reports Ukrinform.

“Today, on Independence Day, we launched the Ukraine Profits campaign. Its purpose is to declare to the whole world that you must invest in Ukraine now, otherwise risk being the last. Already at the beginning of September, there will be a lot of positive news that will bring new investments to the Ukrainian economy from the world’s leading companies, ”he wrote.

Tkachenko said that the first teaser of Advantage Ukraine was launched today, and the first banners and announcements about the project appeared in Western media in the UK, US and Germany. He also emphasized that the best digital media and resources were involved in the promotion of the initiative, and the presidents of leading companies were invited as the face of the project and the first investors.

He stressed that the world community should look to the future after the victory – “not to wait for it, but to contribute to the peaceful and prosperous future of our country.”

He also noted that the initiative was followed by various ministries, in particular the Ministry of Economy, Ministry of Digital Transformation, Ministry of Energy, Ministry of Agriculture and Food Policy, proposing investments in various industries.

The MKIP chair also noted that the “campaign is promising like never before” and expressed hope that the results would be the same.

As reported, MKIP and Vodafone Ukraine have started a fundraising project for the reconstruction of cultural monuments destroyed during the war.