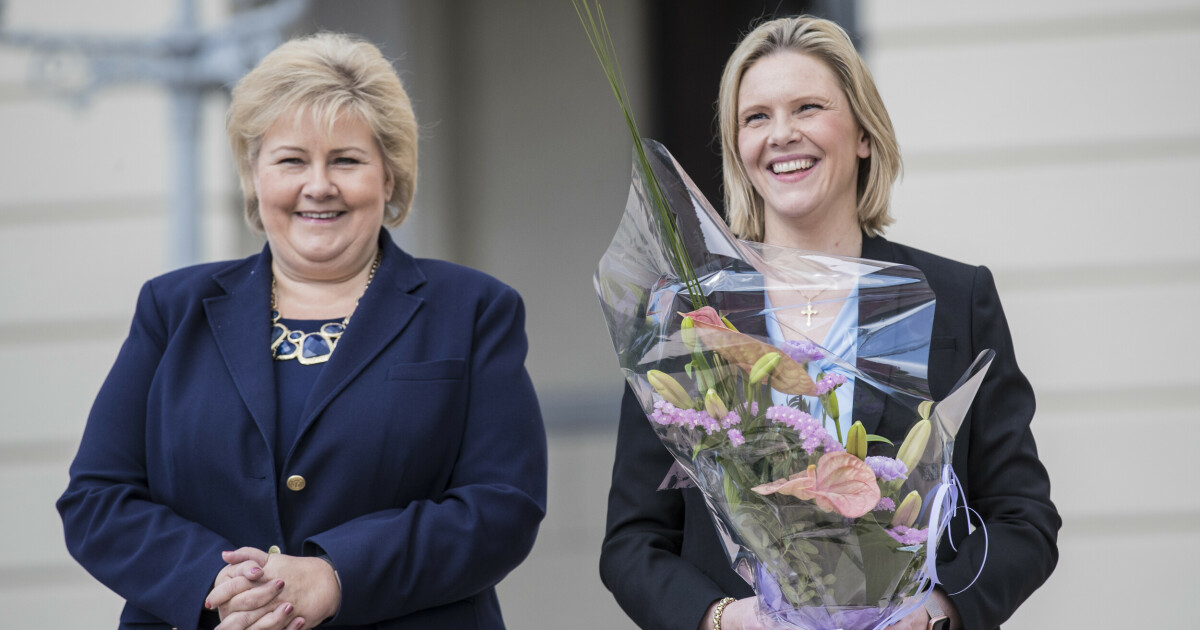 The Conservatives, Liberals and Progressive Parties could form their own majority government if there was an election today. This is shown by the Ipsos party barometer carried out for Dagbladet.

The Conservative Party has made the same progress as in some other measures, with 27.2 percent compared to 20.4 percent in last year’s general election.

– Putin’s war of invasion in Europe, which has brought with it soaring prices for things that are absolutely necessary, means that many are turning to the side impatient for a good and realistic solution, said Tina Bru, deputy leader of the Conservative Party.

The FRP has also made progress since the election, with 15.1 percent support.

– It’s great to have another good poll for the FRP and a majority of voters will replace the crippled government, says FRP leader Sylvi Listhaug.

Liberal deputy leader Sveinung Rotevatn said he was pleased that the Liberal Party remained on the same level from the general election, with 4.2 percent.

– It’s quite clear that the electorate is really tired of the Ap and Sp government projects that seem backwards, and wants a change, says Rotevatn.

Høyre, Frp and Venstre together have 85 mandates, which is the number of seats in the Storting hall needed to recreate the dream of Erna Solberg’s old government. The fourth party, KrF, got 3.8 percent and still below the block limit.

– It’s always nice to have measurements showing that we can reach the limit of the barrier, says KrF leader Olaug Bollestad optimistically.

There was no significant change from the previous measurement in June, but the measurement was marked by the same trend as before.

Jonas Gahr Støre (Ap) is leaking voters to Solberg and Listhaug, the survey shows. App got 21.6 percent and makes the same drop from the election result of 26.3 as in some of the other new measures.

– We obviously have to do better than this, said Labor party secretary Kjersti Stenseng.

He said the government is working intensively and must do what it can for responsible spending and to avoid rising inflation and higher interest rates.

One government party, Sp, takes voters from another, Ap.

But Trygve Slagsvold Vedum (Sp) also lost voters from the Conservative Party and the FRP.

The party is getting 5.7 percent and more than half since the election. The numbers also show that Sp is struggling with loyalty. Every third SP voted for another party, and another third said they didn’t know what they would vote for at this point.

– This is a lower level than we were targeting, said Geir Pollestad, deputy speaker of parliament Sp.

Sp-toppen believes that people feel the anxiety associated with high prices and says they work to gain control of power and steer through difficult times.

– This is not an easy task, and will take time, but we believe that it will increase support going forward, said Pollestad (Sp).

Red and SW the same size

Both parties on the far left got the same result, 7.4 percent. But while SV is down from previous measurements, Rødt is up accordingly.

– With this measurement, SV is on track to average close to 9 percent in August, and we are very satisfied with that, said SV acting leader Kirsti Bergstø.

Rødt leader Bjørnar Moxnes said he thought voters were struggling to see the difference between Solberg and Støre’s policies and wanted action.

“I think Rødt is growing because of our demand for maximum prices, and I think a lot of the left wants to strengthen us to pull Støre towards us and away from Solberg and Conservative politics,” Moxnes said.

The results of the Greens have not changed since the last poll, and the party gets 3.5 percent.

The margin of error is between 1.4 and 3.3 percentage points.