News, Discgolf | Anniken fulfills one of her biggest dreams in meeting the world’s elite: – Fantastic experience 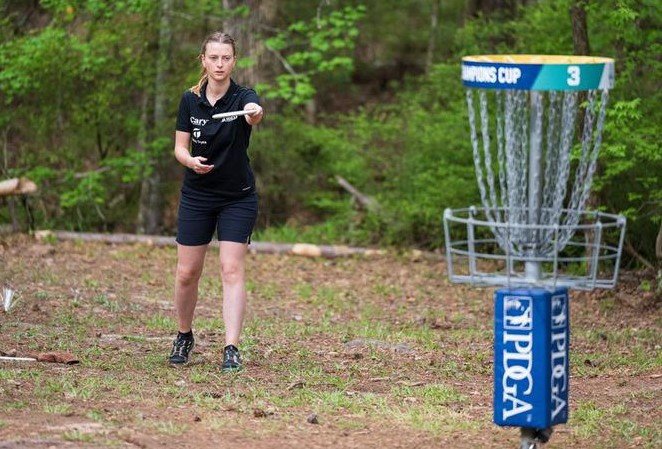 The Champions Cup is the new tournament for the year and the entire elite of the world is in what is also the first major tournament of the year. Here not only to appear, here is required a special invitation. Several Nordic and Baltic athletes are regularly seen at such tournaments in the US, and organizers are following what is happening at this end of the world. After Anniken Steen won the National Championship last year, she was presented with an invitation to the Champions Cup at Appling. So, that’s just to pack the disc and bring in mate Tom Erik Kristiansen as a caddy.

“Being able to play in a tournament in the US is something I’ve wanted for a long time, so it’s huge,” said Steen who dared not have any particular expectations for results and achievements.

– Many of those who played this tournament had already started the season in February, so they have some competitive experience from this year. I, on the other hand, came from hibernation. It would have been optimal if I had a few tournaments this year first before this one to get into competition mode a bit again, but this time it wasn’t. So even though I’ve done my best to lay the groundwork for training, it’s something else to come out in the first tournament of the year. So it’s hard to have any particular expectations for the results this time around, he said.

Steen admits that before the tournament he was nervous about competing against athletes he admired and who he had only seen on TV before.

– I’m very nervous actually, but I think this is what is needed to develop me as a player. “Get used to the higher pressure and keep mentally in check during the round even if you know you’re playing against an athlete who has more experience and a better rating than me,” he said.

The tournament lasted four days and the course was perfect for Steen, but the first two days didn’t go the way he had hoped.

– The game the first two days isn’t quite over the top, and you can’t afford it among the elites, so it goes that way. On the third day it rained a lot, and then I played steadily when many couldn’t handle the weather conditions. “Last day I was very happy with my own game, but my penultimate hole made a triple bogey (one of the more demanding holes on the course), and I finished a total of three over par in the final round,” he said.

Thus, he finished in 27th place out of a total of 40 tournaments planned to be the only tournament in the United States this year. Participation and placement in the Champions Cup earns him points on the tour roster and those who collect the most points will participate in the playoffs this fall.

“But it’s almost impossible for me because I can only play this tournament here in the US,” he said.

Steen makes no secret of the fact that days with the world’s elite give more flavor.

– This is an absolutely fantastic experience. Lots of impressions to take over in new places and environments while playing well. I take a lot of experience and reflection on my own game. What needs to be improved and what works well. I have now seen that when I play at my best, I can establish myself among the top 10. Furthermore, I carried a good dose of motivational boost into the rest of the season. Next stop is the Norwegian Cup in Solør this weekend. The plan, this will be my only participation in the Norges Cup this year, for this season I will prioritize the European tour. Plans in any case to take victory at Solør, he said.