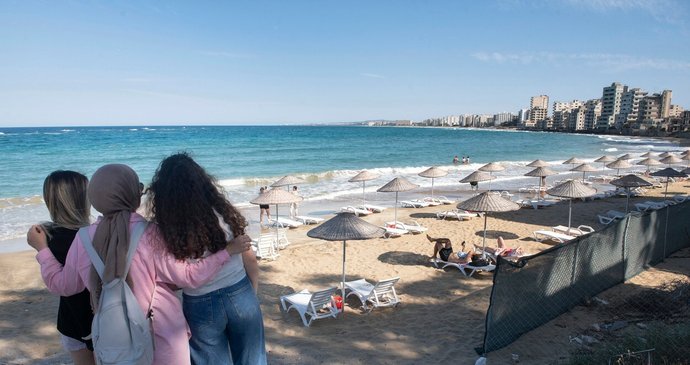 In the last two years, due to the pandemic, hoteliers have largely changed the snack serving system, where all the dishes can only be put on the plate by the staff. Currently, all dishes are reopening for resorts at the important holiday resort of Bafra in Northern Cyprus. People can also make their own coffee or tea.

The table is set for breakfast, lunch or dinner. The waiters don’t bring everything as before until the guests are seated at the table. Hand sanitizer is usually available at restaurant entrances, and disinfectant wipes are also available at the counter in some hotels. After people leave the table, the staff always clean the place carefully. In the restaurant and other parts of the resort, meticulous order is maintained on an ongoing basis.

Indoors and outdoors are not mandatory. There is a warning for the lift that only a certain number of people must be transported, depending on the capacity of the lift. At Noah’s Art, for example, they recommend that only members of the same family or a maximum of two strangers travel together.

No action even by the pool

There are no anti-epidemic bans on beaches or pools. At Concorde Luxury Resort, for example, guests can pick up their own towels on the sunbeds, no need for cards or waiting for staff to deliver beach towels.

Director General Kaya Artemis Tevfik Yilmaz told TK that he is still following the rules, regulations and recommendations of the World Health Organization (WHO) and other authorities with regards to the pandemic. According to him, there are still rooms for guests who must be quarantined. He added that all the staff were vaccinated and the disease was under control. For example, the disinfectant racks in elevators and other parts of the hotel were used by Kaya Artemis before the pandemic.

Cyprus has relaxed requirements for entry into the country since June 1. People don’t have to provide proof of complete vaccination or a negative coronavirus test. The hotel does not require an extensive form to be filled out on arrival.

Czechs looking for facilities for children

Blue Style travel agency spokeswoman Ilona Topolová said that Czechs are most attracted by four and five star hotels with facilities for children. According to him, the quality of food and service at affordable prices also attracts other groups of tourists, both young people without children and old tourists who are adults.

Cyprus has been divided since 1974, when Turkey sent troops to the country in response to the Greek Cypriot coup backed by the military junta in Athens. In 1983, the Turkish Republic of Northern Cyprus was founded on about a third of the island, recognized only by Ankara. For example, consular assistance for tourists living in the northern part of the island is provided on a limited basis, the Czech Ministry of Foreign Affairs says on its website.