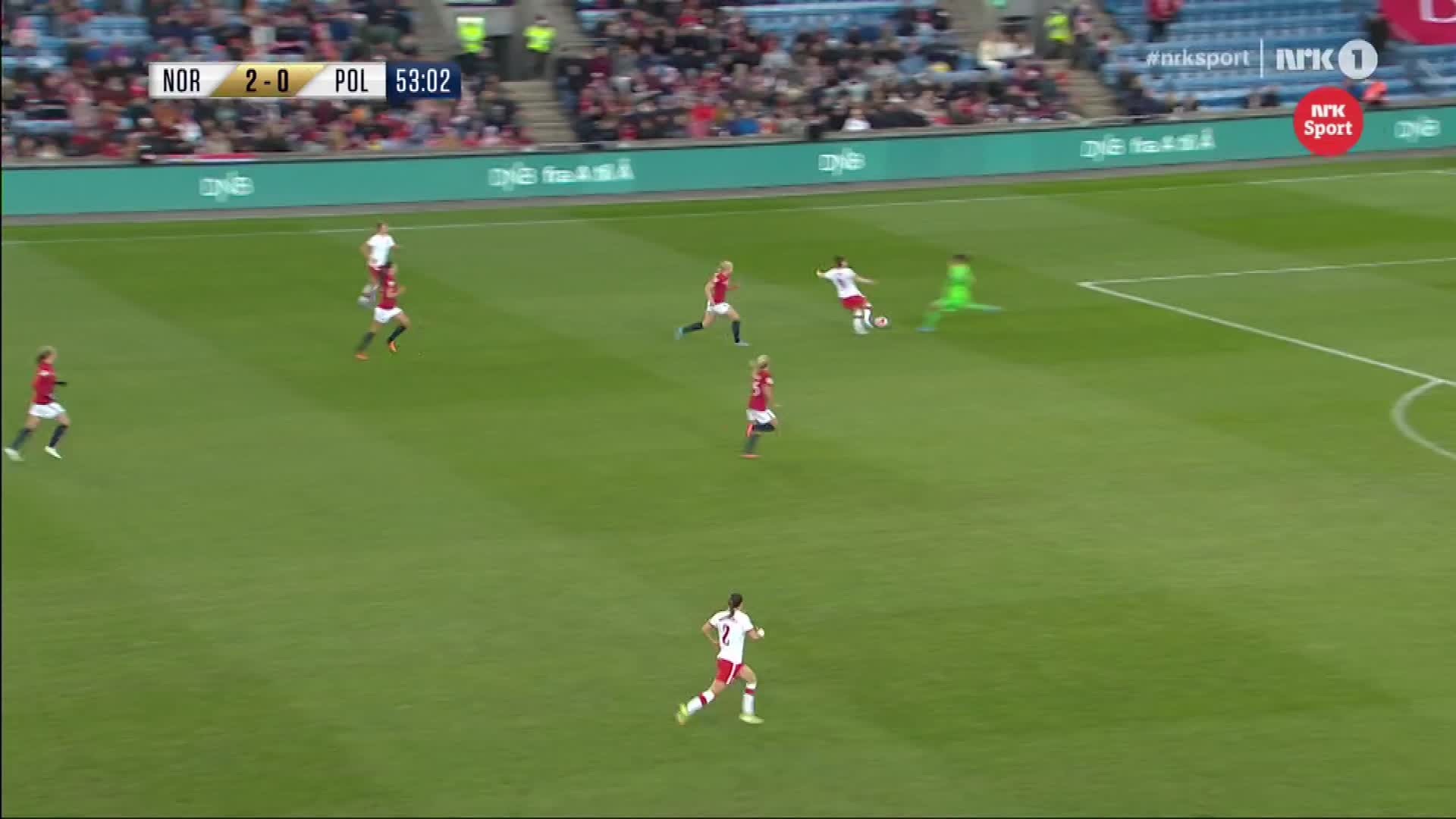 Norway took an important new step towards the World Cup with a 2-1 win over Poland on Tuesday night.

The hosts got off to a good start with a few chances and two quick goals, but the Whites played more and more in this match.

Then, right after the break, the battle scene could be completely reversed. Substitute Ewa Pajor ran free in the back room, and Fiskerstrand came out late and tackled Pajor – while the ball continued to roll.

However, Judge Ivana Projkovska did not blow the whistle.

– There’s Norway kvery lucky that there will be no red cards and free kicks, comments NRK expert Carl-Erik Torp.

Graham Hansen admits he thought the worst after the tackle.

– I thought he would blow and it would be red, but the judge wanted it differently. I held my breath there, said the 27-year-old.

The main character himself was relieved.

– Were you lucky not to be kicked out?

– Yes, I would say that, replied the goalkeeper.

Six minutes after the situation, guests are reduced. That also seemed to wake Norway, who produced chance after chance in the last 15 minutes.

There was Hegerberg who came closest, but goalkeeper Karolina Klabis was in an impossible corner. Just before the end, he continued this save:

– Obviously I will decide with at least the third goal. “We won, and that’s the most important thing, but we put ourselves in a bit too much trouble, especially in the second half,” Hegerberg told NRK.

Poland did not give up, and just four minutes from the end “everyone” thought that Pajor had equalized for the visitors.

However, the referee was not impressed, and ordered him to dive.

Thus, it ended with a very important three points for Norway.

Decided after the European Championship

Only the first place in the qualifying group will receive a direct ticket to the 2023 World Cup finals.

The runners-up must play in the playoffs, and Norway are guaranteed at least one playoff spot after Tuesday’s win over Poland.

The last two qualifiers will not be played until September 2 and 6. Then Norway first met group runners-up Belgium away, and then Albania came to visit.