Now the ship is gone without a trace 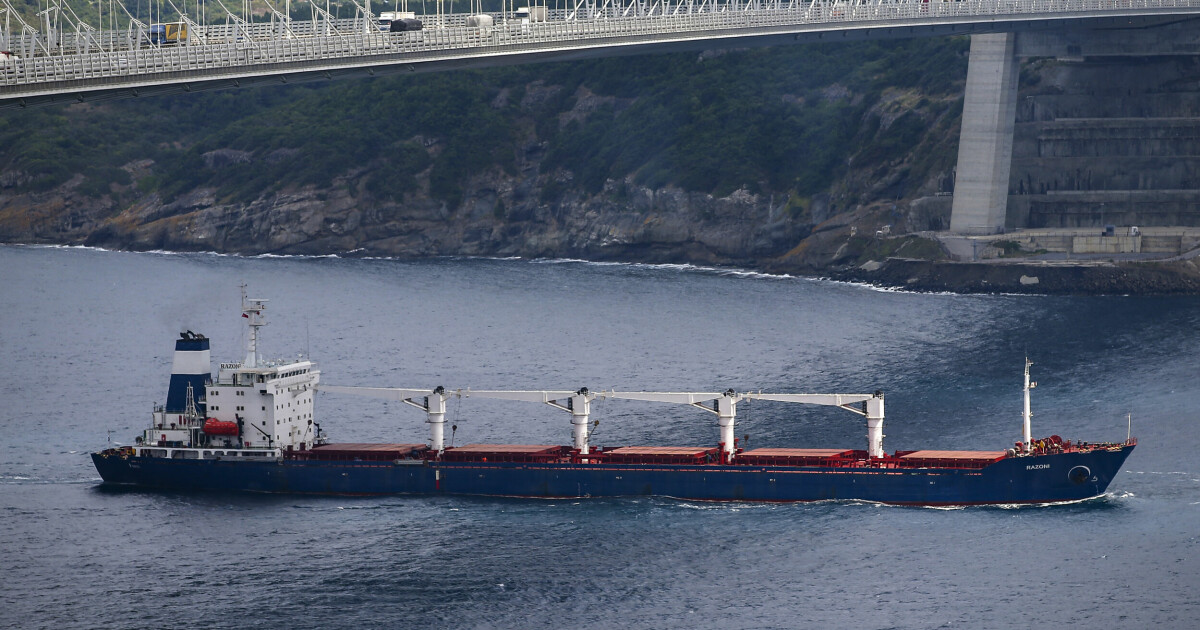 – The cargo ship Razoni, sailing under the flag of Sierra Leone and laden with corn, sailed out of the port of Odesa at 8.30 am bound for Lebanon, said a statement from the Turkish Defense Ministry on Aug. 1. .

– We have no information about the position of the ship or where the cargo is going. We also received information that the cargo had been sold several times, the Ukrainian embassy in Beirut said, according to the Associated Press.

Turkey and the United Nations helped Russia and Ukraine on July 22 agree a deal for grain exports from Ukraine, which has stalled since Russia attacked its neighbor and blockaded Ukrainian ports.

This has caused food crises in some parts of the world, as Ukraine is one of the world’s largest grain producers. The agreement has its own oversight office in Istanbul, where representatives from all three countries gather.

Razoni was first inspected in Turkey, before going to Lebanon with 26,000 tonnes of corn to use as chicken feed. However, the buyer in Lebanon did not want to accept the cargo, allegedly because it was delivered late.

Then the tracking on the Razoni is turned off. It’s been three days like that. The Associated Press wrote that one possible reason was that the ship went to Syria, an ally of Russia that Ukraine accuses of importing stolen grain.

Syria is also subject to sanctions from the West because of the 11-year conflict there, which has resulted in the loss of hundreds of thousands of human lives.

Reuters citing two sources that the ship was en route to the Syrian port city of Tartus.

– Our mission was to reopen ports for grain exports and that has been done, said the Ukrainian Beirut embassy.

According to the embassy, ​​16 ships have so far transported more than 450,000 tonnes of agricultural products since the agreement was made. Razoni is registered in Sierra Leone.

– We are not responsible for the ship or cargo, not after leaving Ukraine and especially not after the ship leaves a foreign port, notes the Ukrainian embassy in Lebanon.

An estimated 20 million tonnes of grain destined for export have been held in Ukraine since the war began.