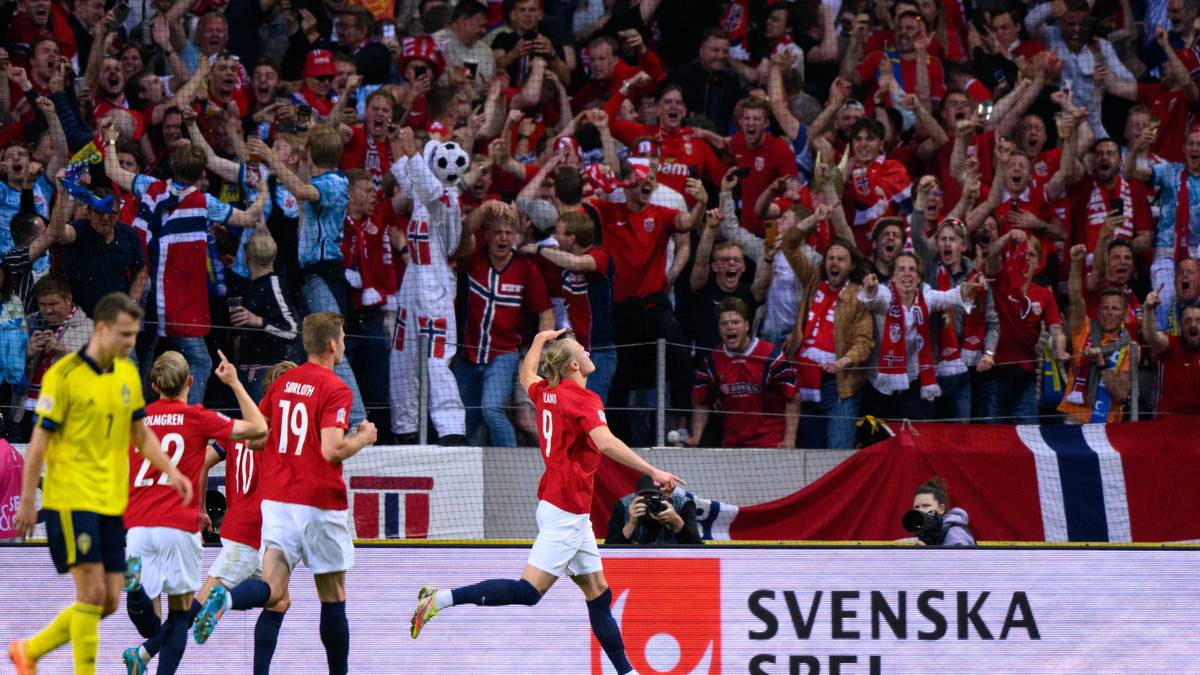 “17 years without defeat against Norway have passed. And my God, it hurts when such a prestigious record is broken.”

He is not alone in his frustration and disappointment after defeats against Erling Braut Haaland and the Norwegian team.

Swedish star Dejan Kulusevski was very upset by the game. He told NRK that he thought Norway deserved to win.

– They’re better than us. They weren’t great, but I think we were pretty weak today. They deserved it, said the Tottenham star.

Here you can see the highlights from the match:

Kulusevski believes Sweden appear uncertain and hesitant against a good Norwegian side.

– We have to be much better in all areas, especially mentally, we have to get rid of the fear we have. Against a team like Norway, it doesn’t matter who comes here, it will be difficult to play against us. “It’s not right that we played the game like we did today,” he said.

– You use a word like scared, is it Haaland you’re scared of?

– Not. But we didn’t play well, we didn’t know what to do. I think we had one good attack in 45 minutes, it was not good,” Kulusevski told NRK.

Sweden national team manager Janne Andersson is not as negative as Kulusevski. Andersson was more upset by the penalty that made it 1-0 than Sweden’s game itself.

– It’s really terrible. I’ve watched it again and if we have VAR, and they can’t even assess the situation any better, then we don’t need VAR. This is very bad, he said.

Still, he took the loss seriously.

– Losing is boring, very boring. But if I look at the overall performance, I think we’re doing well. Parts of the fight are pretty good too. But there’s no getting away from the fact that penalties “set” the game a little. This is very boring. When you have VAR you can make the right decision, he repeated.

– I feel like we were pretty solid from start to finish. There was a period at the start of the 2nd half where they had a lot of set pieces and a bit of pressure on us, otherwise I felt we controlled it. They didn’t create the whole world, Ødegaard told NRK.

Janne Andersson replied with the following:

– Don’t say that we are bad today, then I won’t be happy. We were good for a long time, they weren’t better than us, but they won games. And then we can talk more about penalty kicks. Take a look and discuss what you think about it. It wasn’t a penalty at all, and with VAR, he sighed.

National team manager Ståle Solbakken described the win as “huge” for Norway. Solbakken allowed himself to be impressed by the group’s cohesion and courage.

– This is a group that likes to play for Norway. I think we’ve had a slump in the last 2-3 meetings, personal matches and all, it’s a group that grows together, he believes.

– Not satisfied until we go to the championship

A Swedish reporter asked Solbakken if he thought the match was more important for Norway than it was for Sweden, hence the national team manager had to smirk.

– You like to say that now, I think. But no, you shouldn’t ignore it. We may be in the desperate phase of making the playoffs, and once we do I think it will be easier to make more of the playoffs. “It’s important for us to get that breakthrough, and then we have to learn to beat the better ranked teams,” said Solbakken.

He is backed by Morten Thorsby, who is now warning against taking off after a brilliant start in the group stage of the national league.

Thorsby knew only too well how long it had been since Norway had managed to launch itself into a good company.

The Swedish manager asked for time

Janne Andersson has changed the Swedish style of play and is ready to get the result Sweden wants.

He believes that it is easy to see in Norway that Ståle Solbakken is starting to turn things around.

Norway now continues with two home fixtures in the National League. First, Slovenia awaits Ullevaal on June 9 before the encounter concludes with another match against Sweden on June 12.

The Nations League group stage concludes with two matches against Slovenia (away) and Serbia (home) on September 24 and 27.