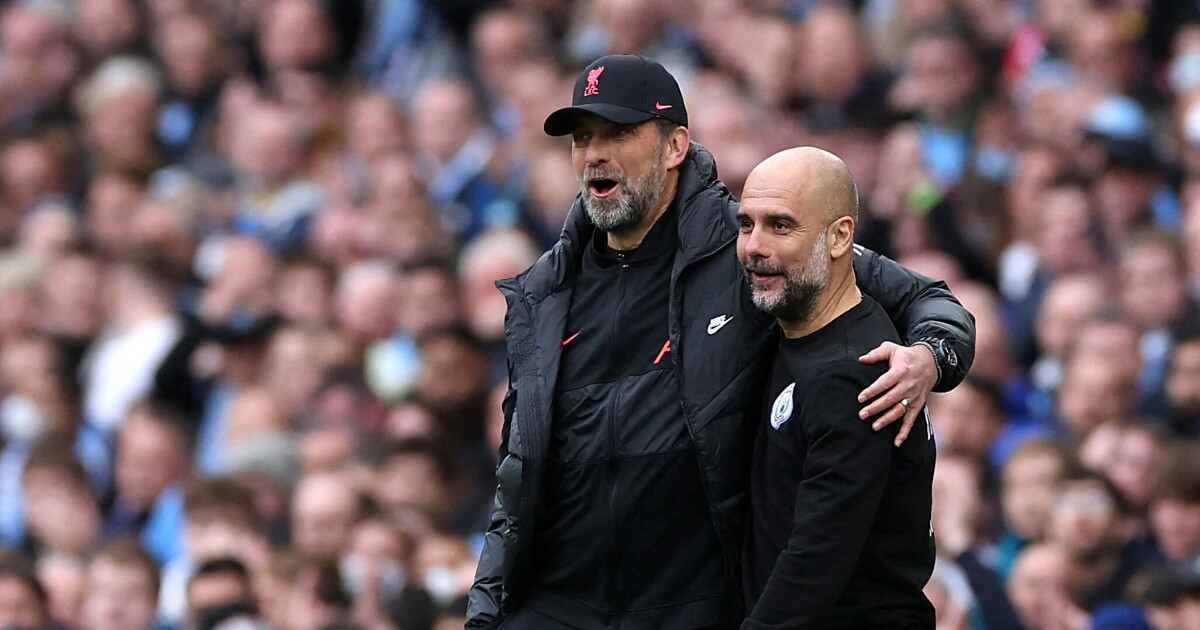 38 matches. 3420 minutes played, and a few extra minutes. Nine and a half months of struggle.

Yet none of the Premier League winners are ready, as the final game of the season will be played on Sunday.

Drama comes alive. It is so intense that the Premier League must take the necessary action.

The league will send two different teams to take care of handing over the trophy on Sunday.

According to The Times, there will be Premier League trophies both at the Etihad Stadium, where Manchester City host Aston Villa, and at Anfield, where Liverpool host Wolverhampton.

According to the newspaper, Premier League boss Richard Masters will be present in Manchester, while chairman Peter McCormick will be at Anfield to take care of a possible presentation there.

If City win their game – as many expected – they are Premier League champions for the second year in a row. But if they score points at the same time Liverpool win their game, there will be parties and possible pitching at Anfield. Jordan Henderson could then lift the trophy for the second time in three years.

For fans of both teams, it will be a tense hour.

– This could be a historic day. Winning league gold in front of your own crowd at Anfield would be huge. It means a lot to Liverpool and the fans, Tore Hansen, general manager of the Liverpool supporters club, told Dagbladet.

– Liverpool have always been a big Premier League team historically, but then it took 30 years before they won again in 2020, but that was without spectators. Now you got them back. I think it will be the biggest football party the world has ever seen after that. That would be huge, said Hansen.

– Trophies are a privilege

But Manchester City are in the driving seat and are favorites for the title.

– I’m obviously nervous and you get used to it. But I’d rather be one point ahead than one point behind, City supporters club spokesman Ole Fuglestad told Dagbladet.

Even if Liverpool took a turn in the youth blues on Sunday, Fuglestad would not call the season a disaster.

– I would say it’s a shame, but I also wouldn’t call it a disaster, a scandal or a crisis, he said and explained:

– It is important not to be arrogant and spoiled. Trophies are a privilege and not a right. Many people forget that. That’s one of the reasons we don’t like some of our rivals. Some of them believe that they have the right to win the trophy. If you end up with zero, it’s usually because you weren’t good enough, says Fuglestad.

Duel all the way back

This will be the ninth time the Premier League season has been decided in the final round of the series. However Liverpool and Manchester City had shared the league title between them in the Premier League on the last day before. Liverpool.no and The Times have seen what has happened in recent years.

In the 2013/14 season, Liverpool could have won the league if City lost to West Ham in the last round of the league, at the same time Liverpool beat Newcastle.

It was the year Liverpool screwed up the chances of adventure and big lead. And when Steven Gerrard two rounds from the end he made a perpetual error and slipped so Demba Ba could walk from midfield and score for Chelsea. Thus, again City’s advantage on the last day of the season.

Liverpool did their part at Anfield, but City won their game comfortably 2-0 and won the league.

In 2018/19 came a great season where Liverpool and City followed each other completely. City regained the lead before half-time, with a one-point advantage.

City lost to Brighton, the notion that the impossible could happen spread in the Liverpool stands. But the Blues of Manchester turned things around and won comfortably 4-1. That season, Guardiola’s side collected 98 points, while Liverpool finished with 97 points.

Drama of all dramas

The most dramatic day to decide in the final chapter of the series was in 2011/12. The Manchester United game was over, and the winning goal meant that City – who trailed against relegation-ready QPR – won the league on goal difference.

Now the stage is set for drama again. Like the swirling game that happened in May-Sun 2011/2012, it should have been well done. Or?

Anything can happen, history books show.

The table before the last round