President of Ukraine about Russian attacks on important objects. “They take lives, we give you a chance to survive” – ​​Wprost 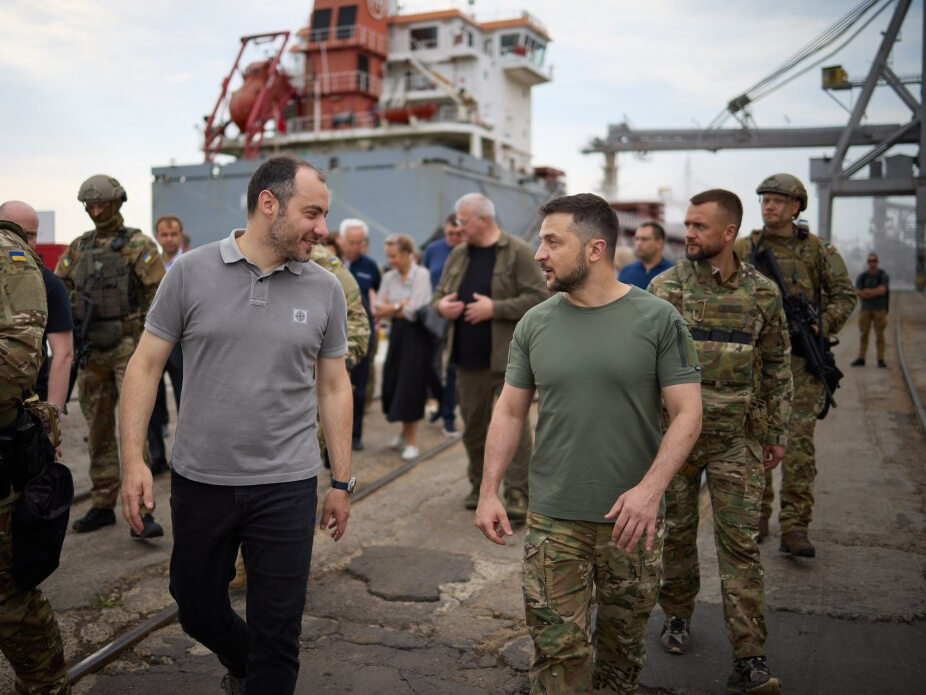 On Saturday, July 23, Russia launched a rocket towards the port of Odessa. Two of them hit port infrastructure. It comes less than a day after the signing of a landmark agreement on Ukraine’s grain exports through three Black Sea ports: Odessa, Chornomorsk and Yuzhne.

On Friday, Volodymyr Zelensky went to Odessa Oblast, where he inspected the loading of ships with Ukrainian grain for further transportation. Loading takes place at the Black Sea Commercial Seaport. This was the first ship of this type since the start of the war. The ship belongs to Turkey. The Ukrainian president confirmed some ships would start exporting.

Ukrainian leaders expect signals from the United Nations and Turkey, which have signed a special grain export agreement. The ship may depart in the “near future” but a time perspective has not yet been determined. – It is important for us that Ukraine remains the guarantor of world food security – he explained.

“While someone, blocking the Black Sea, takes the lives of others, we give them a chance to survive,” Zelenskiy added on Facebook. The Ukrainian president also met with representatives of the diplomatic corps accredited in Ukraine, with whom he discussed grain exports and international support for Ukraine.

The Ukrainian politician also visited military personnel being treated at one of the medical facilities. Among the patients were Spanish nationals who fought in an international battalion in the war in Ukraine. Zelenskiy wished the soldiers a speedy recovery and inquired about the need for the facility.