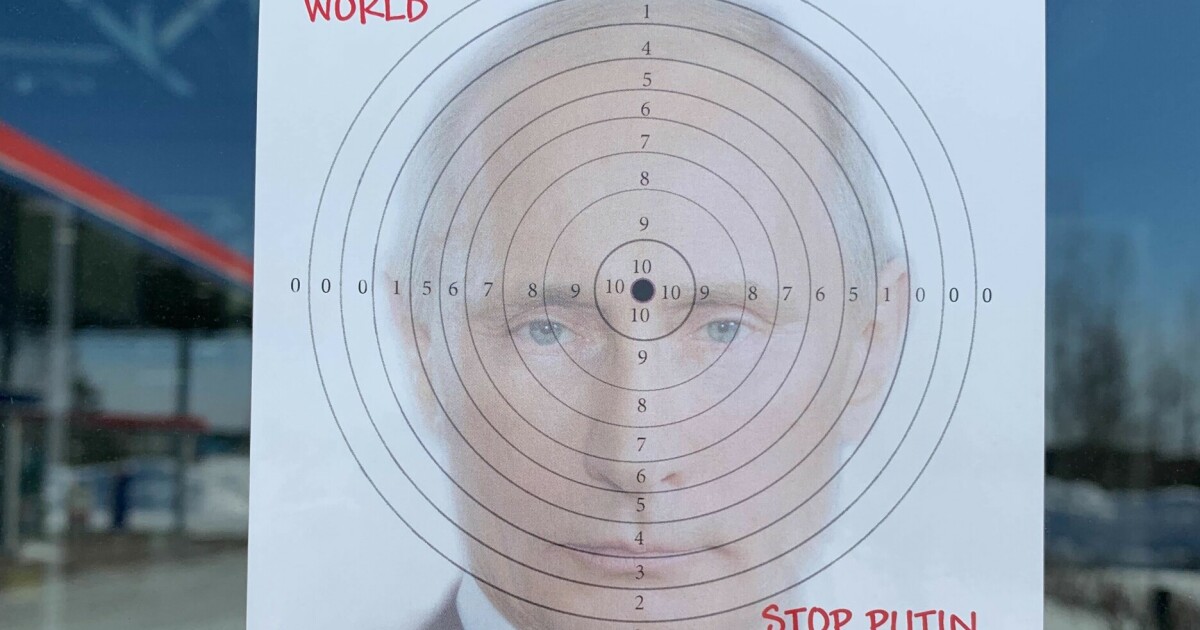 Saddam Hussein, Muammar al-Gaddafi and Adolf Hitler. In recent weeks, equality has been drawn from Russia with the three worst heads of state in history.

They have all been mentioned since the invasion of Ukraine began. At the same time, two questions hang in the air: What will happen to Vladimir Putin after the war is over?

And why did no one step in and take away the Russian president?

Professor in the Department of Sociology and Political Science at NTNU, Jo Jakobsen, has been following developments in Ukraine closely in recent weeks. He said there was one particular reason why Putin appeared to be safe in Moscow, while the war he started was causing suffering to both civilians and soldiers.

– First and foremost, they have largely stopped liquidating heads of state. Therefore it is not possible in this context. The power that can get rid of him must come from within Russia. You could go to Iraq and Libya, but we’ve never been in a situation where you’re trying to get rid of a leader who has a large number of nuclear weapons, Jakobsen said and elaborated:

– Therefore, one is very careful in suggesting forced regime change in Russia. If you start painting Putin in a corner, the situation becomes very unsafe. The weapons are so ruthless that NATO and the West are very reluctant. If Putin really fears for his life, he has nothing to lose. This is a potentially disastrous situation. In that sense, he is much safer than without nuclear weapons. It would put the whole world in danger if you went in and tried to take away Putin, the professor said.

One of two scenarios

He believes the Russian president will never clearly signal externally that he will surrender and lay down his arms in Ukraine. However, that does not mean it is not assessed, according to Jakobsen.

He said that there are two scenarios first and foremost which now determine the future of the country and Putin.

– The most important and crucial is how the war goes. There you should start. If you win the war, you also dictate the peace. If Russia had an easy win, they would be very capable of dictating what happens in Ukraine and in part with European security, Jakobsen explained.

But Ukrainian forces have put up unexpected resistance to Russia. What appears to be a plan based on a simple win, turns out to be something completely different.

Jakobsen believes it is difficult to predict and know where the war will continue. However, something can be assumed, based on previous battles.

– War usually ends when one of two things happens: One side wins clearly or the war stops, there is no more movement and costs and exhaustion becomes so great that the war is “extinguished”, the professor said.

– Can get some kind of victory

Signals so far have shown the latter. Among other things, the much-talked-about Russian military column of more than sixty miles was barely moving for several days.

– There are signals indicating that a person is approaching a stagnant situation, but it is too early to establish. Fatigue on both sides would eventually cause both of them to give up. The Korean War actually lasted three years, but two of them were more or less stagnant. “It looks like you’re already in the exhaustion phase in Ukraine,” said Jakobsen.

At the same time, the professor believes there is great uncertainty about Russia’s potential power. President Putin also doesn’t seem to have lost faith that the fight can go his way.

How long would it take before he finally admitted that there was a stop that was impossible to predict. Jakobsen believes, however, it won’t take as long as it did in Korea.

– If there is no Russian progress in the coming weeks or months, then they are much weaker in terms of victory. I don’t think this war will continue for years, Russia doesn’t have the capacity to do so. Especially not against Ukraine, which receives support from the West, he said.

– Can Putin and Russia still win this war?

– They can still get some sort of win, but it will be much more difficult than the Russians imagined, Jakobsen said.

The International Criminal Court in The Hague (ICC) in early March launched an investigation into the Russian invasion. Ukraine is not a member of the ICC.

The court is still investigating possible war crimes in the country as 39 member states, including Norway, have requested it. Ukraine has also given permission to the ICC to investigate crimes on Ukrainian territory.

The most stringent ICC staff is life imprisonment.

– How likely is it that Putin can be convicted of war crimes?

– Putin is the head of state in a country that is not a member of the ICC and that makes his starting point difficult, says Advocate General Sigrid Redse Johansen.

Russia’s wartime investigations can affect military leaders at all levels of the military chain of command, but Redse Johansen explains that international criminal tribunals have a tradition of prosecuting top leaders.

As head of state, Putin has immunity from prosecution in other countries.

Congo was upheld by the International Court of Justice in The Hague because the arrest warrant violated the immunity of the incumbent minister.

Had to leave Russia

Therefore, only the International Criminal Court can try him for war crimes committed in Ukraine, but it is not easy because Russia is a member of the Security Council and not a party to the ICC.

If a court were to issue charges against him, he would in principle be arrestable in all countries, but it’s currently hard to imagine in practice. This meant that he would have to leave Russia if that happened.

– And one can also assume that if Putin leaves Russia, he will travel to a country that is not a member of the international criminal tribunal, says Redse Johansen.

123 states are members of the court. Israel, Russia, Sudan and the United States were among the countries that did not.

A judicial settlement after the Ukraine war could come about in more ways than by Putin the ICC demands, and one does not rule out the other. Among other things, there may be civilian settlements after the war.

– Compensation settlements have historically been an important part of the legal settlement picture and are something that also helps create legal remedies, says Redse Johansen.

After the civil war in Sierra Leone in the 1990s and early 2000s, special tribunals were established by agreement between the United Nations and the authorities in Sierra Leone, and after the war in Yugoslavia and the genocide in Rwanda, separate tribunals were established by the United Nations Security Council. According to Redse Johansen, this will not be possible now, as Russia is part of the Security Council.

– What could also happen is the so-called Fact-Finding Commission, he said.

It lies in the word; A commission of inquiry aims to find out what has happened, for example in war.

– Time will tell what legal settlement will come and whether someone will be able to convict Putin of war crimes. There appears to be great political will to impose sanctions and historically such a will has proven to be very important, he said.