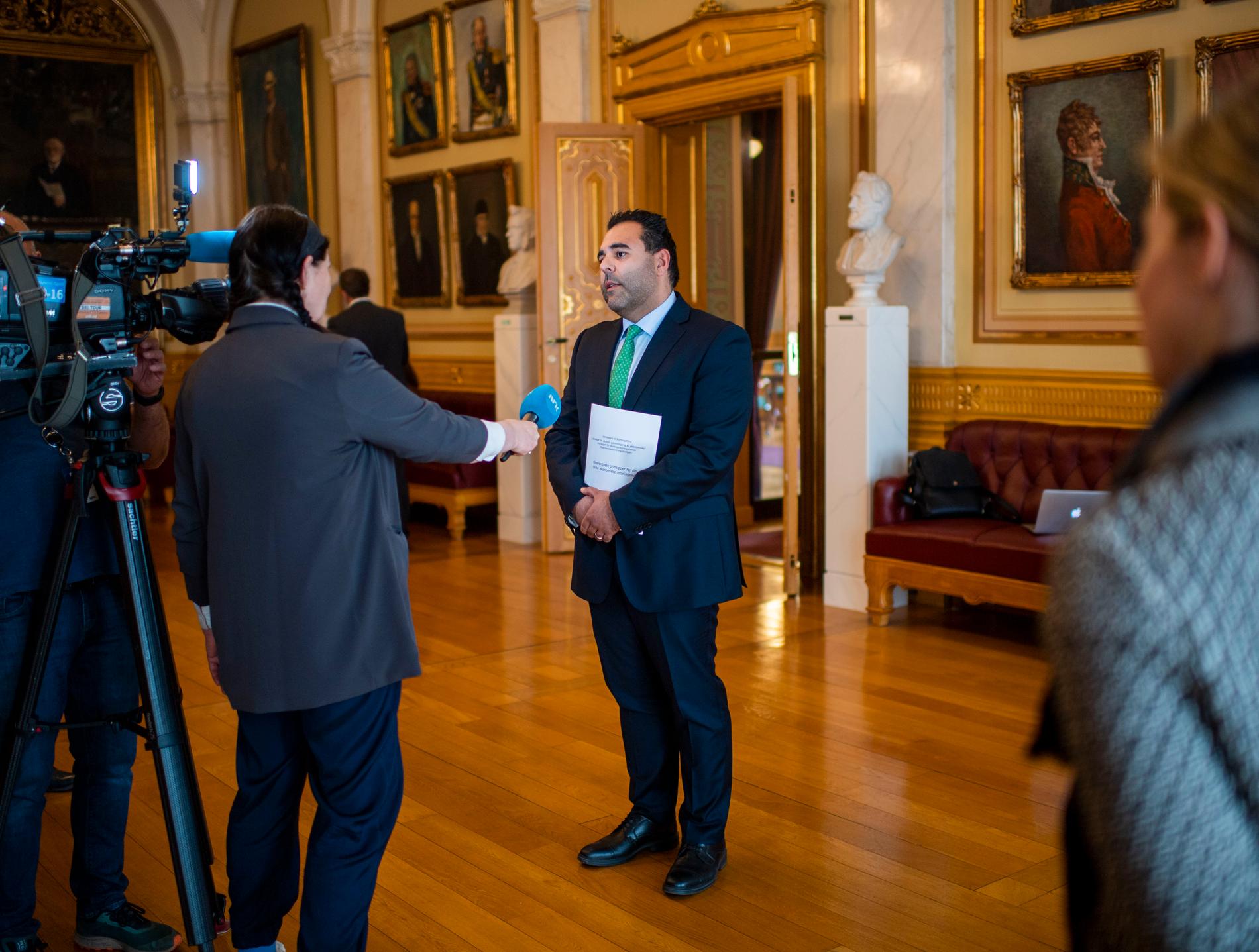 The external committee recommended that Storting tighten the financial benefits of Storting representatives.

Following the commuter housing scandal last fall, the Storting presidency decided to form an external committee to look into all financial arrangements for Storting representatives.

On Monday, the committee submitted its first interim report.

The committee will also consider whether the 40 km limit from Storting for commuter housing should be designed differently.

– This shows that some schemes are too generous, Storting President Masud Gharahkhani (Labour) told VG after he received the report.

Currently, politicians who receive benefits in violation of the rules must pay them back. This is regulated in the Storting Remuneration Act.

The committee wrote that they would consider whether further sanctioning options should be included in the law – and compared social security fraud:

“In further work, the committee will investigate whether there is a need to sharpen the use of sanctions pursuant to social security fraud in the event of intentional abuse of the severance pay scheme,” the committee wrote.

– We try to follow what is common in society in general. For severance pay, for example, we’re trying to follow what’s common on Nav when it comes to abuse, committee chair Therese Johnsen told VG.

– Would your proposed austerity measures reduce the likelihood of abuse?

– Better control will be able. The hope is that we will have clearer and clearer rules. Among other things, we have proposed changing the criteria for commuter housing, he said.

1. Therese Johnsen (leader), Oslo: Former Head of Mission in the Office of the Auditor General and departmental director at Statskonsult. Now retired.

2. Eirik Holmøyvik, Bergen: Professor of Law at the University of Bergen, specializing in constitutional law.

3. Amund Noss, Oslo: Partner at law firm CMS Kluge. Former head of operations and head of the tax law department of the Ministry of Finance, and experience from the Government Prosecutor’s Office.

4. Brit Brenno, Oslo: Former assistant director of administration of Storting and head of the constitutional department. Now retired. It was the committee secretary who in the early 2000s studied various schemes and benefits for Storting representatives.

8. Kent Gudmundsen: Representing the Conservatives in the 2013–2021 Storting for Troms.

In addition, a number of other austerity measures were proposed – either those already being implemented or as the committee warned that would look further:

Will allow rentals in Oslo

Some parliamentarians own apartments within the 40-kilometer limit that they rent out. The committee concluded that this should not be a barrier to access to commuter housing.

In the report, the committee wrote that a certain effort was needed to gain insight into information about the financial benefits of individual representatives.

“The Committee believes that Storting should actively inform about the use of the scheme and
especially about commuter homes”, the report states.

After the presentation, Storting President Masud Gharahkhani (Labor Party) informed VG that the scheme should be changed or removed if it is not a prerequisite for Storting representatives to be able to do their job.

He agreed with the committee that some schemes were too generous.

– You have to have a scheme that will allow you to become a parliamentary representative regardless of where you live and your background, but it has to make sense in terms of how it is otherwise in society, said Gharakhani and added:

– If it is not a prerequisite for doing work as a parliamentary representative, then it should be changed or removed.

Gharakhani would not comment specifically on whether he supported the proposal to cut diet money or “double the holiday money”.

– But it is undeniable that if there is a unanimous proposal from this committee, I will wholeheartedly support it. But there must be a thorough handling first on the part of the party and the storting, he said.

Red leader Bjørnar Moxnes wrote in an e-mail to VG that he thought the committee should go further.

– What the committee is now proposing or hinting at is barely enough. In areas such as early retirement payments and commuter housing, clearer austerity measures are needed, Moxnes wrote.

– This is the only natural consequence of the committee’s principle that schemes should be “reasonable in comparison with benefit and welfare schemes in society at large”.