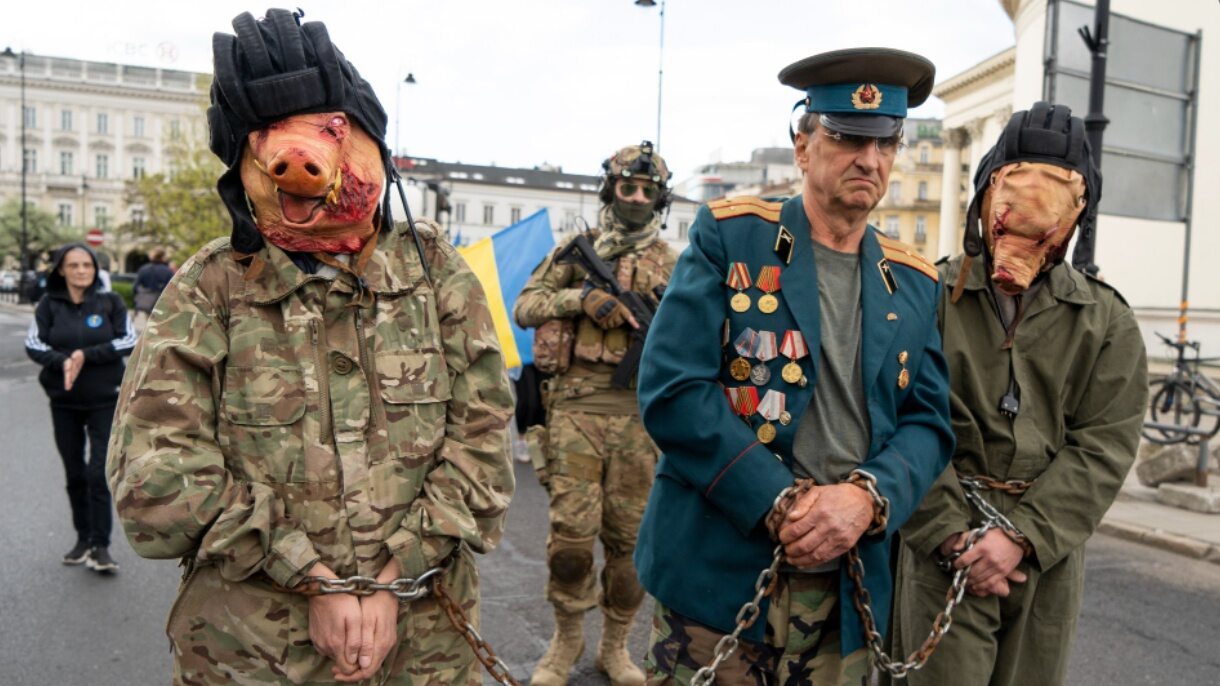 On Sunday, May 8, International Victory Day is celebrated, on the 77th anniversary of the end of World War II. This year, the celebrations coincided with Russia’s more than two-month invasion of Ukraine. As a result, marches of anti-war support for Ukraine took place on the streets of Warsaw. It was organized by the National Women’s Strike, the Committee for the Defense of Democracy and Euromaidan Warsaw. The slogan of the event is “Rossija, idi na ch**”.

The marchers walked from Plac Defilad in Warsaw to the Russian embassy on ul. Belwederska. The marchers chanted pro-Ukrainian slogans: “Glory to Ukraine!”, “ZSU fame!” or “Sława nacji!”, as well as “Kherson is Ukrainian!”, “Azovstal” and “Save Mariupol”. Anti-Russian shouts were also heard: “Glass death”, “Putin ch **”, “Russian warships, to hell!”, and “Criminals!” Demonstrators also sang the Ukrainian national anthem and the song “Czerwona Kalina”, which is popular in Ukraine.

An incident occurred during the event. At the head of the march were three men wearing Russian military uniforms with masks in the shape of a pig’s head. The men were handcuffed and led by a “armed” man wearing a Ukrainian military uniform. You can also see tractors with painted Ukrainian flags and Russian war-colored tanks. In turn, people walking in the first row carried photos showing Ukrainian buildings being destroyed by rockets launched by Russia. Many people carried Ukrainian and Polish flags, as well as banners.

Throw: To hell with you! Ukraine won this war and will win it!

Speakers at the Russian embassy included the leader of the Women’s Strike, Marta Lempart, KO MP Michał Szczerba and Natalia Panchenko, an activist from Euromaidan Warsaw. – We don’t want the aggressor, we don’t want his representative in Warsaw. We’re here to tell the Russian diplomat. Russia is home. From Ukraine and Warsaw – said Panchenko. Lempart, on the other hand, emphasized that “Russia lost this war.” – This is an army of losers who lost a tank or someone took it from them. Screw you! Ukraine won this war and will win it! – indicated at the end of the Women’s Strike leader.