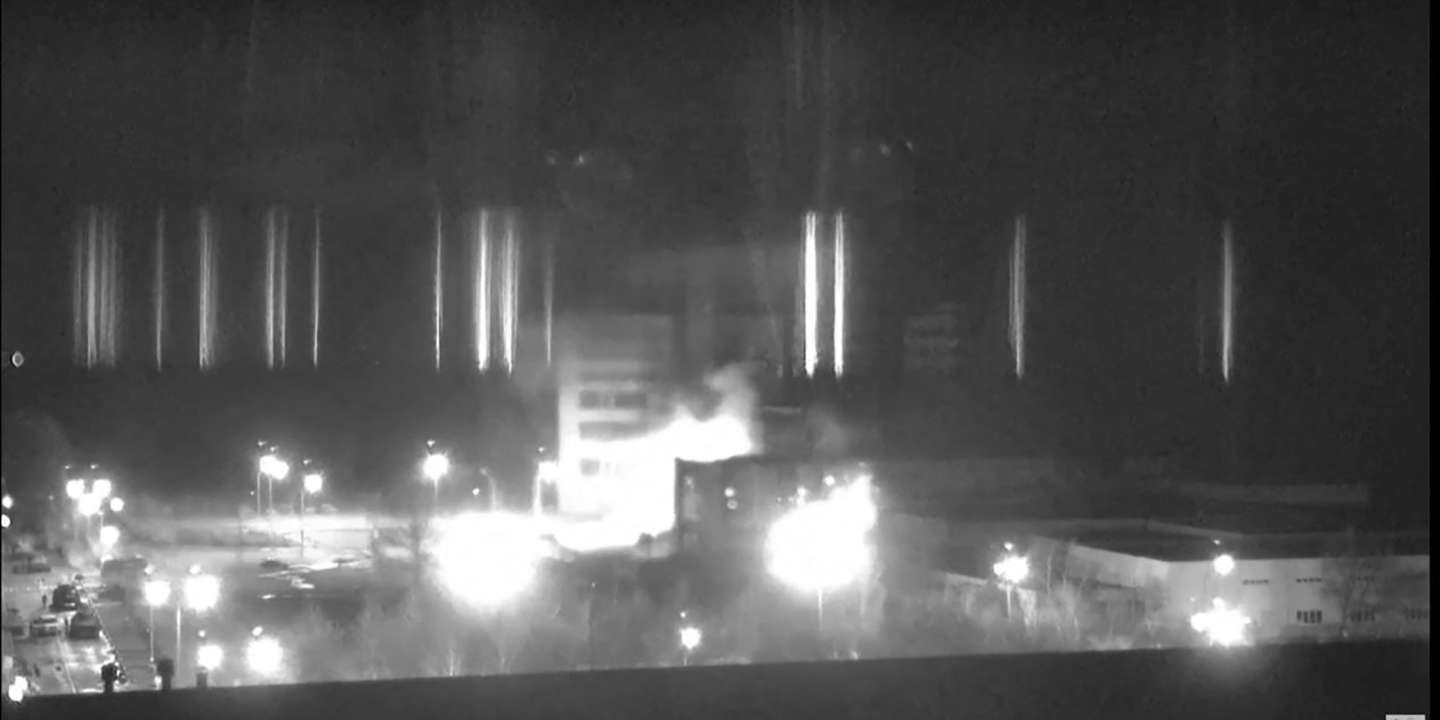 Zaporizhia, Europe’s largest nuclear power plant, at the heart of the war

Russian tanks fired Friday at Ukraine’s nuclear power plant in Zaporizhia, Europe’s largest, causing a fire and raising fears of a major disaster. The attack did not affect critical installations of the plant, whose nuclear security was not affected, according to Ukrainian authorities and the International Atomic Energy Agency (IAEA). Here are some facts about the facilities and levels of radioactivity found in the vicinity:

The Zaporizhia nuclear power plant is located in southern Ukraine, on the Dnieper River, 525 kilometers from Chernobyl. It is the largest nuclear power plant in Europe, with a total capacity of nearly 6,000 megawatts, enough to supply electricity to about four million homes. In normal times, the site generates a fifth of the country’s electricity and nearly half of its nuclear energy.

Ukrainian authorities have warned that the Russian bombardment caused a fire in a building dedicated to training and in a laboratory. After several hours of uncertainty, the place was secured and the reactor “caught safely”, according to US officials. The fire, which did not cause any casualties, was extinguished by Ukrainian firefighters at 06:20 (5:20 Paris time).

This pressurized water reactor design, considered one of the safest, stems from that of a nuclear submarine and differs from that of Chernobyl, is medium to graphite and was originally designed to produce plutonium instead of electricity.

The VVER-1000 reactor at Zaporizhia is filled with fuel enriched with a fissile isotope (uranium 235). They run on steam heated by the core, but unlike other reactors, nuclear-contaminated steam is not used to spin a turbine, but to heat another uncontaminated steam circuit which then spins a turbine.

This technique makes it possible to maintain a relatively low level of radioactivity for factory employees.

Background radiation around the site was 0.1 microsieverts per hour as of Friday morning, according to plant operators, below the global average and well below radiation from airplane flights or X-rays.

During the Chernobyl disaster, radioactivity levels were millions of times higher, at 300 sieverts per hour.

Following Russia’s military operation against Ukraine in 2014, Kyiv developed safety protocols for the physical protection of nuclear facilities in the country, with regular inspections, vulnerability assessments and implementation of automated data control systems. The air defenses have also been strengthened over Zaporizhia.