Tens of thousands of Ukrainians can find work in gastronomy. They will solve the staff shortage 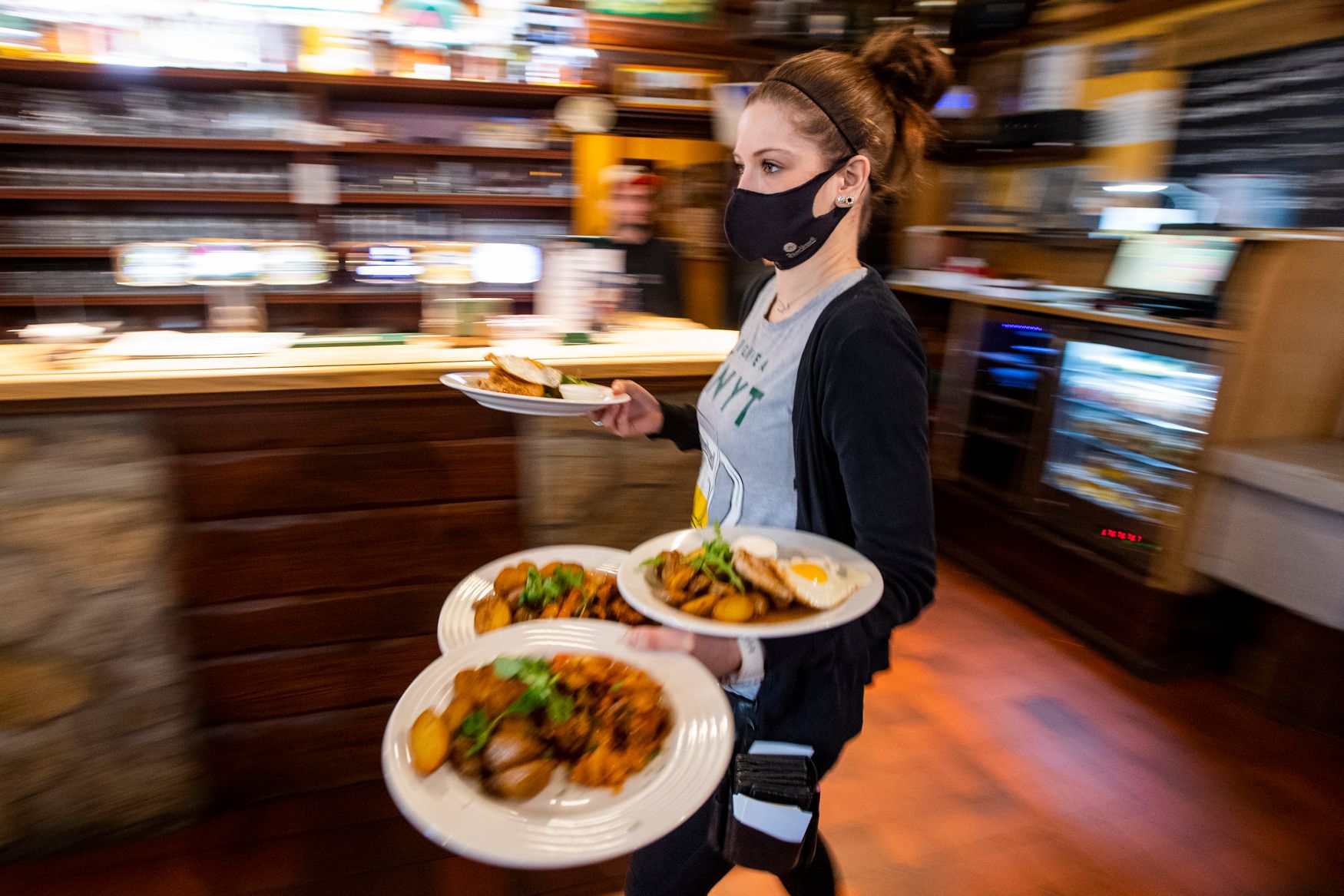 Restaurants in the Czech Republic lack up to twenty thousand employees. Gastronomy has struggled with staff for a long time, and the shortage has been exacerbated by the pandemic. The acute shortage of people can be solved by Ukrainian refugees, who will now be looking for work in the Czech Republic. For example, the McDonald’s and Starbucks chains are already showing increasing interest from Ukraine. Otherwise, however, it is not very successful at connecting employers with refugees.

Michal Holotík of cafe chain Starbucks told Aktuálně.cz that a higher than usual number of Ukrainians are currently applying for jobs, especially in Prague.

The increase in the number of Ukrainian job seekers was also confirmed by the fast food chain McDonald’s. “McDonald’s restaurants in the Czech Republic are showing increasing interest in working, especially from Ukraine, in all Czech regions,” said the chain’s personnel manager Rastislav Tesár.

According to Tesár, family members of Ukrainian employees currently dominate among job applicants, many of whom have been employed by McDonald’s in the country. There are also people who worked at the local branch of this fast food chain before fleeing Ukraine, as well as people who had no previous ties to McDonald’s.

According to Luboš Kastner of the Association of Small and Medium Enterprises, however, it is not yet possible to link restaurant operators with Ukrainian refugees. According to him, no organization allows this. “Restaurant entrepreneurs are difficult to manage, we are the most fragmented field of all,” he said.

However, the President of the Association of Hotels and Restaurants of the Czech Republic, Václav Stárek, added that in collaboration with the state agency CzechInvest, a portal has been created. Jobs4ua.czwhich offers jobs to refugees from Ukraine. Many of the masters there are only servants, cooks or servants. Stárek also emphasized that refugees could fill the void after the long lost labor in gastronomy in this field.

Scarcity is getting worse during the pandemic. Gastronomy is one of the sectors most affected by anti-coronavirus measures, and many workers are leaving for other sectors. According to Kastner, there are ten to twenty thousand people in gastronomy.

Last March, Grason, a start-up that helps staff find staff, also took note of the outflow of employees from this field. According to the company survey, more than 80% of gastronomic and hospitality workers have found work in other sectors during the pandemic.

Another survey from the company in March this year showed that 71 percent of restaurant owners and hoteliers in Prague wanted to hire Ukrainian refugees. However, according to Mařík, hotels in particular are still waiting for the season to start. “On the other hand, the refugees are still in a state of shock and many of them are just looking for work,” explains Mařík.

“We will find work for tens of thousands of refugees”

According to Kastner, restaurants, pubs and other gastronomic establishments can offer jobs to tens of thousands of refugees. According to estimates by the Czech government, 300,000 refugees from Ukraine have arrived in the country so far, more than half of whom are children and four-fifths of women are women.

According to Kastner, it is women who can appreciate that working in gastronomy often offers time flexibility. “When they go to work in factories for eight hours, they don’t chase their little ones for two hours. I think the field of gastronomy is attractive to refugees in this situation,” Kastner said.

The President of the Trade and Tourism Association of the Czech Republic, Tomáš Prouza, also agreed. “Gastronomy is an ideal ‘start’ position for many people as it offers a lot of work that is more flexible than other disciplines. Also, shifts can be well planned and everyone can find a rhythm that works for them,” he says.

Data from the Chamber of Commerce states that so far about five percent of workers from Ukraine have worked in the service, the chamber does not have a specific figure for gastronomy. In the Czech Republic, most women generally work in the service sector.

According to Stárek, there will be no problem with language barriers when employing refugees in the service. “Besides, highly qualified people who speak English or other world languages ​​also come here on a large scale,” he said.

On the other hand, he fears that if refugees are stuck in the service, many of them will want to return to their homeland after the war, and staff shortages will become a problem again. “I believe that only a subset of Ukrainians will live here permanently. Often their husbands or relatives remain in Ukraine, to whom they want to return,” concludes Stárek.