The first Health Festival will take place at the Metropol cinema. This will help those interested in maintaining or regaining health 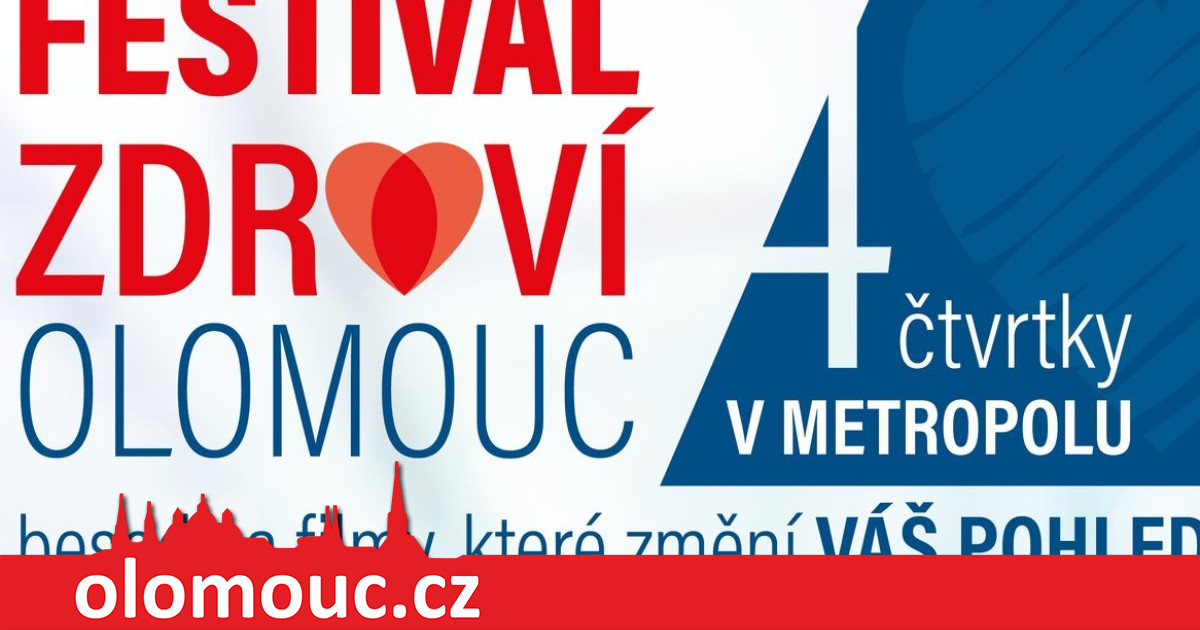 “This is a new festival that, through talks with experts, shows how to heal and not just to be treated. Come and discuss ways to recover and mental level of treatment; and how modern and traditional medicine view it. Health festivals are what we need in these disease-ridden times,” Marek Berger, executive director of the Forsberg agency, spoke of what the Health Festival in Olomouc meant as an organizer.

The wellness festival will take place in Olomouc at the Metropol cinema from March 31 to April 24, and nine guests will be introduced gradually during the festival.

The festival’s first program promises an extraordinary mental experience. Healing the soul is usually talked about, but not much about rebuilding it from the ground up. This will be done by Bufo Alvarius – the strongest known natural psychedelic in the world. It can really dissolve the ego and let it reset. On Thursday, March 31, director duo Filip Záruba and facilitator Ondřej Bahník will perform at Metropol. There will be debate about the possibility of changing your life from the ground up, and the program also includes a broadcast of the film Bufo Alvarius: Underground Secrets about these psychedelic abilities and the people who know how to work with them.

The Health Festival is four Thursdays and four discussions with films that will change your perspective. Another guest who will try is MUDR. Jan Vojáček. Accompanied by the quirky multilingual singer and musician, Terez Wrau, he will carry the clear call “Decide to be healthy”. On April 7th, interested parties will debate with graduates of the Palack University School of Medicine about the medical perspective and the step from the ungrateful “I want to be treated” to the meaningful “I want to get well”. .

The third Thursday of the Health Festival will ride the waves of understanding the human soul through the teachings of the famous Carl Gustav Jung. What was the life of one of the most important figures in psychology? And how can Jung’s work help us find peace of mind in today’s busy times? Clinical psychologist, actor, musician and author Pjér La é’z will walk you through this on April 14. Talks also cover the CG film Jung: The Hilarious Heretic.

The first round of Health Festival talks will conclude on Thursday, April 21, with a unique talk show with Olomouc figures on the topic of health. Actress, entertainer and Olomouc native Sandra Pogodová will host the talk show, whose guests will be the director of the Olomouc University Hospital Roman Havlík, university researcher and lecturer Radovan Dluhý-Smith, therapist Petra Tučková and psychologist Heřman fair. The debate, which will demonstrate health from all sides, will be accompanied by piano by Richard Pogoda.