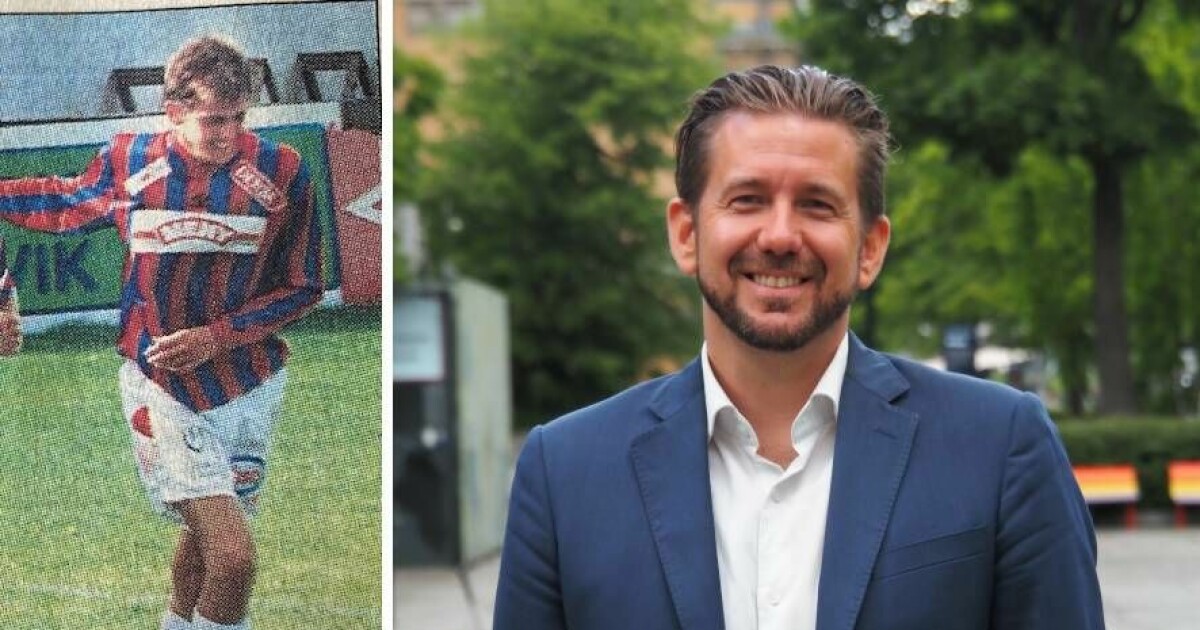 Ken Andrè Wendel plans to build Linkedin for soccer players. He has brought with him a world champion of tricks on the team.

As a youngster, Ken Andrè Wendel was a promising footballer, but did not like to stand out. A talent camp with scouts in the stands was the chance he got, but he was nervous and his performance was subpar.

– You have to drop off there and then, when someone sees you. You can’t have a bad day, and you are completely at the mercy of those sitting in the stands.

The situation is largely the same today for talent around the world, especially in lower divisions and grassroots sports. The eye of the pin is very narrow, and one weak performance on the wrong day can end a big dream.

Wendel put the football boots on the shelf shortly after. His career shifted to banking and finance. In recent years, he has been a sales manager at Nordea.

But now he’s making a comeback, by the way. Wendel has quit his job at Nordea and is fully committed as an entrepreneur with the start-up Dribblr, a computer-based network service that will ensure that the 300 million football players worldwide can showcase their skills; not for an hour on the page, but through data on performance and dedication over time.

– So that footballers can be the best versions of themselves both on and off the pitch. We will not only develop the next generation of football players. We think of everyone. If you want to go anywhere as a football player, you need to eat right, get enough sleep, you need to have a good inner dialogue.

Track the eyes of gamers, get Startuplab on the owner’s side

World champion in the team

The company is in contact with several clubs large and small who have tested positive for the service, according to the entrepreneur, including Stabæk, Sarpsborg, Troms, Fredrikstad, Fram Larvik and Stag.

The company has raised 2.35 million investor kroner to develop the concept, mainly from local stakeholders in Larvik. The biggest investor is consulting firm Inmeta, which is part of the listed IT firm Crayon. They help with technical resources.

Football game entrepreneur gets new dream team: Must say no to investors

The first version of Dribblr has been launched, and is described as a kind of Linkedin extended to football players and their surroundings. The idea is to attract talent at a broad level, who nowadays love to use Instagram to create profiles and be seen.

It was not uncommon to have complete data on elite level players. However, Dribblr wants to offer such a service further down the division, thus reducing the difference between top and bottom. Data must be retrieved directly from the club, via technology provided by Dribblr.

– Football clubs get access to a much better basis for decision making, based on artificial intelligence and performance-driven data. Recruiting players who fit into a club is a time-consuming, complicated and difficult process – especially for clubs that are under a divisional system or do not have access to the larger academies. Here, Dribblr can contribute to streamlining and digitizing the recruitment process, Wendel said.

In the longer term, the plan is to expand Dribblr with services for supporters, and provide access to videos from mental coaches, nutritionists, and online soccer coaches. Even further into the future, it is conceivable that the platform could be launched in other sports.

News and insights right in your inbox

Get highlights from Shifter’s editorial staff right in your inbox.