The Hungarian election was won by Fidesz’s party. Victory seen from the Moon, Orbán boasts 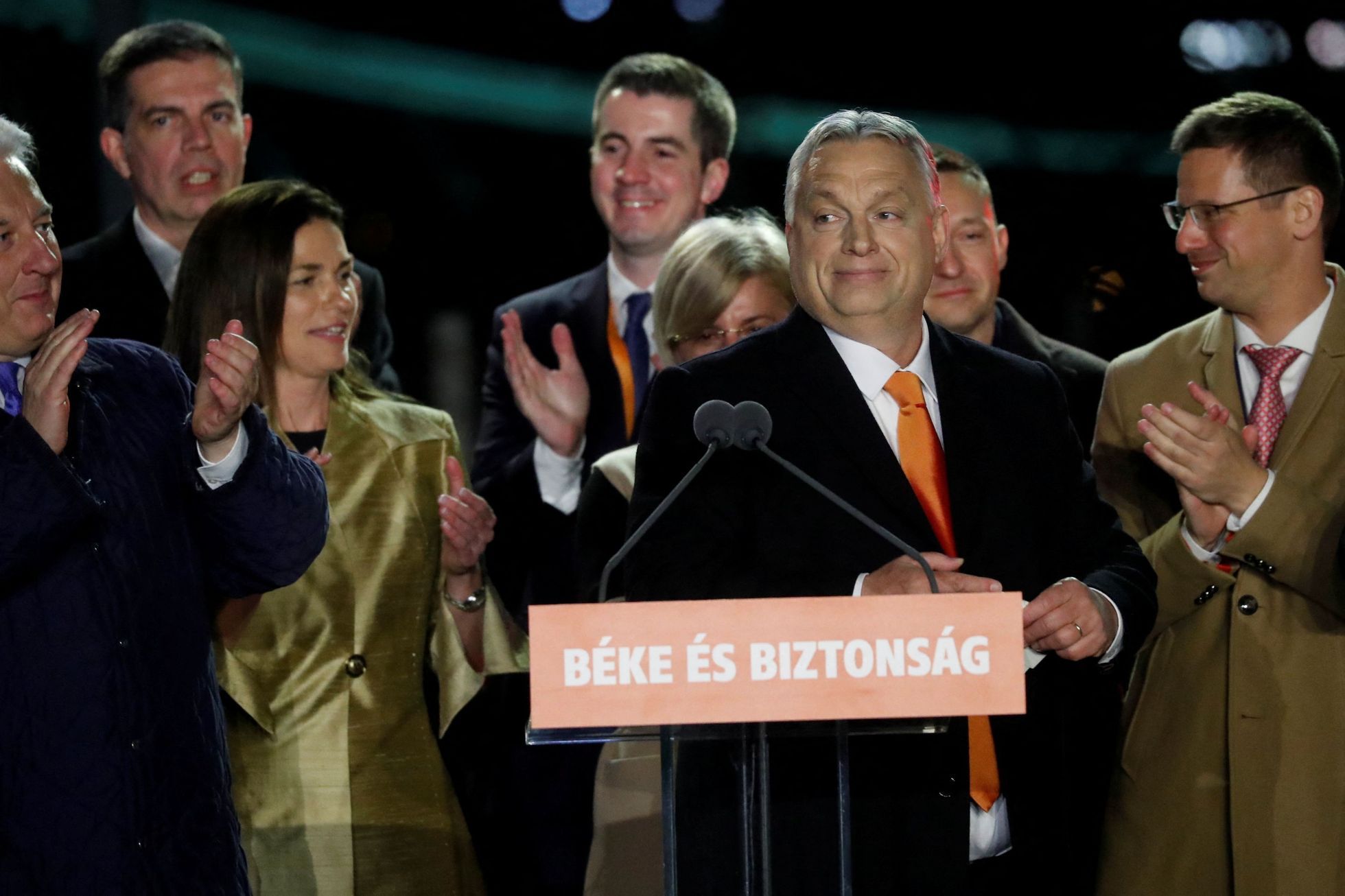 Hungarian Prime Minister Viktor Orbán declared himself the winner of Sunday’s parliamentary elections and later criticized the Brussels bureaucracy and Ukrainian President Volodymyr Zelenský. After adding more than 99 percent of the vote, Orbán’s conservative Fidesz party had more than 53 percent of the vote, reports the BBC.

“It was a big win,” said Orbán. “We have achieved a victory so big that it can be seen from the moon and clearly seen from Brussels,” said Orbán, who is frequently criticized by the EU for democracy abuses and alleged corruption. Fidesz further consolidated the constitutional majority in parliament, occupying 135 of the 199 seats.

“We will remember this victory for the rest of our lives because we had to fight a large number of opponents,” Orbán told CNN, citing a number of his political enemies, including the Hungarian left, “bureaucrats” in Brussels, international media, and the Ukrainian president. We’ve never had so many opponents at once.”

Since the start of the war in Ukraine, more than half a million refugees have crossed the border into Hungary. Although the Orban government is helping the refugees, it has consistently refused to supply Ukraine with weapons and allow them to be transported through its territory. One of Orbán’s election campaign promises was to keep the country away from this war. Zelensky repeatedly criticized Budapest’s policies.

Orbán’s critique of the speech was first drawn by the Hungarian American billionaire George Soros.

According to election results so far, the joint opposition coalition Together for Hungary has succeeded in most constituencies in Budapest as well as in two constituencies in the south of the country. In total, he won about 35 percent of the vote and 56 seats. Opposition leader Peter Marki-Zay conceded defeat on Monday night. “I will not hide my sadness and disappointment,” Marki-Zay, quoted by the BBC. Fidesz of Orbán was accused of carrying out a campaign full of “hate and lies”.

The far-right Our Homeland Party, which won six percent of the vote and seven seats, also entered parliament for the first time. A representative of the German minority will also occupy one parliamentary seat.

Along with the election, Hungary also voted in a referendum on the so-called anti-pedophilia law, which concerns sexual minorities. Hungarians should comment on whether sexual orientation programs should be held in schools without parental consent, or whether gender-sensitive interventions should be promoted among children and whether the dissemination of relevant content in the media should be encouraged. However, a referendum on the law, which was criticized by human rights defenders and the European Commission, was ultimately illegitimate because it did not reveal a sufficient turnout.

If Orbán wins, he will either end up in complete isolation or make a complete shift in pro-Russian rhetoric and turn to the West, says bohemian György Varga. | Video: DVTV