The provocateur Tenenbom is back in action. Purchase the new What Rabbis Desire 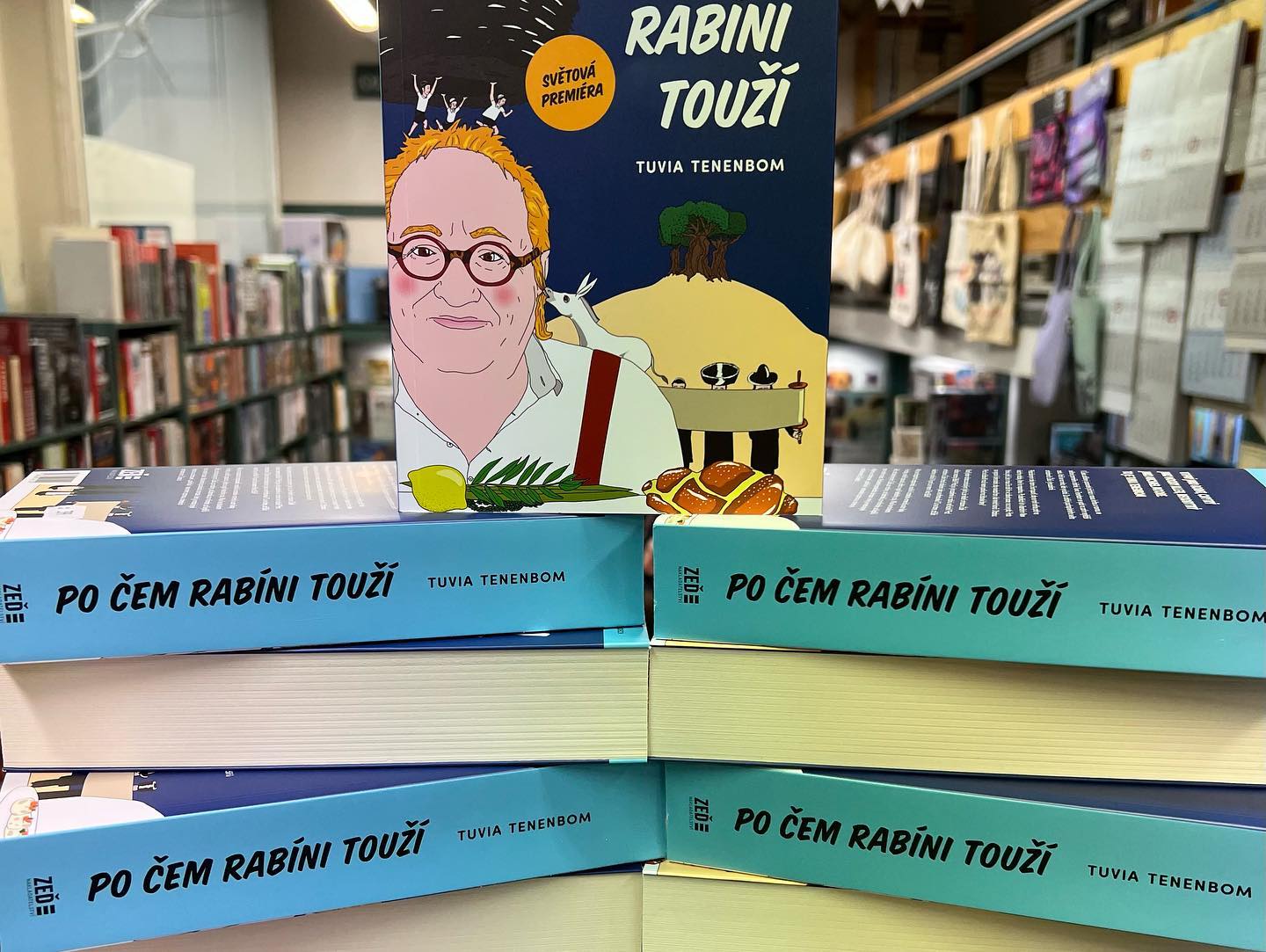 A very popular writer in the Czech Republic is about to make a new book and its world premiere. This time, Tuvia Tenenbom didn’t have to cross a foreign country and travel thousands of kilometers, although, unlike the other journeys, it wasn’t about his health or straight life, it was his most difficult journey so far. He went to the world where he grew up. Into the elusive world of Orthodox Judaism and penetration in Jerusalem. And in a world unknown to most people, he tries to find his way after all these years. Order the new What Rabbis Desire at FORUM electronics store.

Years ago he left life in orthodox Jewish society to ask aloud all the questions he could think of. After years of living in liberal New York, he realized he needed to be more careful with the questions he asked. He gradually came to terms with the fact that the former rabbi of the Orthodox community, bound by God’s law, wanted to live in today’s “liberal” New York, bound by common truths. That’s why he set out across the ocean to pick up where he left off years ago. Question: “Why are Jewish men forbidden to see Jewish women?”

And it doesn’t stop at this one clever and at the same time seemingly naive question. Tuvia raises one question after another in Orthodox Jerusalem circles: Why do some Orthodox Jews not know the Bible at all? Why do they worship the rabbi more than God? Why do they answer questions with questions? Why are there more rabbis in Jerusalem than cats? Is it more of a rabbi or a rebbe? Why are men forbidden to see women? Why are women allowed to look at men? Why do some people dress like in the Middle Ages? And what happens when God resurrects everyone? And why can’t it be called God? And who will come on the white donkey? To find answers, this Israeli-American writer travels to the Holy City.

He visited schools and cemeteries, ate heavily and drank hectoliters of Coke. He spoke to hundreds of people, from ordinary Jews to rabbis, from Ashkenazim to Sephardim, from beggars to millionaires, from Shejdírs to saints. Tuvio’s question served a purpose. He provoked them and often found out what they were really thinking because of it. He then put together a picture of the answers, which are very funny and at the same time “politically” incorrect accounts of today’s Orthodox Jews and their lives. His book is full of funny dialogues and insightful observations. And Tuvia Tenenbom is also looking for himself a bit on this journey.

Check out other books by popular authors (here) or add something else from FORUM electronics store.