Their Youth Salon. A. Rybicki. Mayors of Gdańsk, Gdynia and Sopot in the debate on local government for hard times 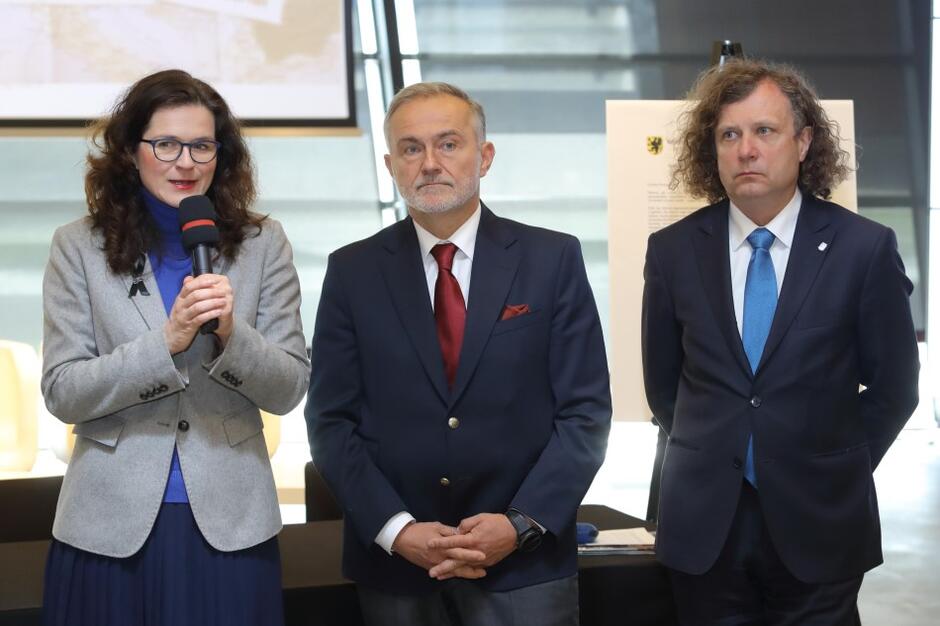 The conditions and future of the local government will be discussed by the mayor of Gdańsk Aleksandra Dulkiewicz, the mayor of Gdynia Wojciech Szczurek (in the center) and the mayor of Sopot Jacek Karnowski

Gdansk Citizenship Course. “You have to be a conscious citizen who scores points”

We live in difficult times. The pandemic, the war in Ukraine, the energy crisis, the refugee crisis, and the economic slowdown hit society. The authorities are currently taking away some competencies from local governments, reducing budgets at increased costs and also imposing new obligations. That is why it is so important to reflect on the current and future state of local government.

Basic Arkadiusz Rybicki invite you to 88. Their Youth Salon. Aram Rybicki. Invitation to the meeting which will take place on December 20, 2022 at 18.00 at the State Art Gallery in Sopot, ul Install Zdrojowy 2 received by: the mayor of Gdańsk, Aleksandra Dulkiewicz, the mayor of Gdynia, Wojciech Szczurek, and the mayor of Sopot, Jacek Karnowski. The meeting will be hosted by editor Bogusław Chrabota

He graduated from the 3rd High School in Gdańsk. He studied law at the University of Gdańsk and Paris Lodron University in Salzburg. He started by gaining skills alongside the Mayor of Gdańsk, Paweł Adamowicz, as his assistant. He participated in Gdańsk’s preparations for UEFA EURO 2012™. He participated in the creation of the Center for European Solidarity.

In March 2017, the mayor of Gdańsk, Paweł Adamowicz, entrusted him as his deputy for economic policy. During the 2018 local government elections, he was the chief of the election staff of Paweł Adamowicz “Wszystko dla Gdańska”

After the atrocity on 13 January 2019, during the final of the Christmas Charity Grand Orchestra, taking the life of Mayor Paweł Adamowicz, he accepted the duties of Mayor of the City of Gdańsk. In early elections, he was elected Mayor of the City of Gdańsk. He is vice president of the Gdańsk-Gdynia-Sopot Metropolitan Area Council and member of the Board of Management of the Union of Polish Metropolises Foundation. Member of the European Regional Committee, chairman of the Working Group on Ukraine.

The mayor of Gdynia is a judge by profession, a civil scientist, he has a doctorate in law. In 1989, he co-organized the Gdynia Civil Committee. Since 1990, he has been involved in local government activities. In 1991 – 1998 he was Chairman of the City Council of Gdynia, and at the same time represented the city in the Gdańsk Province Regional Government Assembly.

Since 1998, he has been mayor of Gdynia. In 2006-2010, was an adviser to the President of the Republic of Poland for local government. Winner of various awards and distinctions for the best local government officials in the country.

PLN 8.5 billion for the region. The European Commission approves the European Fund for Pomerania

Honored among others with the titles “Leader of Accessibility”, “25th Anniversary of Włodarz”, award from the Rzeczpospolita Foundation im. Michael Kulesza. Some of the finalists for the Innovation in Politics Prize, awarded by the President of the Republic of Poland with the Commander’s Cross of the Order of Polonia Restituta for outstanding contributions to the development of local government in Poland and for achievements in professional work and social activities carried out for the benefit of the country. President of the Council of Associations of the Gdańsk-Gdynia-Sopot Metropolitan Region.

Since 1990, has been a board member and vice-president of Sopot, and since 1998, president of Sopot. In 1990-98, he was a councilor of the Gdańsk Voivodship Parliament. From 2007 to 2011, Vice-President of the Association of Polish Municipalities and Delegate to the Congress of Local and Regional Authorities in the Council of Europe, currently a board member of the Association of Polish Municipalities and deputy chairman of the Team for Systemic Affairs of the Joint Government and Committee on Local Government and president of the Movement for Local Government TAK! For Poland.

Winner of, among others, the Grzegorz Palka Award, calling self-government “Oskar” and three-time mayor of the city ranked N15 in the weekly Newsweek and winner of the Michał Kulesza Foundation Award of the Republic Award.

The Foundation invites you to a meeting. Arkadiusz Rybicki

The meeting will be hosted by Bogusław Chrabota – lawyer and political scientist, television journalist and press, as well as publicist and writer, in the 1980s he collaborated with, among others, He also published in “Brulion”, “Tumultu”, “Promienistych” . He also published in “Tygodnik Powszechny” and “Znak”. In the 1990s he wrote for “Czas Krakowski”, he was also a columnist for “Press”.

After 1989, journalist from the Krakow TVP Center. From 1992 to 1993 deputy chief editor of the Television Information Agency.

In 1993, the Director General of Polsat. Since 2008, he has been with Polsat News, where he manages Opinion Show Commentary magazine. Tok FM commentator, Radio Three, Polish Radio RDC and Radio Pin. lecturer in journalism at the University of Warsaw. In 2012, he was appointed editor-in-chief of the daily Rzeczpospolita, and in 2018 he was elected president of the Press Chamber of Publishing’s board.

Author of books: “Ferzan”, “Private Republic”, “Pig with Stalin’s face”, “Chronicle with Mitanni’s face”, “Anatomical drawings”, “In the middle of the night”, “Guitar and other demons of youth” In June 2020 he became a journalist Polsat News station as one of the hosts of You are Us and Presidents and Prime Ministers.