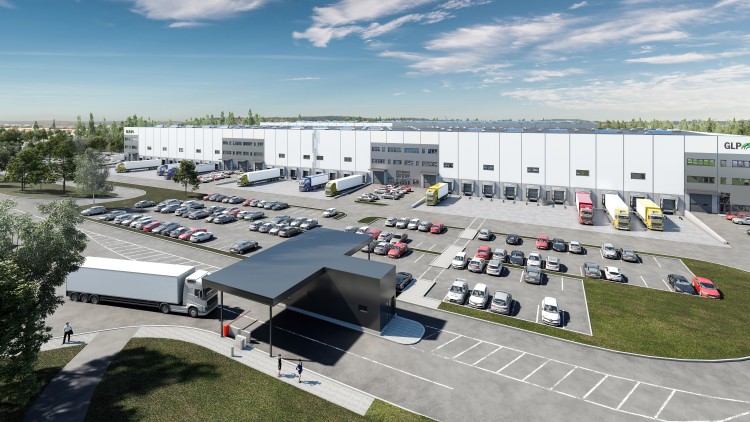 The investor and developer of the GLP logistics warehouse and distribution park leased all the first phase buildings of the newly built Ostrava Hrušov GLP Park. The first tenants included Prosperplast, Logflex and Hyundai Steel Czech. They have to move into place during the spring. Thus, the site of a former chemical plant that had been expensively revitalized came to life and gradually offered more than a hundred skilled jobs.

The company was the first to move into the complex Prosperplast, a leading European manufacturer of plastic products for the home and garden. The company chose the Hrušov location to build a distribution center that will serve the Czech Republic and Slovakia.

The other two companies, company logflexproviding warehousing and transportation services, and Hyundai Steel Czech, which produces steel coils and sheets – should move in this spring. Together, these three companies will create a total of 105 new jobs and thereby provide an economic boost to the entire region.

The whole complex will be finished next year

Construction of the first phase with a total area of ​​17,500 m2 fully rented. Upon completion of the second phase next year, the entire complex will provide 92,000 m22 quality premises suitable for logistics and light industrial production.

Construction is carried out in the highest building standards (class A+) with a clear building height from 12.5 m to 17.4 m. Depending on customer requirements, higher ceilings allow installation of an automated shelving system.

“There is a lot of interest in renting because of the easy-to-reach location and high construction standards. The entire complex will meet stringent environmental requirements. It will be equipped with modern energy-efficient technologies that will ensure operational safety and lower operating costs,” said Jan Palek, GLP director for the Czech Republic and Slovakia.

René Delmar, procurator of Prosperplast, also praised the accessibility of transportation and the quality of the construction: “We chose the location because of its strategic location and excellent connection to the road network. The buildings are very modern and designed to allow us to grow flexibly. We have a ten year lease and anticipate further expansion. ”

The logistics complex is located in Ostrava-Hrušov, close to the D1 motorway, which connects Prague and Brno with Poland. Nearby is the Ostrava Terminal, which is an important connection with Ostrava-Šenov and provides access to the international rail network.

The project is being developed on the grounds of the revitalized former Hrušov chemical plant, which has left contaminated soil. Therefore, prior to construction, GLP undertook costly revitalization and decontamination work to remove the old environmental burden.

The construction of this complex is also welcomed by the city of Ostrava, as it will attract companies to the region and create new jobs. “GLP and its investments are real assets for the region. We believe that the multipurpose production and logistics complex will create new jobs and thereby contribute to the modernization of the city district and region. In addition, the complex is easily accessible, even by public transport. The train station Ostrava’s main fire is located about two kilometers from the complex,” concluded Richard Vere, mayor of the Silesia city district of Ostrava.