Ukraine is fighting for us too, NATO intervention will lead to world war, Prime Minister Fiala thinks – T24 – Czech Television 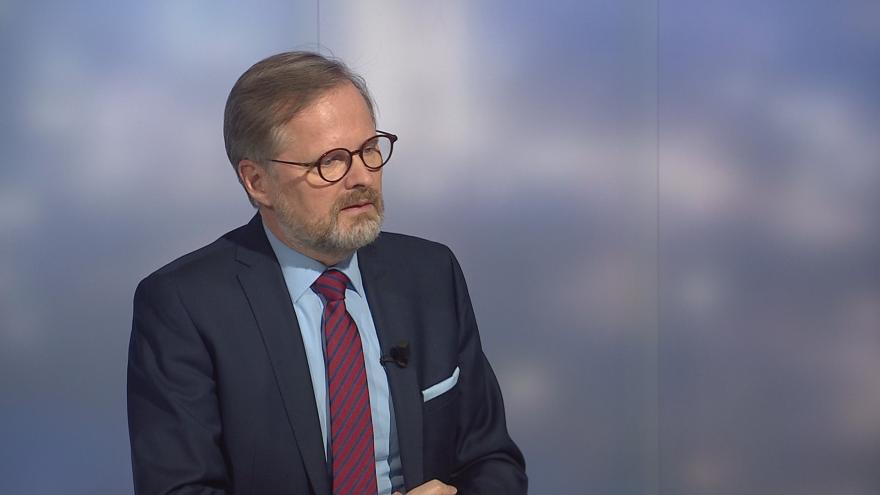 He also appreciated the fact that Ukraine was fighting Russian forces with all its might. “Vladimir Putin certainly didn’t expect that,” thought Fiala. He stressed that the fact that the Czech Republic is part of NATO and the European Union also gives him hope, which he says protects us.

He also remembered the time he visited Kharkov. “I meet young people who are passionate about living in a free Ukraine,” he said. That is why it is now very difficult for the Prime Minister to witness the city being bombed. In retrospect, he believes that anti-Russian sanctions should have been stronger after the annexation of Crimea in 2014.

Fiala: Help must be fast, don’t go into too much detail

“Ukraines are Europeans, they fought for us,” Fiala said. Therefore, according to him, it is important to help Ukraine as much as possible in a very short time and not to deal with details. Even in the order of hours. According to him, NATO cannot intervene directly in the country, because that would mean war with Russia and thus a world war.

“We have no signal that we (Russia) are in danger,” the Czech prime minister assured. According to him, Vladimir Putin is now using nuclear weapons as a means of psychological warfare, with which he wants to disrupt and distrust us.

The prime minister wants Ukraine to defend itself and the war to end as soon as possible. “In order for Russia to understand that this is not the way to go, it has returned to the negotiating table. Unfortunately it is far from it,” he regrets. According to Fiala, we must help Ukrainians who fled their homeland before the war. And give up some of the comforts you alone because of it.

Fiala stressed that Russian aggression is rewriting the situation on the international stage. “Sweden and Finland suddenly started approaching the North Atlantic Alliance, Switzerland dropped its neutrality, Germany completely changed its doctrine,” he calculated. At the same time, it is said that it is impossible to negotiate with a person who “breaks all the rules”. According to him, strength and determination to wield it are the only things authoritarian regimes and their leaders understand.