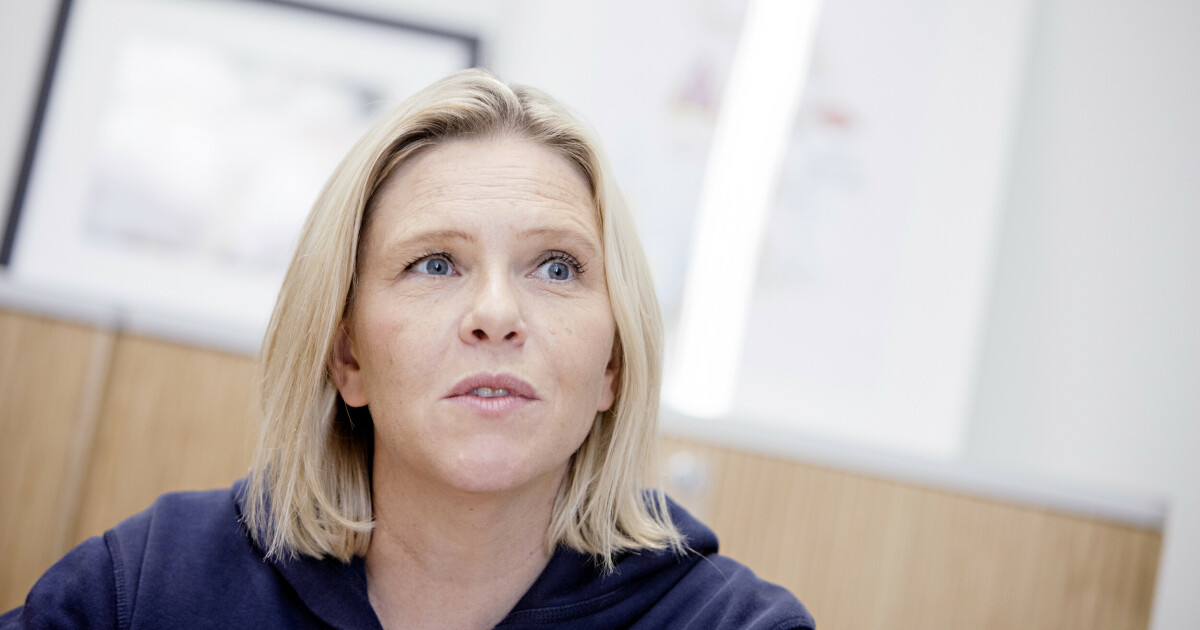 – It is very clear that Norway must now stand up. It is important to start quickly. Now we have to work harder and help out, said FRP leader Sylvi Listhaug.

After a lengthy meeting in the party’s parliamentary group on Monday, parties agreed on how they would respond to Europe’s nascent refugee crisis.

Already, more than 500,000 Ukrainians have fled across the border into neighboring countries, according to the United Nations.

Listhaug is unhappy with what the government has done for Ukrainian refugees so far. So far, they have allocated an additional two billion kroner for humanitarian aid in the country.

In the asylum debate in recent years, Listhaug and Frp have talked about inhaling and exhaling about helping in the surrounding area. FRP leaders believe they are now consistent and follow through on their own policies when they want to let Ukrainians into Norway.

– We are always responsible for the fact that if there is a crisis in our immediate area, Norway must stand up. It is generally seen in the surrounding area that one must resolve challenges when experiencing a refugee crisis.

– But it’s a good distance to Ukraine. Is it mostly about culture and not distance?

– I would say that Ukraine is in the area closest to us. It’s in Europe, Listhaug replied.

The FRP’s solution to helping Ukraine escape the war was twofold: First, it would exhaust the entire remaining refugee quota for Ukraine. This means that they will stop refugees from all countries other than Ukraine.

– Now we have to stop accepting refugees from other parts of the world. Now the crisis is in Europe, and now this is where we have to face it, Listhaug said.

The Government and the Storting have decided that the annual quota for Norway is 3,000 refugees.

– We want to stop accepting quota refugees from around the world. We have to do this urgently so that we free up the places that have been decided to accept Ukrainians, and then in principle children and the elderly, explained immigration policy spokesman Erlend Wiborg.

In practice, this means the FRP will allow Ukrainians to come to Norway at the expense of refugees from other countries, such as Syria or Afghanistan.

The FRP stressed that they will continue to assist refugees around the world with assistance in their immediate area.

The second step is to allow Ukrainians who come to Norway to obtain residence and work permits outside the asylum and refugee system.

On Sunday, the European Union’s justice ministers decided that they would allow all Ukrainian citizens to stay in member states for three years, without having to apply for asylum. The FRP supports the proposal, and believes that the government should do the same at home.

– These are people who are in our cultural circle and who can easily enter Norwegian society. And then work and contribute until it’s safe for them to come back, says Wiborg.

The FRP has so far not set a figure for how many Ukrainians it thinks should be allowed in with a normal residency permit. But it’s not limited, the party leader said.

– They’re almost impossible to say now. Depends on who comes. If they get a job, if they manage it themselves. We can’t lose control. There are limits, Listhaug emphasizes.

Kliss is impossible to say right now. It depends on the person who comes, if you come to work, take care of yourself.

At the same time, the FRP wants the government to provide personnel who can assist with identification work at the border with Poland.

– We are very concerned about securing who enters Schengen. We know that there will always be people who are not persecuted, who can quickly try to use this opportunity to come to Europe. We can’t be naive. We have to be prepared for that to happen now, Listhaug said.

In addition to receiving thousands of Ukrainians, the FRP will also increase humanitarian assistance to the war-torn country. FRP will increase development assistance from two to five billion kroner. They will be used to help both in Ukraine and in neighboring countries.

– We have to start prioritizing the development aid budget. We have to clean up the projects we don’t need to spend money on and set aside more money to deal with the situation in Ukraine and neighboring countries, Listhaug said.

Sylvi Listhaug will now have Justice Minister Emilie Enger Mehl (Sp) in court in this case. She longed for an answer from him about what Norway should do with the expected influx of refugees from Ukraine.

– Actually, we expect the Minister of Justice to explain to us and to the people what the government thinks about what the EU has outlined. “I don’t understand that it will take long to say what will happen,” Listhaug said.

As of Tuesday evening, the Ministry of Justice did not respond to Dagbladet’s questions. To VG, Mehl said that Norway is ready to accept 1000 refugees in a short time.

– Put groups against each other

SV sabotaged the FRP’s proposal to use the remaining refugee quota exclusively for Ukrainian citizens.

– It is not surprising or new that Frp used the opportunity to pit groups against each other. But that doesn’t mean the right to asylum has been revoked because of the war in Europe, said immigration policy spokeswoman at SV, Grete Wold.

– Norway has a good capacity to accept those who come as asylum seekers and quota refugees, regardless of the situation in Ukraine, the SV politician explained.

The Liberal Party has discussed its own plans for the nascent refugee crisis. Deputy leader Abid Raja believes Norway must act now.

– The Russian invasion of Ukraine in recent days has given us a refugee crisis in our immediate area. Europe must act, and Norway must take responsibility, King said.

The Liberals want Norwegian authorities to send Ukrainian buses to Norway to take them to safety.

– Instead of millions of people in vulnerable situations having to go through Europe alone, we should in the acute phase consider bringing Ukrainian refugees from border areas to Norway. This is how white buses brought people home from the war-torn continent at the end of World War II, King said.