Visiting the eastern front for the first time 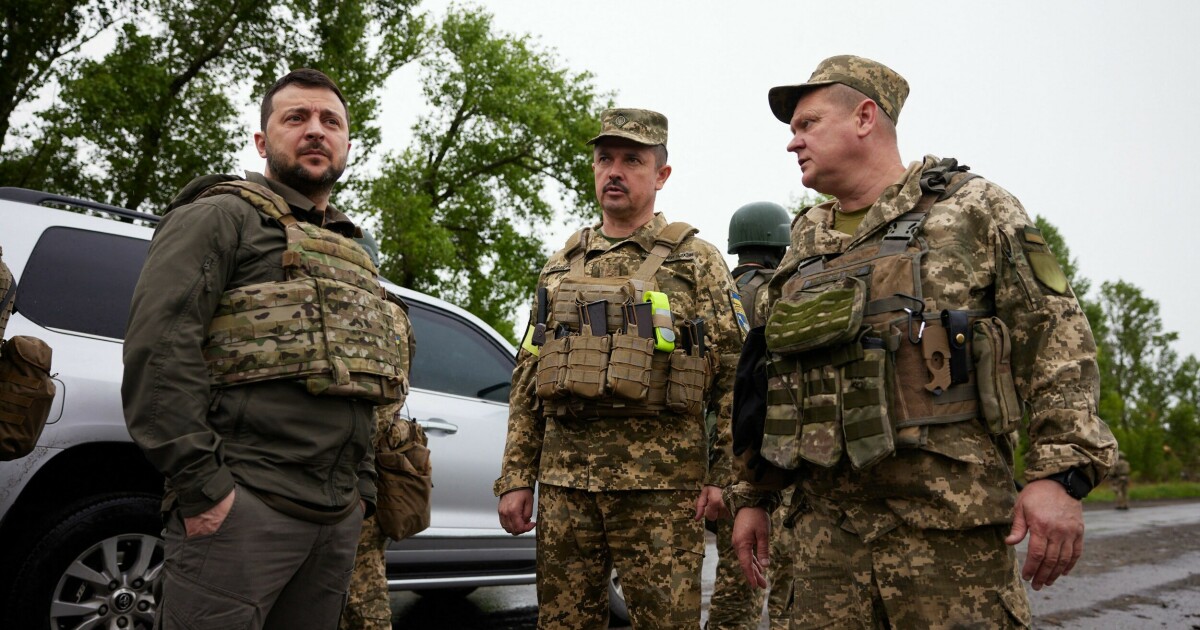 It is the first time the Ukrainian president has left the Kyiv region and visited the eastern front since war broke out on February 24, the main French newspaper said. Le Parisien and the AFP news agency.

According to the Institute for War Studies, clashes are still taking place between Russian and Ukrainian forces in the north of the area, but neither side is making much progress.

However, Ukraine has prevented Russia from taking the city.

– I want to thank each of them for their service. You risked your life for all of us and our country. “Thank you for defending Ukrainian independence,” Zelensky said at the meeting Washington Post.

The Ukrainian presidential office posted a video of Zelenskyj on Telegram, in which the president wears a bulletproof vest and is shown among buildings with major damage in Kharkiv and the surrounding area, NTB wrote.

– 2229 buildings have been demolished in Kharkiv and the region. We will repair, rebuild and get our lives back. Both in Kharkiv and in other towns and villages affected by the crime, he said in the post.

According to one of Zelensky’s advisers, about 31 percent of Kharkiv territory is now occupied by Russian troops.

On Sunday evening, plane alarms went off throughout most of Ukraine, and there were reports of Russian strikes on the cities of Sevierodonetsk and Rubizhne in the Luhansk region of eastern Ukraine.

If Russia succeeds in capturing Sevierodonetsk, it will be a symbolically important victory for Vladimir Putin and the Kremlin, writes the Washington Post.

Local authorities said on Sunday that Russian troops stormed the city, after previous bombs destroyed the city’s water and gas supplies, and also destroyed infrastructure for electricity, the paper said.

60 kilometers east of Sievjerodonetsk, in the city of Lyman, both Russian and Ukrainian defense leaders confirmed that the city had now been taken over by Russia, earlier this week, NTB wrote.

The city is the railway hub of the area and provides access to an important bridge over the Severskyj Donets river.