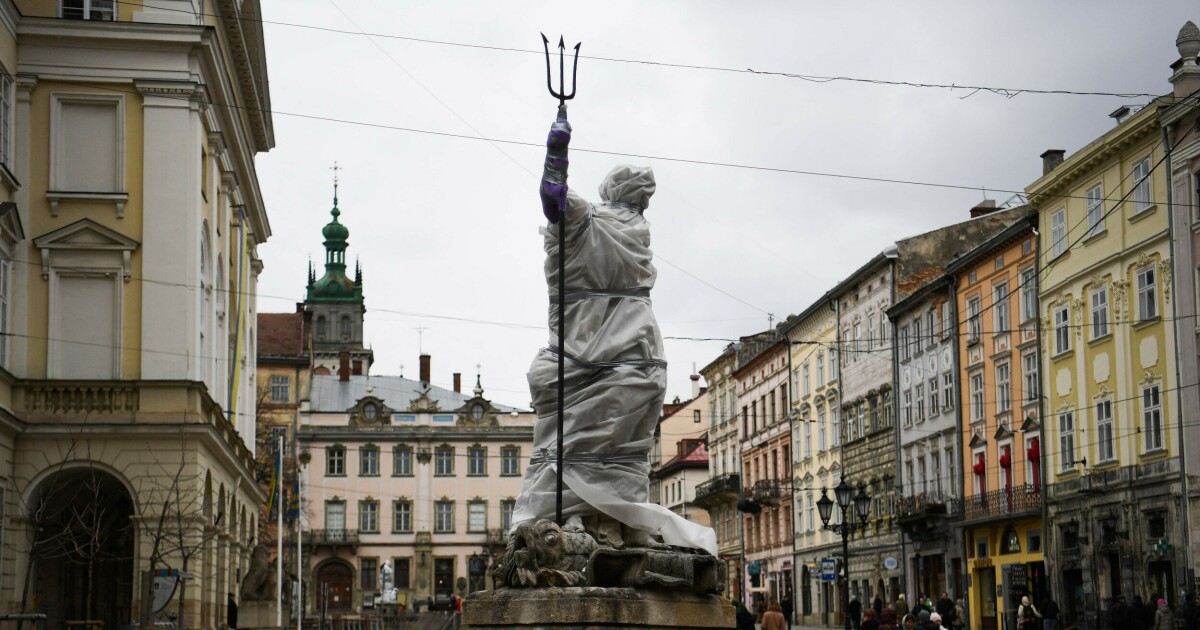 Early Sunday, there were reports of multiple explosions in the outskirts of Lviv in western Ukraine. They were due to anti-aircraft fire on Russian rockets, according to local authorities.

CNNCorrespondents in the city reported that they heard explosions just before 06.00 local time on the outskirts of the city.

Too Securitycorrespondent Lorenzo Tondo reported aircraft alarms and explosions during the same period.

Based on The New York Times airplane alarms sound in almost all major cities of Ukraine at night.

Several media outlets wrote that Russian troops had fired missiles at military bases in the west of the country. The region has so far been less affected by the war.

Eight missiles were fired at the IPSC (International Peacekeeping and Security Center) military base in the city of Javoriv, ​​according to Ukrainian regional and military authorities.

The base, among others, conducts peacekeeping mission training for soldiers. The United States regularly sends instructors there to train the Ukrainian military. NATO has also used the base for international exercises, according to NTB.

The last time NATO used the base for exercises was in September last year, according to The Guardian.

The Reuters news agency wrote that Lviv Governor Maksym Kozytskyy claimed that nine people were killed, and 57 injured, in the attack. He also claimed that the base was hit by 30 missiles – 22 more than previously reported.

The Guardian cited Ukrainian emergency services employees as unconfirmed reports that 20 people died after the attack. At 11.30 Norwegian time, the governor claimed that the number had been raised to 35, according to the Reuters news agency.

The airstrikes brought the war “very close to NATO forces” deployed some 20 to 25 kilometers away, on the other side of the Polish border, according to the newspaper – which also stated that the strikes marked a “significant expansion of the war”. .

Injuries from the attack were transported to a hospital in the Lviv region, among other places.

Lieutenant Colonel and teacher of military strategy at Sweden’s National Defense School, Joakim Paasikivi, described the choice of base as a “right signal effect from the Russian side” to Sweden. Express.

– It sends a signal because it is very close to Poland, at a Ukrainian base where previously there was NATO activity. “These are the things I see for megh that are weighted in the Russian reckoning,” he told the newspaper.

Polish President Andrzej Duda said on Sunday morning BBC that NATO may have to make a new assessment if Russia uses chemical weapons in Ukraine.

When asked by journalist Sophie Raworth whether such a development could trigger direct intervention from NATO, Duda replied:

“If he uses weapons of mass destruction, it will be a complete ‘game changer’,” he said, referring to Russian President Vladimir Putin.

– NATO has to sit down and think carefully about what we should do, because then it starts to get dangerous – not only for Europe, but for the whole world.

On Sunday afternoon, Tass reported that the Russian delegation for future talks with Ukraine was optimistic about reaching an agreement in the near future. They also claim that “significant progress” has been made since the talks began.

Video footage showing what should be Ivan Fedorov, the mayor of the city of Melitopol, being kidnapped by the armed forces, has been circulating since Friday.

Ukraine claims that Russia has appointed a new mayor in the south of the city, according to the British side Sky News.

At 09.00 on Sunday morning, Oleksandr Starukh, governor of the Zaporizhia region, claimed in a Facebook post that the mayor of the city of Dniprorudne – Yevhen Matveev – kidnapped. The claims have not been confirmed by independent sources.

Today, Russian war criminals kidnapped the democratically elected mayor of Ukraine, the head of Dniprorudne Yevhen Matveyev. Not getting local support, the invaders turned to terror. I call on all countries & international organizations to stop Russia’s terror against Ukraine and democracy. pic.twitter.com/jEPTBTLikY

In front of Rada TV, the official channel of the Ukrainian parliament, the mayor of Ruslan Martsinkiv in the western Ukrainian city of Ivano-Frankivsk, claimed that an airport had been completely damaged after what would be the last of three Russian attacks.

No one was killed, according to preliminary reports from CNN.

At the same time, the General Staff of the Ukrainian military claimed in a social media report that pro-Russian separatists were advancing on the eastern outskirts of the strategically important port city of Mariupol in eastern Ukraine – allegedly aided by Russian troops. It wrote NTB.

Earlier on Sunday, Governor Vitaly Kim, quoted by Reuters, also claimed that nine people were killed in an air strike in the southern Ukrainian city of Mykolajiv.

The goal is to invade the city.

At the same time, the General Staff claimed that they were building a Russian offensive on the town of Sevierodonetsk in Luhansk Oblast.

Near the border with Poland

The Kyiv Independent newspaper also reported on Sunday evening that several explosions had been heard around Lviv. The report was that it was a Russian rocket attack, the newspaper wrote.

Moments later, the newspaper wrote on Twitter, referring to a statement from local politician Igor Zinkevytsj, that it was about anti-aircraft guns.

The explosion near Lviv in the early hours of the morning was the result of Ukrainian air defenses against Russian missiles, he said.

Lviv is located in northwestern Ukraine, near the border with Poland.

On Saturday, the small town of Volnovakha in the Donetsk region in eastern Ukraine was hit by a Russian attack, wrote BBC.

Images from Saturday showed the massive destruction of the separatist-held city.

Volnovakha has been controlled since 2014 by Russian-backed separatists.