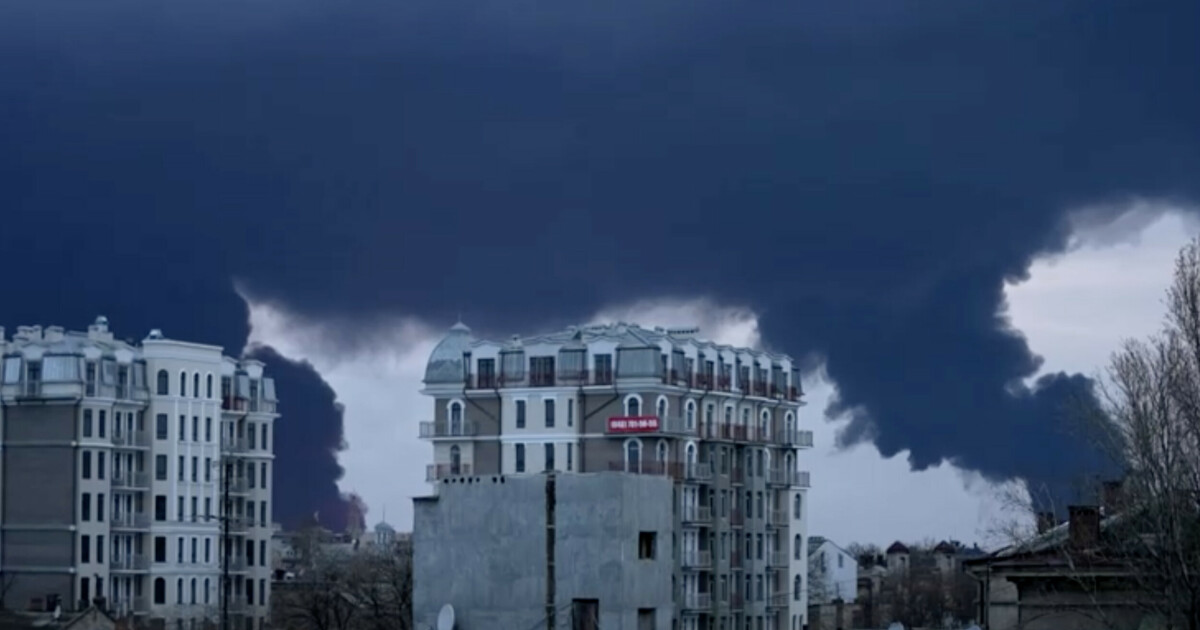 At around 5:00 a.m., three pillars of thick black smoke rose from the industrial area of ​​the strategically important port city.

“The window in my hotel room was shaking,” Washington Post correspondent Isabelle Khurshudyan wrote on Twitter, attaching a photo of black smoke billowing between the buildings.

A reporter from the AFP news agency also witnessed the explosion.

A spokesman for the Odesa regional military authority asked residents to stay in shelters, the BBC reports.

There must have been a missile attack in Odesa Sunday morning, the city council in Odesa wrote in a statement.

On Sunday morning, Russia reported that with a missile strike they had destroyed an oil refinery and three oil depots near Odesa, Reuters wrote.

According to Reuters, Russia claims that the plant is being used to supply Ukrainian troops in the town of Mykolaiv, which is close to an oil refinery.

The Lieutenant Colonel at the defense school, Geir Hågen Karlsen, tells Dagbladet that the Russians have some interest in attacking and taking Odesa.

– Odesa is a large port city and the last place where Ukraine has access to the sea. Russian naval forces have blocked the sea route so that Ukraine cannot enter and exit by ship now, he told Dagbladet.

Although the Russians had a strong desire to seize Odesa, their goal was still very far, the lieutenant colonel explained.

– They had been pushed back further east when they tried to take the city. This may be a priority far ahead for Russia, if they have enough power for it, Karlsen said.

He explained that attacks on oil refineries are also a strategic goal for Russia.

– Special attacks on oil refineries and depots are another operation to extract Ukrainian fuel supplies to troops in the area. Therefore, it may not be a direct attack on the city, but on strategic objectives and supplies, he said.

Dagbladet is following the case.