war – Traces of the collapse of Russia 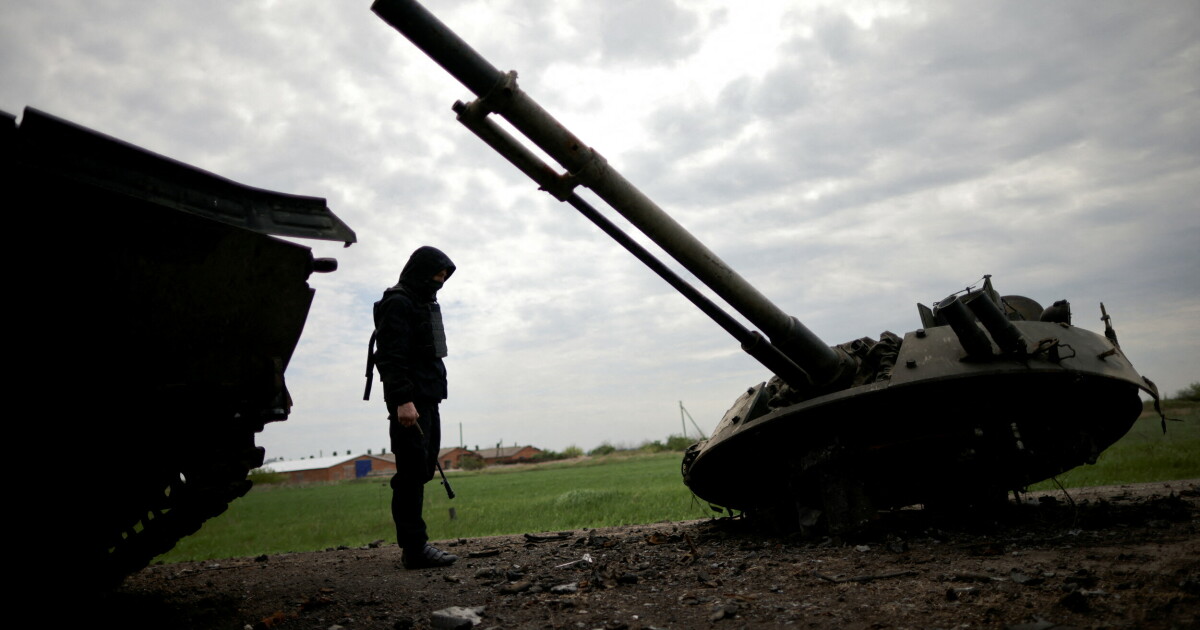 The war in Ukraine ends in two to four weeks as Russia wants to run out of troops, says British military expert Mike Martin.

– Russia will run out of troops, and Ukraine could counterattack, says Martin BBC.

The Russians had wasted one of their chances to seize Kyiv territory, he believed, adding that the troops were “beaten and wounded” after trying to seize the capital.

“They withdrew all the wounded troops from Kyiv and then tried to regroup them for fighting in the east,” he said.

After first entering Ukraine from the north, south and east, Russian troops withdrew from the area around the capital in late March.

Subsequently, the strategy was changed to try to control the Donbas region, which included the Luhansk and Donetsk counties.

However, a senior official at the US Department of Defense claims that the siege of the Donbas region also did not go according to plan.

– We trust and judge them so they are behind schedule in terms of what they are trying to achieve in Donbas, the official told the DPA news agency.

Russia had hoped to make much greater progress in encircling Ukrainian forces, but they have been met with fierce Ukrainian opposition, the claim further.

– Fighting has been intense around Lysychansk and Sievjerodonetsk, and attempts have been made to advance south of Izium against Slavyansk, stated in a evaluation from British intelligence on Friday.

“As a result of Ukraine’s strong resistance, Russia’s territorial advantages are limited and Russian forces have incurred significant costs,” he added.

Ukraine’s defense leadership claimed on Friday that Russian troops on Friday night halted advances in the Donbas, but this has not been independently confirmed.

– The enemy has not yet taken offensive actions in the direction of Izium, it is stated in the announcement from the General Staff, where it is also stated that the artillery attacks of the Russian troops are continuing.

According to a Ukrainian defense leader, however, Russia is planning to step up attacks and has brought reinforcements to the area.

He still believes that Russian troops have sufficient equipment to carry out further attacks in Ukraine.

– Of course, the residents still have supplies of equipment. They still have missiles that can hit our territory, he said according to CNNand added:

– But this war has weakened Russia so much that they should plan to have less military equipment for parades in Moscow, he said.

The annual military parade on Red Square in Moscow on May 9 is the anniversary of the victory in World War II.

Zelensky further claimed that Russia had lost more than 23,000 troops since the February invasion. However, the information has not been independently verified.

Russia occasionally shows up with the number of soldiers killed, which seems to be greatly underestimated. Two days before the previous Russian update, NATO officials estimated that between 7,000 and 15,000 Russian troops had died fighting in Ukraine, NTB wrote.

US officials estimate losses of between 7,000 and 14,000 at about the same time, but admit that estimates are uncertain.

Kremlin spokesman Dmitry Peskov acknowledged in early April that Russia had suffered significant losses in Ukraine. He said it was a “huge tragedy” for the country, but did not give any figures.