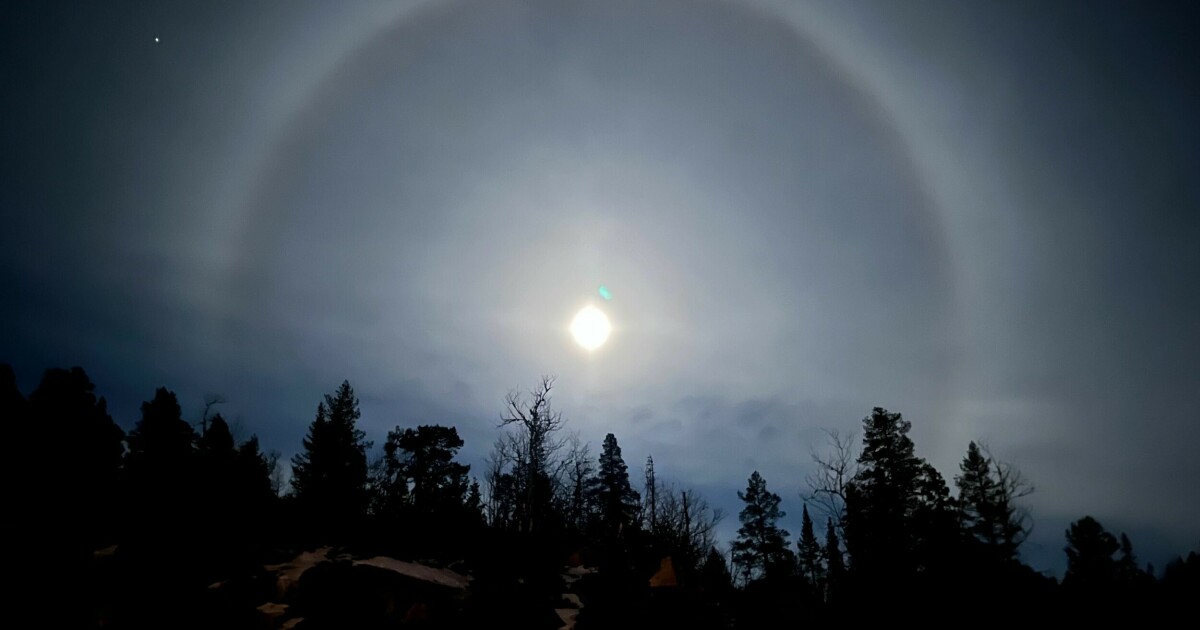 If you’re in the Norefjell area on Good Friday and look up at the sky, you can observe a special phenomenon at night.

The perfect circle that forms around the moon may be reminiscent of the northern lights, but it appears for a completely different reason.

A meteorologist says that optical phenomena may be a sign that you will face bad weather ahead.

– This is a halo, Siri Wiberg at the Meteorological Institute insisted when she saw the image of the circle.

He explained that rings could occur around the sun and moon.

– Halos occur when light from the moon shines through ice crystals in the atmosphere.

This is in contrast to water particles, which consist of normal clouds.

During the colder months of the year, water particles can turn into ice, which reflects light in a special way as they reproduce as clouds of fog.

– They warn that there is bad weather on the road. They like to lie in the western country and climb into the mountains. The clouds are so thin that you can see the sun and moon through them, Wiberg said.

It is a form of ice crystals that causes light to form a ring around a person standing and looking at the moon or sun.

– When light shines through a crystal, the light is refracted at 22 degrees. This means the rays spread out in a circle, Wiberg said.

He explained that this is similar to the way rainbows form, where light rays are also scattered after being reflected through water in the atmosphere.

– The difference is that the light in a rainbow must be reflected in different degrees, so the colors are diffused. In a halo, light is scattered at only one angle.

The Northern Lights are something else entirely, Wiberg said, caused by electrically charged particles gathering around magnetic poles.

– The northern lights are formed by particles from the sun hitting the atmosphere, as a result of very strong solar winds, he said.