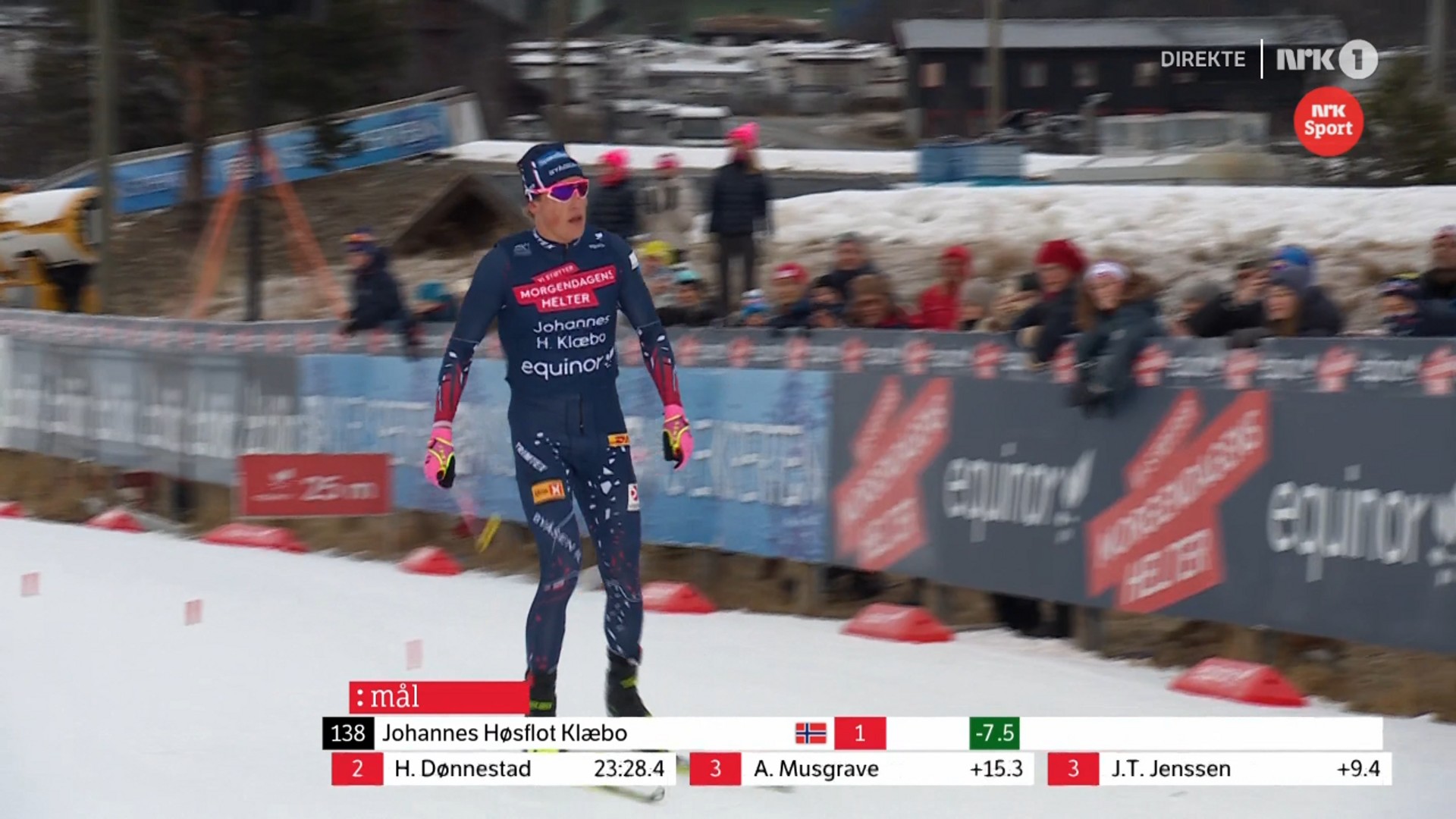 Klæbo was pressed by surprise man: – What actually happened?

Johannes Høsflot Klæbo won for the second time in two days at Beitostølen on Sunday. Unknown Henrik Dønnestad was the only one who gave Klæbo the fight to the end.

– What really happened, exclaimed Torgeir Bjørn as time was running out for Klæbo.

But on the run, Klæbo struck the final blow and secured the victory.

– It must be high, in my opinion, answered Klæbo when asked to describe his good start to the season.

Now he will conduct a thorough assessment of whether he travels to Ruka for next weekend’s World Cup opener.

– I really want to go. This can get harder the faster you go. I will make a sensible choice on Tuesday, but I think it will hurt me not to travel, explained Klæbo.

The big surprise was Dønnestad, who came from between 1 kilometer and 5.6 kilometers deep and finished very strongly. It eventually ended with an impressive second place.

– It’s just a dream. That’s what I’ve lived for many years and to be there alone is an unimaginable pleasure, said a delighted Dønnestad. Andrew Musgrave came in third.

– Incredibly good race. He was running fine yesterday as well. I might take it to the 2018 World Cup race, with three miles here (Beitostølen). So he’s gotten smoother and smoother over the years. He is a good skier, and this is probably the best thing he has ever done, said Nossum, who also said that Iversen had priority as a national team skier over Ruka.