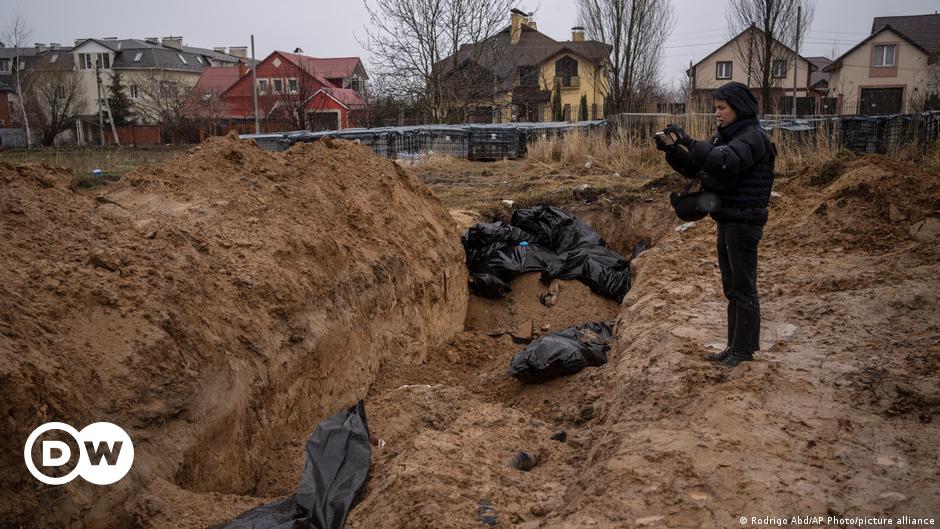 The President of Ukraine, Volodymyr Zelensky, invited former German Chancellor Angela Merkel to Bucza, which was affected by atrocities committed by Russian soldiers. In Bucza, near Kiev, Merkel, as well as former French president Nicolas Sarkozy, can see what their damning policies have brought to Russia, Zelenskiy said Sunday night in the video.

“I invited Merkel and Sarkozy to visit Bucza and see what the concession policy to Russia for more than 14 years has brought,” Zelenskiy said. “They will see Ukrainians and Ukrainian women being tortured with their own eyes.”

In 2008, Zelenskiy said NATO countries, including Germany, gave Ukraine the prospect of membership, but later withdrew because of Russia. Due to Russia’s “unreasonable fears of some politicians”, the Ukrainian president said. They believe that “by rejecting Ukraine, they will succeed in pacifying Russia.” Angela Merkel led the German government from 2005 to 2021.

Because of these “miscalculations,” there was a revolution in Ukraine, an eight-year war in the Donbas of Eastern Ukraine, and now “the worst war in Europe since World War II.” But “we don’t blame the West,” Zelenski added. Russian soldiers and those who gave them orders.”

Massacre of civilians in Bucza

The photos from Bucza, where many bodies of citizens were found in the streets after the withdrawal of Russian troops, shocked international public opinion. It’s about the “new Srebrnica”, where there is a massacre of civilians. Ukraine blamed the Russian army, which until recently occupied a small town, for the massacre. President Zelensky accused Moscow of genocide. Moscow denies it.

German Chancellor Olaf Scholz announced further sanctions against Moscow. “The killing of civilians is a war crime,” Scholz said Sunday night in Berlin. – This crime of the Russian armed forces must be fully explained – he stressed. The perpetrators and those who ordered these atrocities must be “accounted for,” Scholz said, adding that a decision on further action between the allies would be made in the coming days. Russian President Vladimir Putin and his supporters “will suffer the consequences, and we will continue to provide weapons to Ukraine so that Ukraine can defend itself against a Russian invasion,” the German Chancellor stressed.