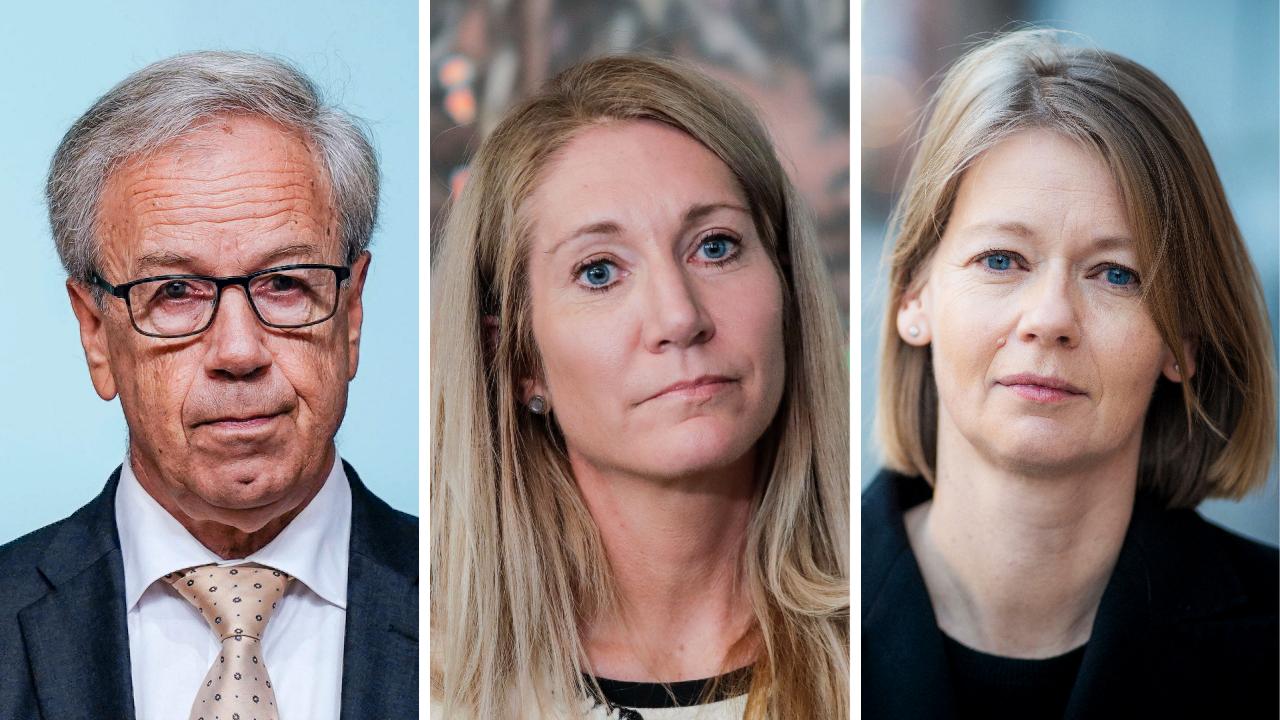 Since this summer, there has been a heated dispute over whether only employees belonging to unions should sit on Norges Bank’s main board.

The exciting thing is that the parties can’t agree on a tough battle of principles.

Negotiations between the main board and the two unions, Akademikerne i Norges Bank (ANB) and Finansforbundet Norges Bank (FFNB), have failed on the marble floor.

The case has been on the table of the Norges Bank Supervisory Board, who shook hands.

Now the Ministry of Finance is also involved in a tug of war, namely whether it still has to be the two largest trade unions, each of which will nominate its own candidate, or whether the unorganized will also have a chance. , with elections held by vote among all employees.

Positive to be organized

The chairman of the Supervisory Board, Julie Brodtkorb, indicated that his party hoped for a positive solution for employees to be organised.

The then central bank governor, ystein Olsen, who in late summer last year raised the topic:

In a letter to the Norges Bank Supervisory Board on November 25, Olsen had to admit that negotiations had stalled.

“It was determined through talks that it was impossible to reach agreement on a joint proposal for an electoral system, and on that basis the parties agreed to end negotiations,” he wrote.

The Norges Bank Executive Board consists of the Governor, two Deputy Governors and six external board members. Two board members are selected in addition by and from among the employees to participate in processing administrative matters.

In practice, the selection of members elected by employees has been carried out by the two largest unions which appoint one board member and one deputy member each to the main board.

This is the practice from 1991, when the Supervisory Board decided that the two largest trade unions (later Funktionærforbund Bank Norges and the LO committee at Bank Norges) each appointed a representative to the Executive Board.

This fall, the Executive Board stopped negotiating, and referred the matter to the Norges Bank Supervisory Board, chaired by Julie Brodtkorb.

It was concluded in March that management and unions should take a new chapter.

But they have also taken the initiative with the Ministry of Finance, to see if there are laws to lean on.

VG has filed and gained access to the documents in this case.

ystein Olsen thinks it is possible to believe they have the law on their side:

In his letter to the Supervisory Board on November 25 last year, he referred to the Central Bank Act of 1985, where preparatory work warned against the proposal that the electoral system be determined after negotiations with employee organizations.

«The rights granted by law to employees for representation in government bodies apply to all employees. One should take this and the general principle of freedom of association into account when formulating election rules for employee representatives”, he said.

– True as all employees have

Olsen emphasized in his letter that the Executive Board proposed that the Supervisory Board establish a new electoral system that is better than the current system which reflects the Central Bank Act’s second paragraph 2-3 requirement that two board members must be elected “by and among employees”, and “Which takes into account the guidelines laid down in the preparatory work for the Act, where it is emphasized that the employee’s right to representation on the Executive Board is a right that all employees of Norges Bank have, regardless of whether they are unionized or not”.

The chair of the supervisory board, Julie Brodtkorb, responded as follows when VG asked if there was a full-blown conflict between the unions at NB and central bank management:

He emphasized that the Supervisory Board considered that in principle it was important for bank management and trade unions to have a good dialogue and be able to agree on a scheme.

– In the case presentation, we have seen that there is some difference of opinion between the union and the main board about whether or not it is legal to have a scheme as has been the case since 1991, where trade unions have been represented on behalf of the Executive Board employees. Therefore we ask for clarification on this matter from the Ministry of Finance.

– Why did you ask in the minutes of the main board to clarify to the supervisory board your current attitude towards the union: Do you have a feeling that it is not good?

– We did this to get in black and white what we from current bank management consider a positive attitude towards organizing employees, he said and elaborated:

– If both parties to this conflict take this as their starting point as they sit back to find a solution, we hope that together with the clarification of the law in the Central Bank Act, it can lead to them agreeing on an arrangement without the Supervisory Board having to step in to decide one or the other.

– Must be completed where it should be

– And what is the opinion of the majority of the Supervisory Board?

– All members of the Supervisory Board believe that this issue should be resolved where it should be; between bank management and labor unions. That’s why we conclude as we have.

– What happens if the Governing Board sends the matter back to the Supervisory Board?

– Then the supervisory board will have to decide, but we believe the bank management and unions see that it will be unfortunate.

– What do you mean as head of the supervisory board?

– I have no opinion. It is the Supervisory Board as a whole that has an opinion based on the mandate.

– You are the leader of an employers’ organization, have you heard of a similar example where management and trade unions could not agree on it?

– No, I don’t have one, says Brodtkorb, who is the daily CEO of the Association of Mechanical Engineers.

Central Bank Governor Ida Wolden Bache won’t say anything about the outcome or much about the process.

Steinar Guriebye, shopkeeper for Academics at Norges Bank, said he was shocked that the case had emerged.