The world media is delighted with Szczęsny 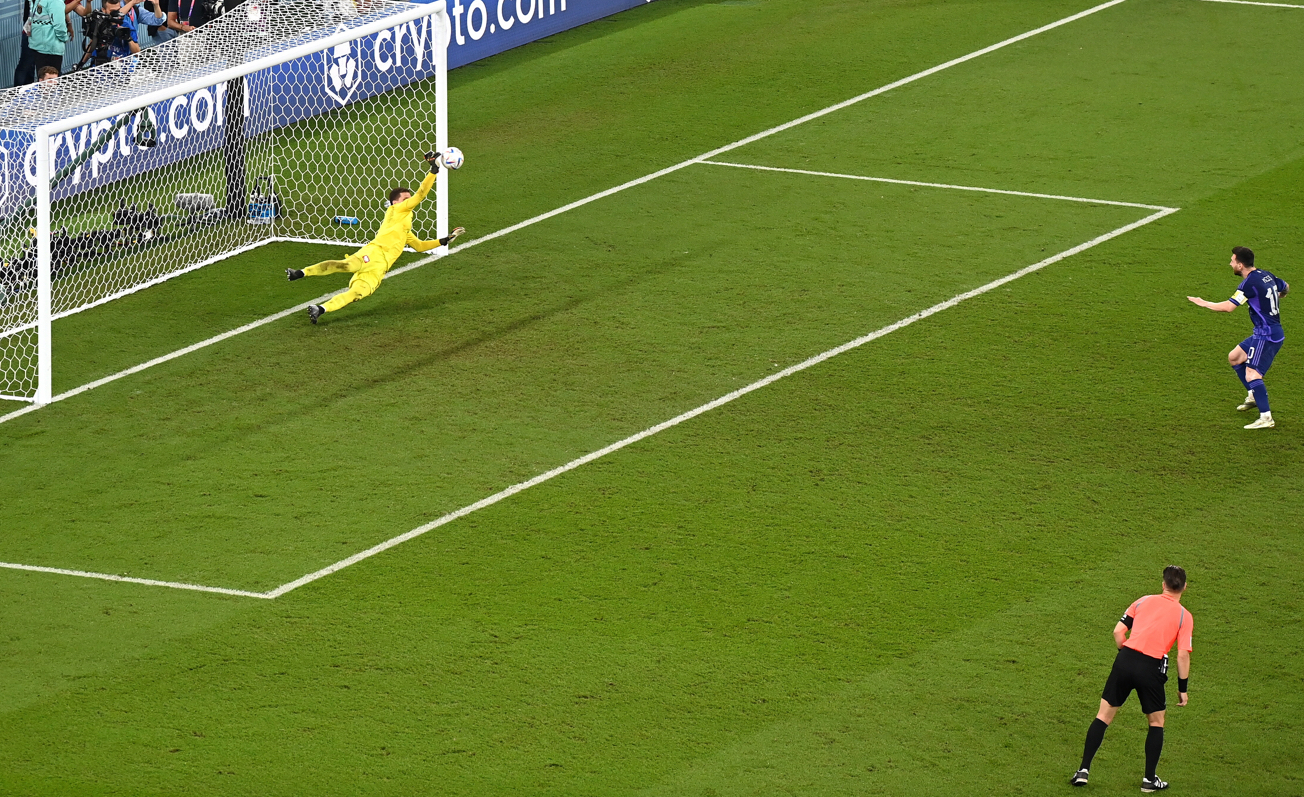 The excellent and passive Wojciech Szczęsny in the match against Argentina (0: 2) the Polish team, who happily advanced to the 1/8 finals of the football World Cup – this was the tone of the world media commenting on the final result in group C .

According to the British BBC station, the white-and-red showed the most energy and passion on Wednesday night … after the final whistle of the referee, but in the match … Mexico against Saudi Arabia, the result of which – 2:1 in favor of the Latin American team – promoted Poland to the 1/8 finals.

Poland is passive but happy

– summarized on the BBC and added:

The Poles can count themselves lucky to stay in the tournament after a dismal showing, in which they caused Argentina no trouble, and striker great Robert Lewandowski did not set an example of his skill.

The Spanish daily “Marca” noted that as long as Szczęsny is undefeated, Argentina can be nervous, but then they are confident and can save strength in the end.

The paper also points out that when captain Lionel Messi, who missed a penalty, missed, a young wave of Argentine football was felt in the form of goalscorers Alexis Mac Allister (23) and Julian Alvarez (22) and Enzo Fernandez (23). ).

Leo didn’t score, but don’t worry… +kids+ were there

The Scandinavian media judged that in the first half Poland was very brave, but in the second they were very passive and if it weren’t for Wojciech Szczęsny, Argentina probably would have won more.

The outstanding Polish goalkeeper is showing his class again. This time, he managed to hypnotize the world’s best footballer, Lionel Messi, and save a +odd+ penalty, already his second in the tournament. Robert Lewandowski’s smile after the game ended and the promotion news speak for themselves

Poland, having lost the match and Mexico’s win too low, advanced to the 1/8 finals, but achieved with the first two appearances in Qatar.

– commentary on the Swedish daily “Aftonbladet”.

Crazy gameplay in Group C. Poland loses, but earns promotion in a thriller that lasts until the last minute

The extraordinary disposition of Szczęsny, who defended Messi’s “highly debatable penalty”, was emphasized.

Norwegian daily Verdens Gang wrote that Messi “had a penalty” but was unable to convert it because “the brilliant Polish goalkeeper knew the plan”.

Norwegian TV channel NRK commented that “the best Argentinian magician cannot cope with the expert concentration of the Polish goalkeeper and his magic gloves”.

The Danish daily “Ekstrabladet” believes that Poland played very passively, without ideas, and even stood in the second half, however – thanks to the four points and the result of Mexico’s match with Saudi Arabia – they advanced.

It may not be a pretty ball, but it’s a great tournament and it’s the results that count

In Iceland, it was noted that despite the defeat, Poland left the group, i.e. thanks to another great save by “the best goalkeeper in the World Cup”.

The German football magazine “Kicker” focused on Argentina, noting that the “Albicelestes” were able to forget about the false start with Saudi Arabia and look at the rest of the tournament with optimism, because as a reward for winning in the group they will get Australia in the 1/8 finals.

— Poland’s attitude is analyzed, but Jakub Kiwior’s not-so-effective intervention is also alerted, which saved Poland from missing the third goal and possibly exiting the tournament.

Poland can celebrate thanks to a better goal difference than Mexico

Messi didn’t score a penalty which is debatable, but Argentina dealt with Poland